Developing Story: One Dead, 14+ People injured in a Horrific Vehicle Crash into an Apple Store Front in Massachusetts this morning 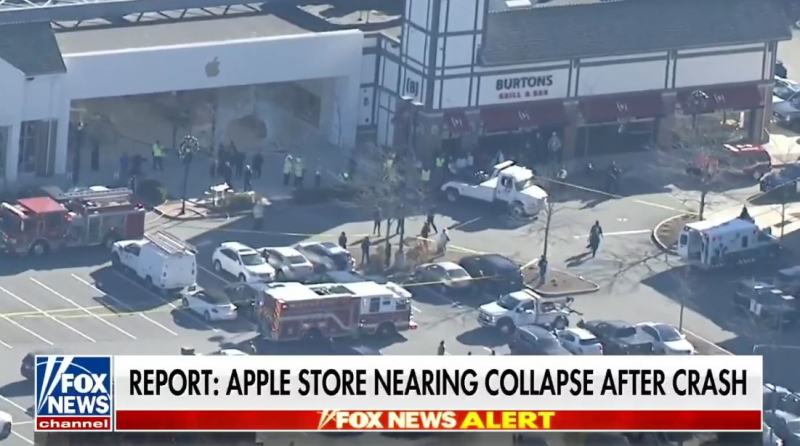 This morning first responders arrived at the scene after a vehicle crashed through the front of an Apple store in Massachusetts on Monday. We waited to report on this until more news was available.

We're learning that at least one person was killed in the incident and 14 people have been taken to local hospitals, with four of the victims in critical condition, according to local media. The vehicle was still lodged against the back wall of the store as of early afternoon, and Hingham police called for a tow truck to remove it.

Plymouth District Attorney Timothy Cruz said at a news conference: "This morning was an unthinkable morning and people are trying to get through it and process what happened.  "This investigation is active and ongoing," adding that a dark-colored SUV went through the store's plate-glass window and struck multiple people.

Several people were trapped inside the store until the vehicle could be moved. The store is reportedly nearing collapse after the incident. In a statement to Fox News Digital, Apple said it was "devastated" by Monday's events. For more, read the full Fox News report. 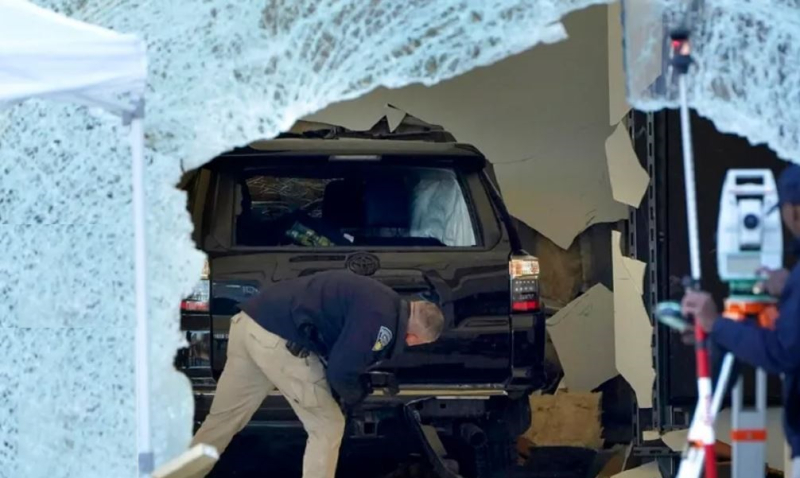 A law enforcement official, center, examines an SUV inside an Apple store on Monday in Hingham, Massachusetts. The crash left a large hole in the glass front of the Apple store and killed one person.  (AP)

Report Updated: 1:44 pm PST: A report by the Independent via Yahoo! Finance states that Plymouth County District Attorney Tim Cruz said during a press conference that several 911 calls came in from the Derby Street shops at around 10.45am. A dark-colored SUV appears, went through at a rate of speed undetermined, through a … glass window and struck multiple people.

Mr. Cruz told reporters that employees were “visibly shaken and they’re assembling nearby. This investigation is active and ongoing. We are very limited as to what we can say at this point. Fourteen of the victims were taken to South Shore Hospital and Weymouth and two victims [were] taken to Boston area hospitals. See the video with Mr. Cruz here.

The local outlet identified the car as a Toyota 4Runner.

Police called for a tow truck to remove the vehicle which is lodged in the back wall of the shop, trapping people inside.

Several ambulances from departments some distance away from Hingham have been brought to the scene, as well as a medical helicopter.

Following the crash, several people were laying on the ground just outside the store as they were being taken care of by first responders.

“My wife is at Derby Street in Hingham, a black 4Runner drove full speed into the Apple store,” one man posted on Twitter. “She said there are a lot of injuries −my wife used a spare jacket as a tourniquet.”

“It sounded like an explosion,” one witness said, according to WCVB. “It was so loud.”

One person at the scene told the local TV station that the driver was bloody but alive when they were removed from the SUV by emergency workers.

“You’d have to really be picking up speed to end up in the storage area at the back side of the Apple store,” Frank O’Brien, who was shopping in the area at the time of the incident, told WCVB."

We'll continue to update this report should important details be made public, such as to the name of the driver of the vehicle involved in this incident and what charges may be made public.