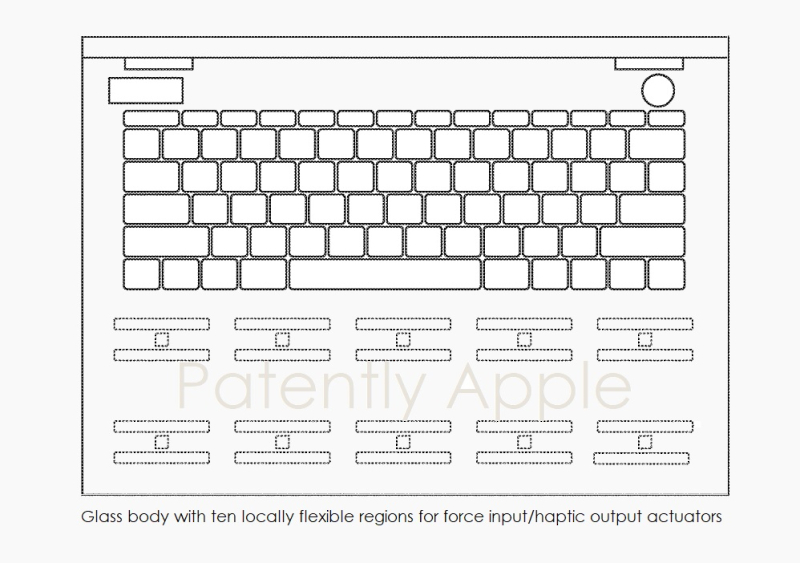 Today the U.S. Patent and Trademark Office officially published a series of 67 newly granted patents for Apple Inc. In this particular report we briefly cover another patent pointing to a possible future MacBook with a glass body that includes a keyboard but a second display where the trackpad and palm rest traditionally are positioned. A second patent covers water detection and rejection for Apple Watch. And, as always, we wrap up this week's granted patent report with our traditional listing of the remaining granted patents that were issued to Apple today.

Apple was granted patent US 11487362 B1 titled 'Enclosure with Locally-Flexible Regions." Apple reveals a new MacBook design that could include a glass surface at least in the keyboard-trackpad region. The traditional trackpad would be replaced with a smooth glass finish encompassing the entire area from edge to edge and not a restricted area as it is today.

Apple's patent FIG. 2A below depicts an example distribution of locally-flexible regions defined into an interior surface of an electronic device that may be associated with a force input/haptic output interface. More specifically, Apple notes that the force input/haptic output interface #1200 also includes a haptic actuator #1214 that can include a piezoelectric element.

As a result of this construction, an actuation of the force transducer induces a bending moment into the support structure to generate a haptic output through the external surface. 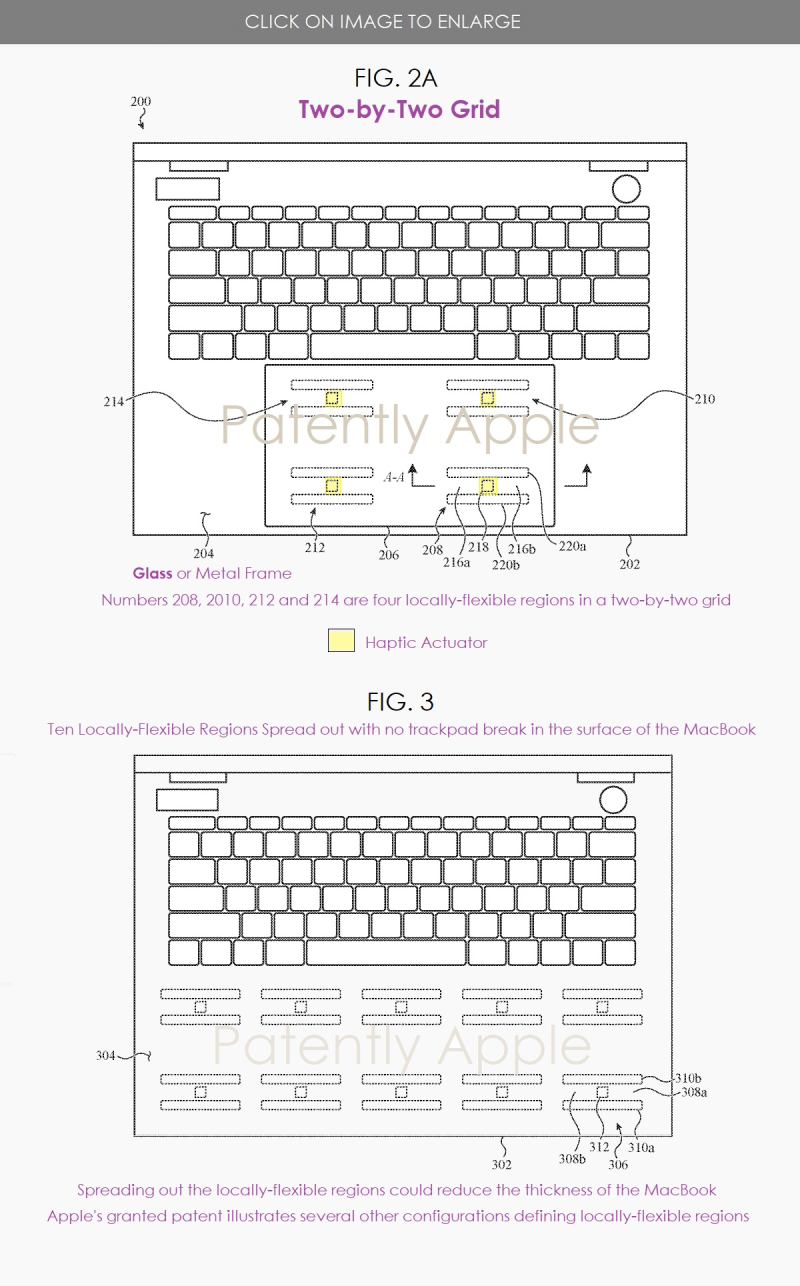 As noted in patent FIG. 3 above we're able to see that with a glass design, the new force input/haptic output actuators could be spread out over the width of a future MacBook that would reduce the thickness of the MacBook while eliminating the traditional cutout region for a dedicated trackpad.

Apple's patent FIGS. 1A and 1B below are schematic diagrams illustrating a cross-sectional view and a top view of an example integrated water-resistant sensor device. 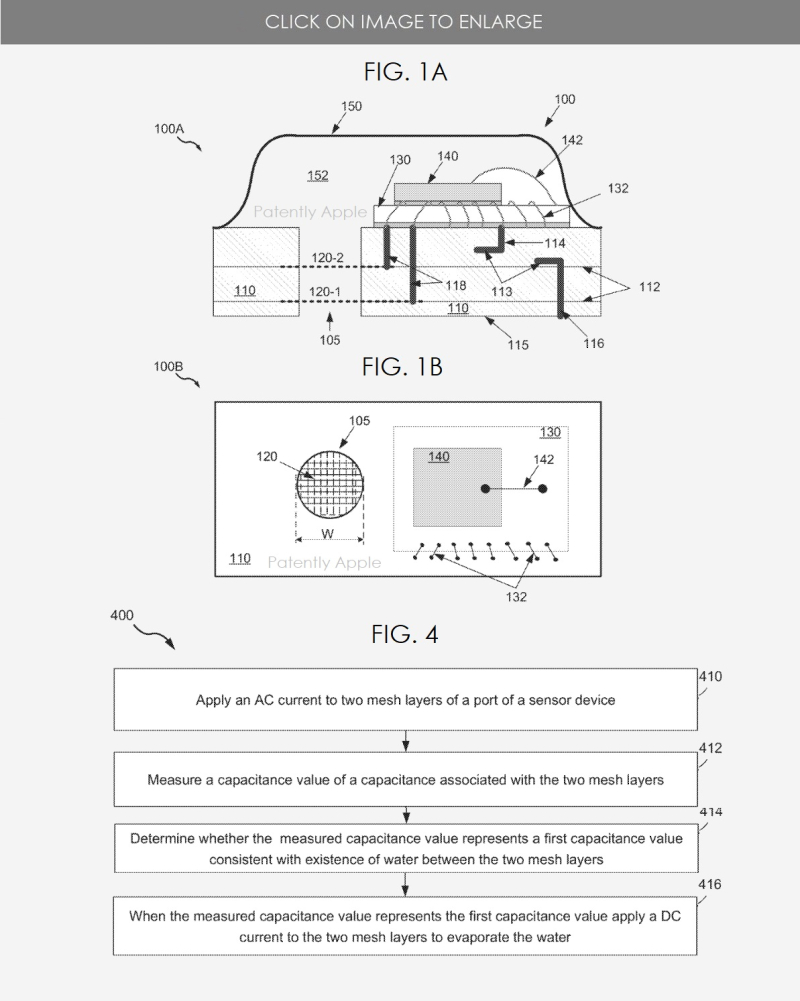 Apple's patent FIG. 4 above is a flow diagram illustrating a functional process of an example integrated. water-resistant sensor device. 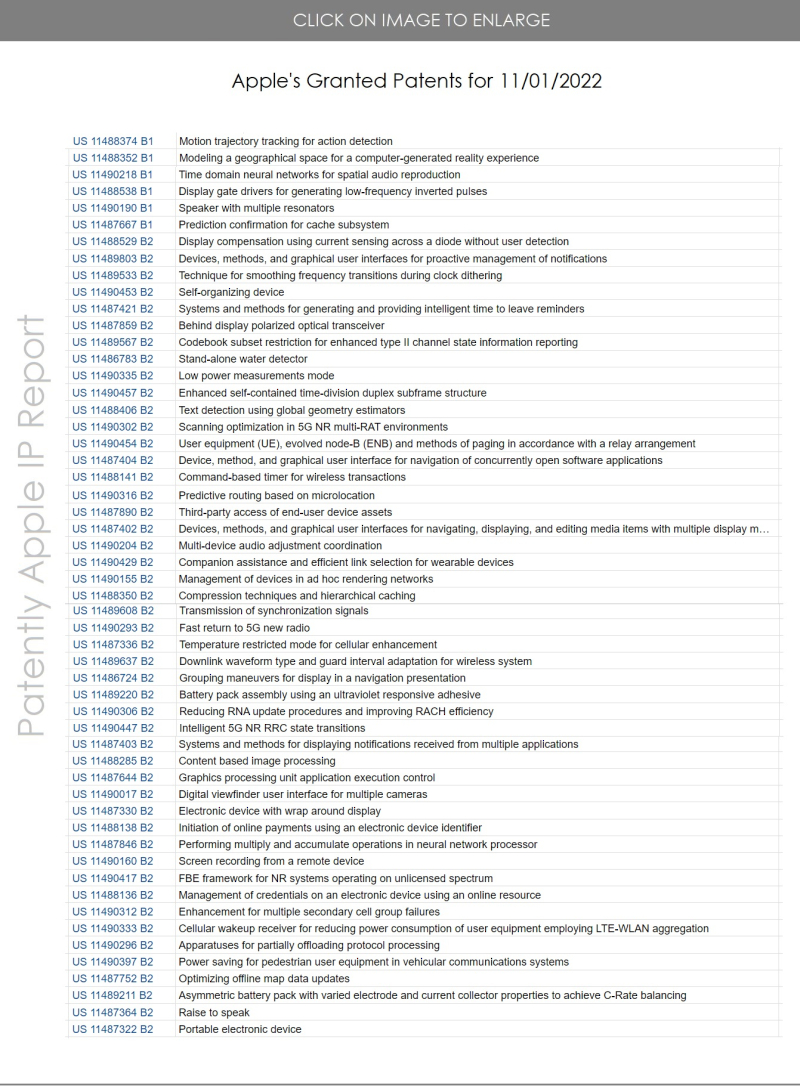