Home Archives Contact Us Subscribe Twitter MeWe Facebook Patently Mobile
Apple has Won a Patent for a possible Future Apple Watch Band that will deliver Constant Tension & Superior Comfort
While Apple has stated that their Industrial Design Team has strong leaders with decades of experience, insiders voice their concerns 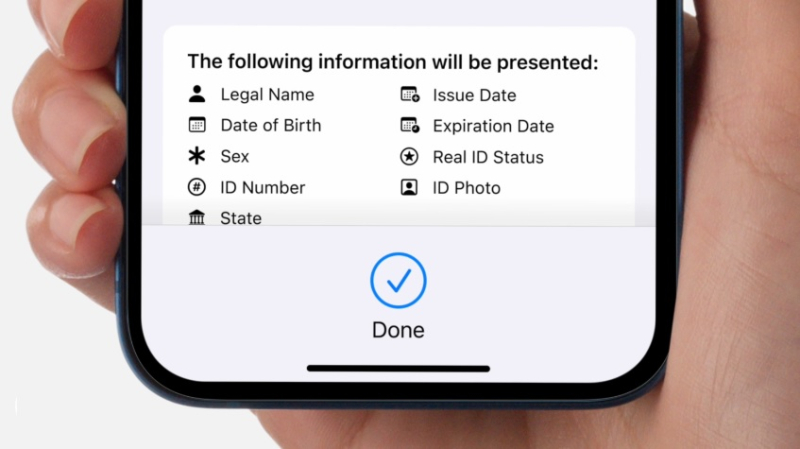 Today the U.S. Patent and Trademark Office officially published a series of 42 newly granted patents for Apple Inc. In this particular report we briefly cover one of Apple's many patents on their Driver's License and State ID for the iPhone's Wallet app. We also cover a patent relating to setting up an Apple Watch using a scanned image from an iPhone – and as always, we wrap up this week's granted patent report with our traditional listing of the remaining granted patents that were issued to Apple today.

Background of patents relating to Driver License and State ID in Apple Wallet:  In October 2019 Patently Apple posted an IP report titled "Is Apple working on a National ID Verification System?" That was the first patent on this subject matter officially titled "Identity Credential Verification Techniques." Then a series of Apple patents came to light (01, 02, 03, 04 and 05) on this project in September 2020 with the common title "Providing Verified Claims for User Identity." All 5 patents covered the same patent figures. In April 2021, another patent application came to light on this project titled "User Authentication Framework," about authenticating a user with a mobile device beyond Face and Touch ID and into the area of an e-Passport.  In August 2021 Apple won their first patent for this project covering the "Identity Credential Verification Techniques," that we covered in 2019 noted above. In December 2021, Patently Apple posted yet another patent application report titled "Apple files a new Digital ID System patent that focuses on allowing a user to Share their Credential Information on a Second Device."

Today, Apple was granted another key patent for their National Security ID for the iPhone Wallet titled "Identity Document Authentication," which covers identity documents (IDs), including authenticating an ID.

Some transactions require a user to present a valid ID in association with the transaction. For example, a merchant at a brick-and-mortar store may require a person to present an authentic ID, in order to verify that the person is of legal age to purchase a product and/or service.

Apple further notes in their patent that in brick-and-mortar stores, a merchant may have experience in distinguishing an authentic physical ID from one that is not authentic. For example, a physical ID may have multiple security features (e.g., watermarks, textures, engravings, holograms) that are detectable through sight and touch of a person trained on the features. However, if an image of the ID is provided to an on-line merchant (e.g., which may be an automated service), that service may not be able to detect the security features to verify that the ID is authentic, much less verify if the purchaser is the person to whom the ID was issued.

The subject system of this patent provides for authenticating a user's physical ID with an identity provider (e.g., an issuer of the ID) to create an electronic ID for a given service or domain of services. 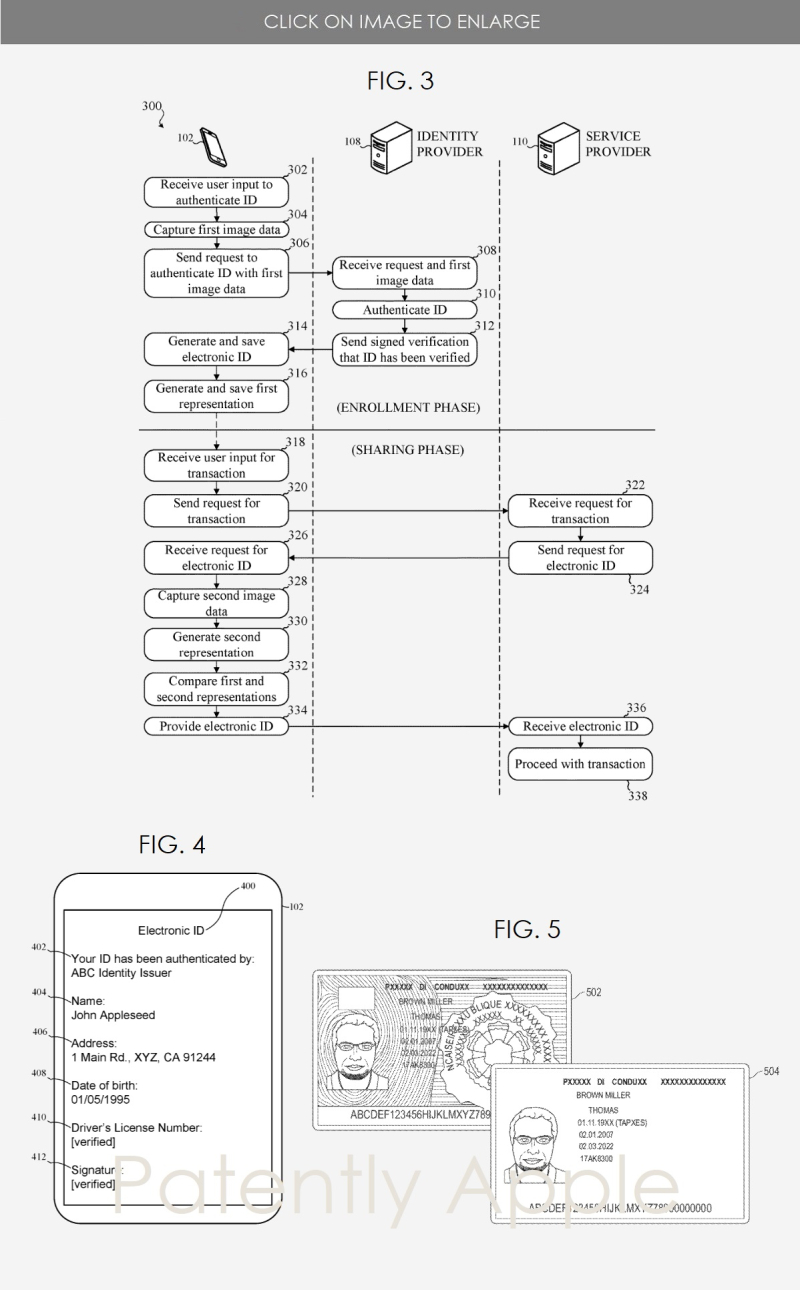 Pairing an Apple Watch to an iPhone+ Patent

Today Apple was granted a patent titled "Image Capture to Provide Advanced Features for Configuration of a Wearable Device." In large part, the patent covers setting an Apple Watch using your iPhone.

Apple's patent FIG. 2 below illustrates setting up or resetting an Apple Watch using your iPhone. At the 3:57 mark of this set-up video, you'll see the particle cloud on the Apple Watch signifying that the Watch is ready for set up. The user places the iPhone camera on the backside of the iPhone to frame the particle cloud and scan the image which pairs the two devices. Here's another step-by-step process that Canada's Telecom company TELUS presents. 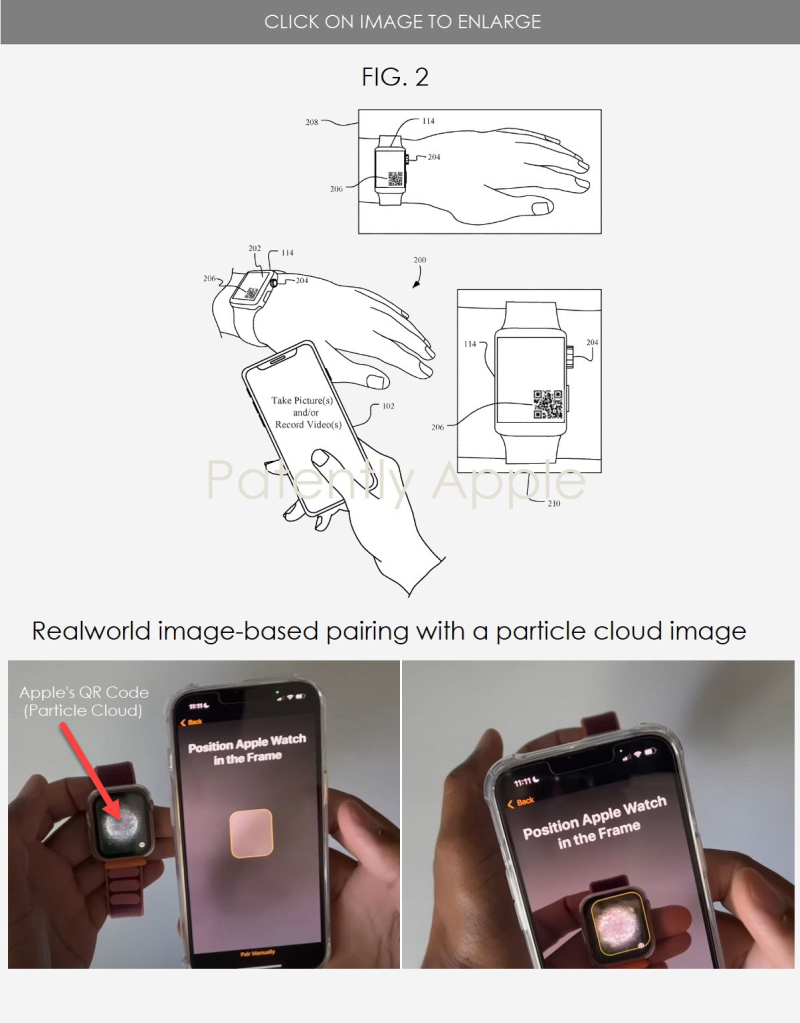 While the patent covers the pairing process, it also does a deep dive on the technology process behind it and touched on other features that transferring photo or videos using QR codes. For more details and other features, review granted patent US 11493890 B2. 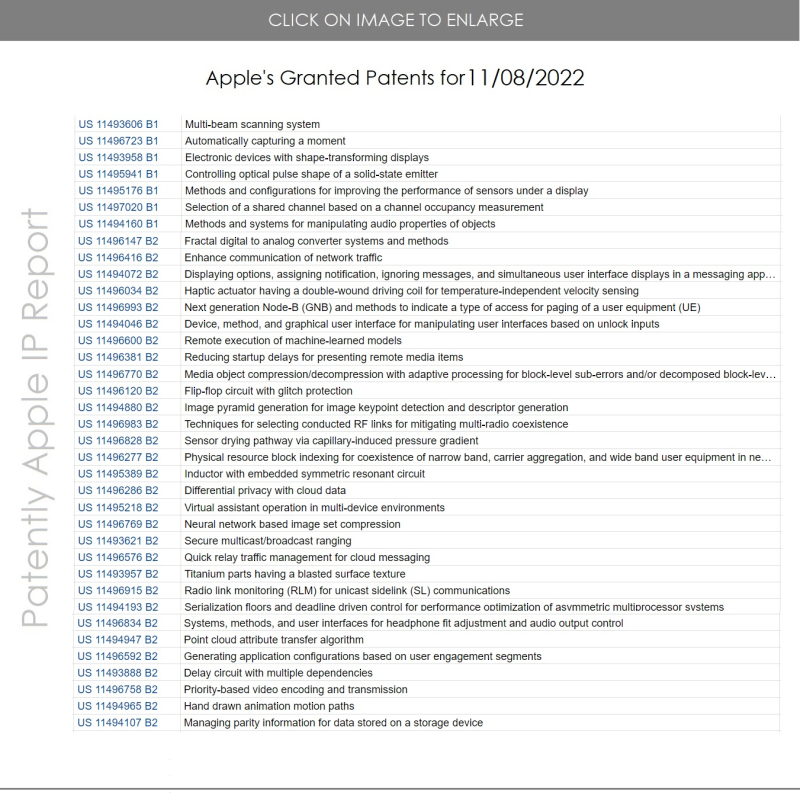