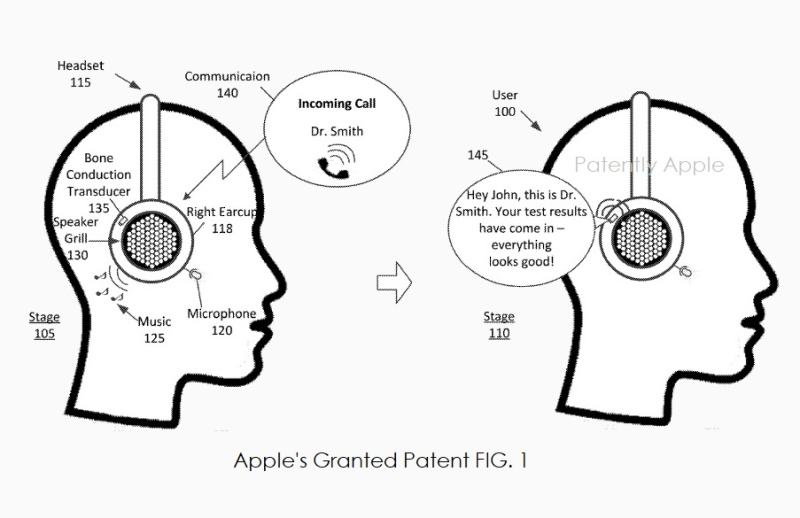 Today the U.S. Patent and Trademark Office officially granted Apple a patent that relates to bone conduction transducers for privacy. More specifically, the granted patent covers a method that is performed on a pair of wireless open-back headphones such as Apple's AirPods Max. Should this invention come to market, it will also provide the AirPods Max with an integrated camera for taking photos or videos.

According to Apple, the headphones may include two or more channels, each of which route audio content differently. For instance, one channel may be a "private" channel, through which audio content is routed to a bone conduction transducer that outputs the audio as mechanical vibrations of the user's skull. Such vibrations may only be heard by the user of the headphones.

Apple's patent FIG. 1 presented as a our cover graphic above, illustrates a progression of stages of a headset receiving an incoming call that is routed to a bone conduction transducer; FIG. 2 shows a block diagram of the headset; and FIG. 3 is a flowchart of one aspect of a process to route a communication to either a bone conduction transducer or a speaker of the headset. 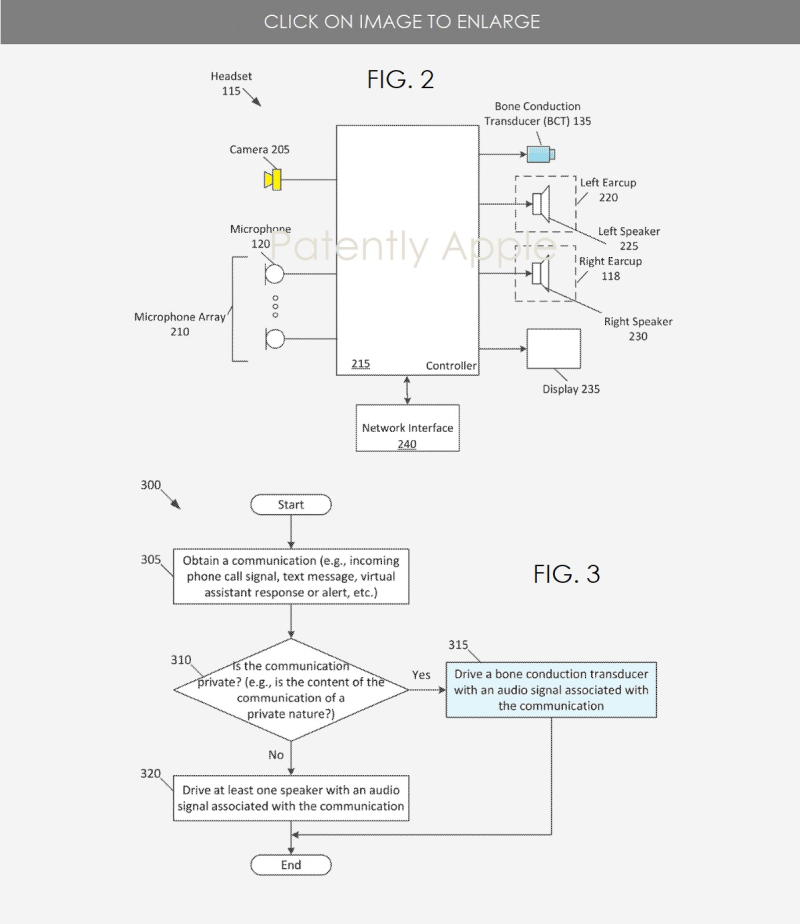 In another aspect of the invention, Apple notes that the camera #205 (FIG. 2 above) is a complementary metal-oxide-semiconductor (CMOS) image sensor that is capable of capturing digital images as image data that represent a field of view of the camera, where the field of view includes a scene of an environment in which the headset (#115 FIG. 1) is located.

In some aspects, the camera may be a charged-coupled device (CCD) camera type. The camera is configured to capture still digital images and/or video that is represented by a series of digital images.