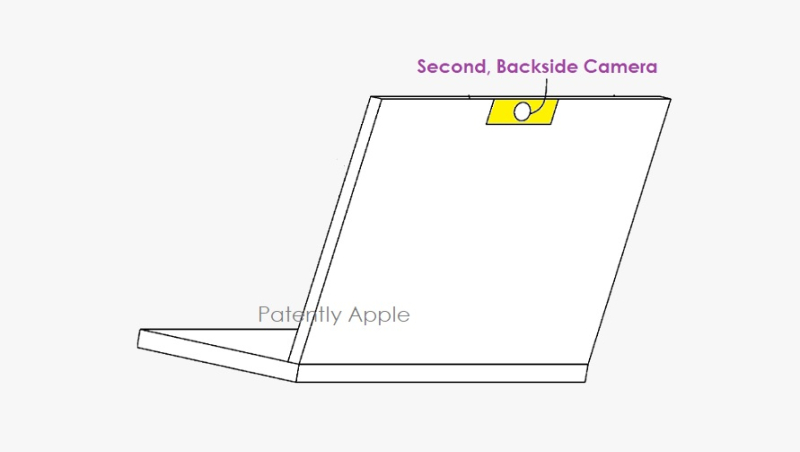 Last Thursday, Patently Apple discovered a patent application from Apple that was filed in Germany. The patent revealed that future MacBook Pro models could include a secondary camera integrated into the backside of the lid while introducing a magnetically attachable mini camera accessory for their entry model. This patent was also the one that first revealed and described the new face side "camera notch" feature for the MacBook.

Apple's patent FIG. 1 illustrates a MacBook with a Face Camera (further in FIG. 4A below, it's a Notch Camera); FIG. 2C illustrates that a MacBook may include a second camera on the back lid. In Apple's patent 3B, the second camera is integrated into the backside lid of the MacBook; in FIG. 3 and 10A Apple illustrates an attachable camera accessory via a magnetic system; FIG. 5 illustrates a "Pro" camera, similar to one used on the iPhone Pro/Max. 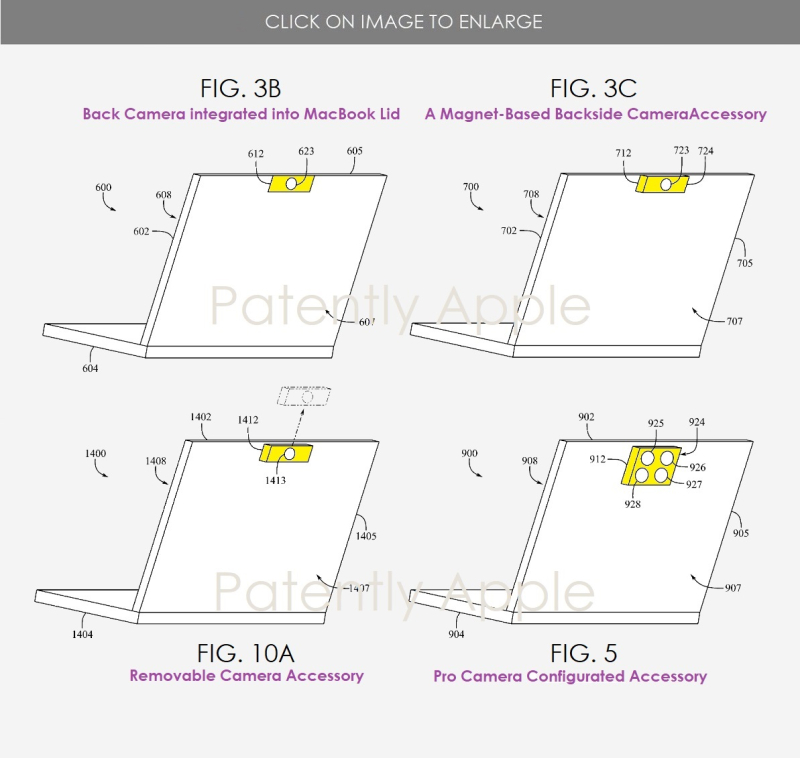 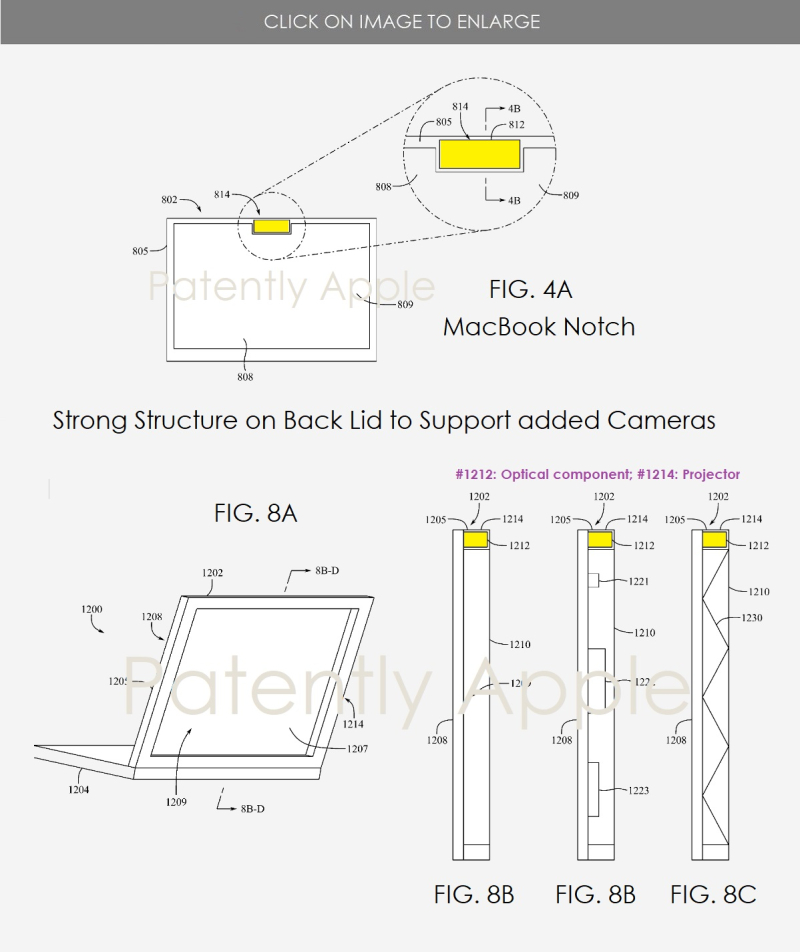 Apple's patent FIGS. 8A-C illustrates how Apple engineers envision strengthening the MacBook's back lid to accommodate either a second integrated camera or the weight of a camera accessory mounted on the back lid.

Although not a core part of the patent, Apple interestingly describes the following:

"​The device #400 [MacBook] may also include a base portion #404 that may be rotatably or otherwise movably or removably attached to each other by a connection component #403."

The description of "removably attached" is open to interpretation. "Patentese" can be confusing at times. Is "removable" component used in the sense of making it easier to remove by a repair shops, or does it mean that the user could remove the display from the MacBook base to use as a tablet using macOS.

During the Wall Street Journal Tech 2022 event last week, Joanna Stern ask Craig Federighi, Apple's senior vice president of software engineering, if we'd ever see a touch screen on a Mac. Federighi thought about it and said, "Who's to say." That's actually a new stance from the traditional straight-forward "No." So, is the door now open a crack … for this patent? Only time will tell.

In the big picture, Apple's patent is 99% focused on the mechanics of the cameras, the construction of the strengthened back lid of the MacBook and the mechanically attachable camera accessory. The reasoning or marketability of the secondary was never revealed in any way shape or form.

Yet the fact that the MacBook lid will use magnets to hold a camera accessory in place and that the patent distinctly pointing to the use of a camera with facial recognition could suggest that the when the lid of this future MacBook is closed, the user may need to use the Face ID camera on the lid to unlock the magnets to open your MacBook. That would be a first-to-market security feature.

Then again, that use scenario is never specifically described and what if Face ID didn't function in poor lighting, How would it work then? Perhaps using a new iPhone related feature.

Apple's patent application was filed in Germany under DE102022109847 titled "KAMERAINTEGRATION FÜR TRAGBARE ELEKTRONISCHE VORRICHTUNGEN" – translated to "CAMERA INTEGRATION FOR PORTABLE ELECTRONIC DEVICES." The patent that was filed on April 25, 2022, was published on October 27, 2022.

Send in your comments or ideas below or on our Twitter feed about why Apple would want to introduce backside cameras on a MacBook.