Today the US Patent & Trademark Office published a patent application from Apple that relates to new kind of thermal control system for a hybrid-electric vehicle.

In Apple's patent background they note that thermal conditioning of a vehicle cabin in an electric or hybrid-electric vehicle can be more difficult than in a vehicle operating with a combustion engine since excess, waste, or by-product heat available from the propulsion system is limited. Some electric and hybrid-electric vehicles employ positive-temperature coefficient (PTC) heaters with ceramic components that vary in electrical resistance depending on operational temperatures. However, PTC heaters can be expensive and require high current levels and high-power consumption in cold temperature environments, expending high levels of energy. Novel vehicle cabin configurations, such as a cabin configuration including opposed seats and an open interior, increase a thermal conditioning priority for occupants seated in a rear of the vehicle cabin as compared to occupants seated at a front of the vehicle cabin.

The thermal control system includes a front module configured to thermally condition external intake airflow received from an exterior of a front end of the vehicle, a rear module configured to thermally condition rear intake airflow received from an interior of a vehicle cabin of the vehicle, a thermal loop circulating a working fluid between the front module and the rear module, and a flow control system configured to cause the working fluid to circulate in opposite flow directions through the thermal loop between the front and rear modules based on operating mode of the front and rear modules.

Apple's patent FIG. 1 below is an operational schematic of a thermal control system for use with a vehicle. 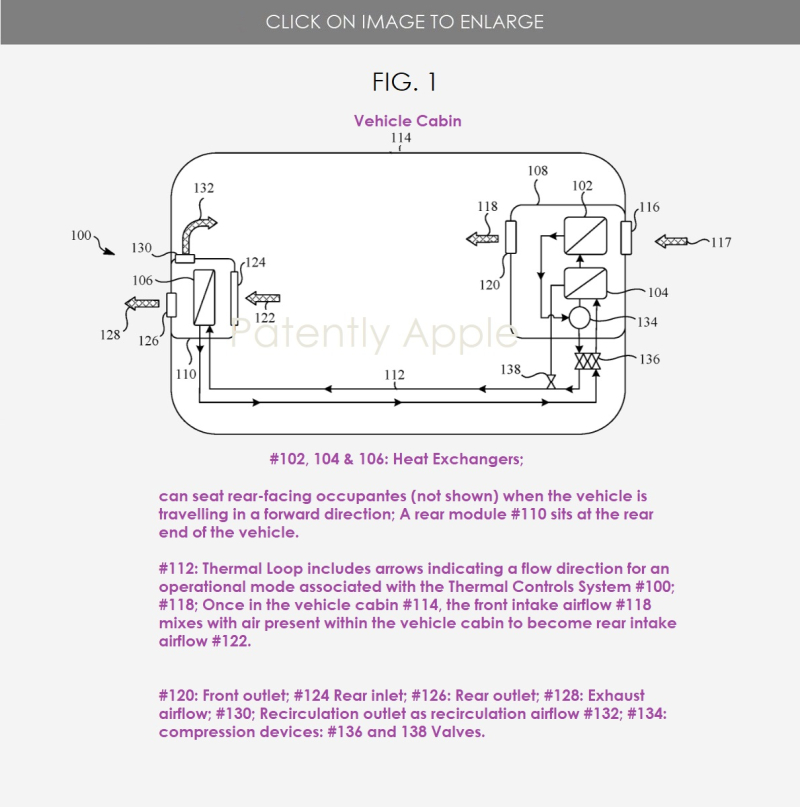 Apple's patent FIG. 3 below is a schematic of dual-zone implementation for the thermal control system of FIG. 1. For finer details, review Apple's patent application number US 20220348057 A1 Titled "Thermal Control System."  To review any of our 136 additional Project Titan patents in our archive, click here.

Apple Files for 'Freeform' Trademark in U.S. AND EU

Apple has filed for the trademark "Freeform" in the U.S. and EU. Apple introduced Freeform with iPadOS 16 last month. Freeform — a powerful productivity app with a flexible canvas — will give users the ability to see, share, and collaborate all in one place without worrying about layouts and page sizes, and with full support for Apple Pencil. Users will be able to view others’ contributions as they add content or make edits, all while enjoying a real-time collaboration space. Freeform will allow collaborators to add virtually any kind of file — images, video, audio, PDFs, documents, and web links — to the canvas and preview it inline, without leaving the board. See the video below if you're not familiar with this new app. 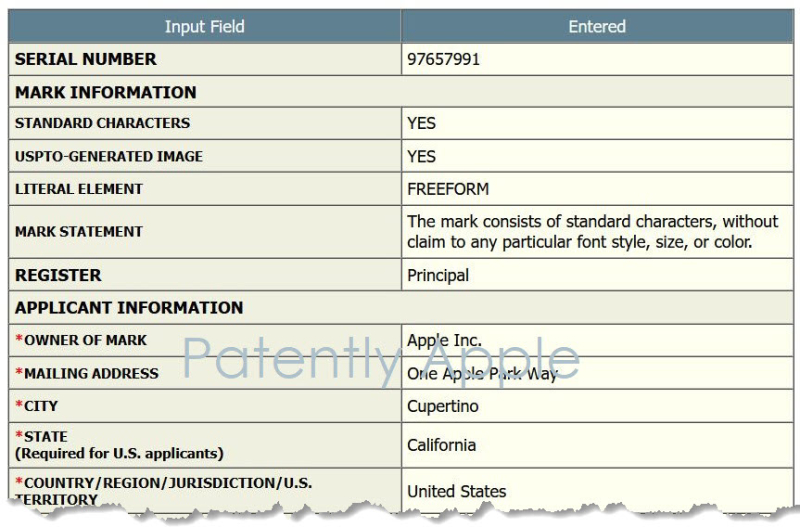 Apple filed for the Freeform trademark in Europe as well as noted in the trademark application image presented below. Apple filed it under the same International Class and coverage. 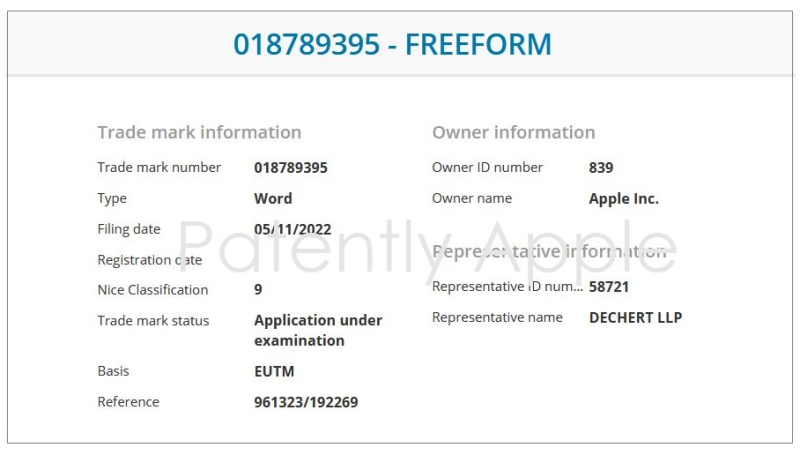