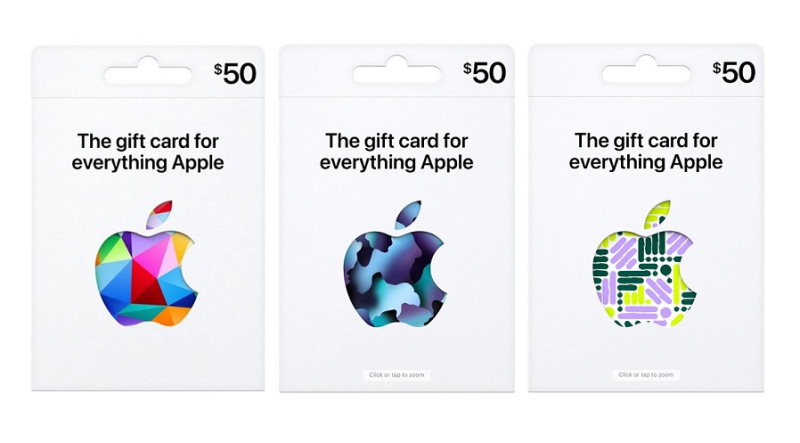 I've said it many times over the years that Apple patents everything from devices, apps, services, store buildings, store fixtures and packaging. While package design isn't exactly exciting, it is to those in that work in this particular field that relates to packaging and marketing. And, since many of you will be receiving Apple redeemable cards in your Christmas stockings this year (if you haven't been naughty), why not know the patent behind it.

This week, the U.S. Patent and Trademark Office granted Apple a patent titled "Insert with Redeemable Code and Functionally-related Packaging."

Redeemable codes can be used, for example with transaction cards or the like (e.g., gift cards) to represent a value (e.g., monetary value) that can be redeemed for goods, services, discounts, cash or the like. Some transaction cards may include one more redeemable codes or other visual information disposed on the card that is used to activate the card and to redeem or keep track of the value assigned to the card. For example, a user may purchase a transaction card from a vendor, and during the transaction the unique code disposed on the card can be used to activate the card so that the user may redeem the value of the card (e.g., by entering the unique code into an online system where the value of the card can be used to make purchases).

Apple's patent FIG. 1 below illustrates a front view of a packaged redeemable code system; FIG. 2 shows a rear view of the packaged redeemable code system of FIG. 1; FIG. 4 shows a rear view of an insert; FIG. 9 shows a top view of an insert positioned on an unassembled sleeve; FIG. 11 shows adhesive applied to the unassembled sleeve of FIG. 9; FIG. 12 shows the sleeve of FIG. 9 folded over upon itself. 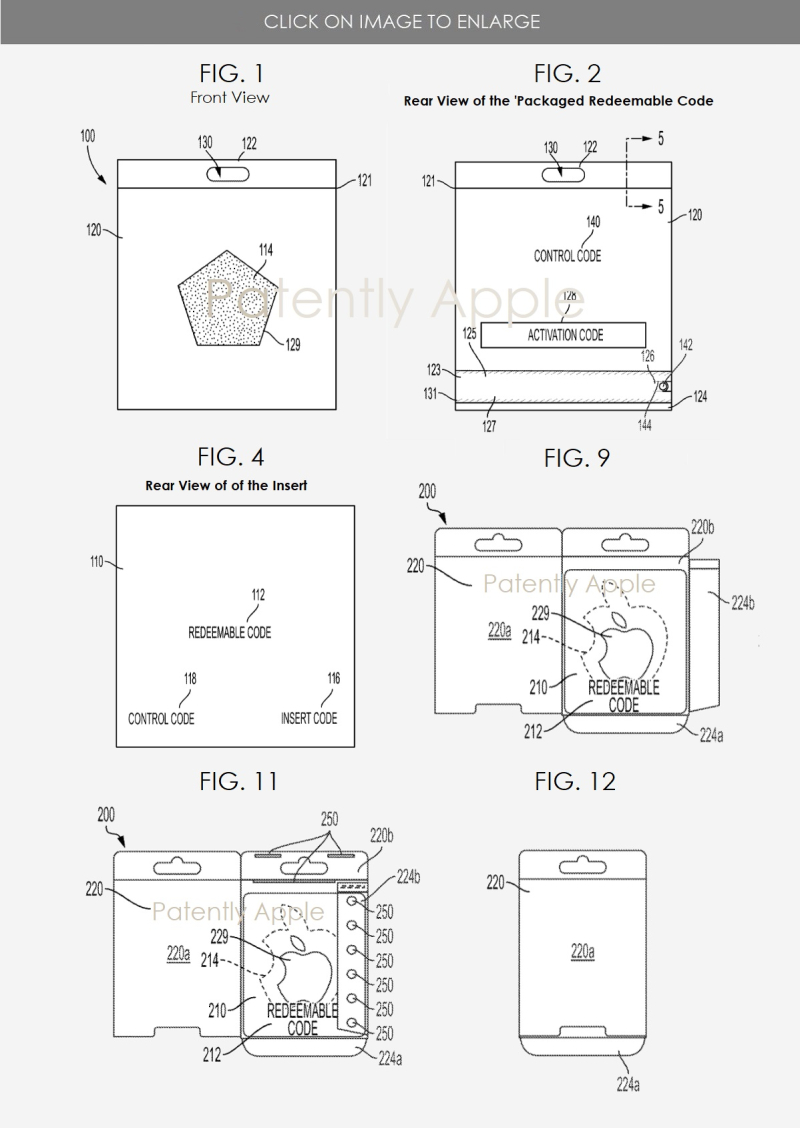