Today the U.S. Patent and Trademark Office officially granted Apple a patent that relates to a possible next-gen Apple Watch band that will provide users with constant wrist tension to ensure that it stays firmly in place while providing superior comfort. 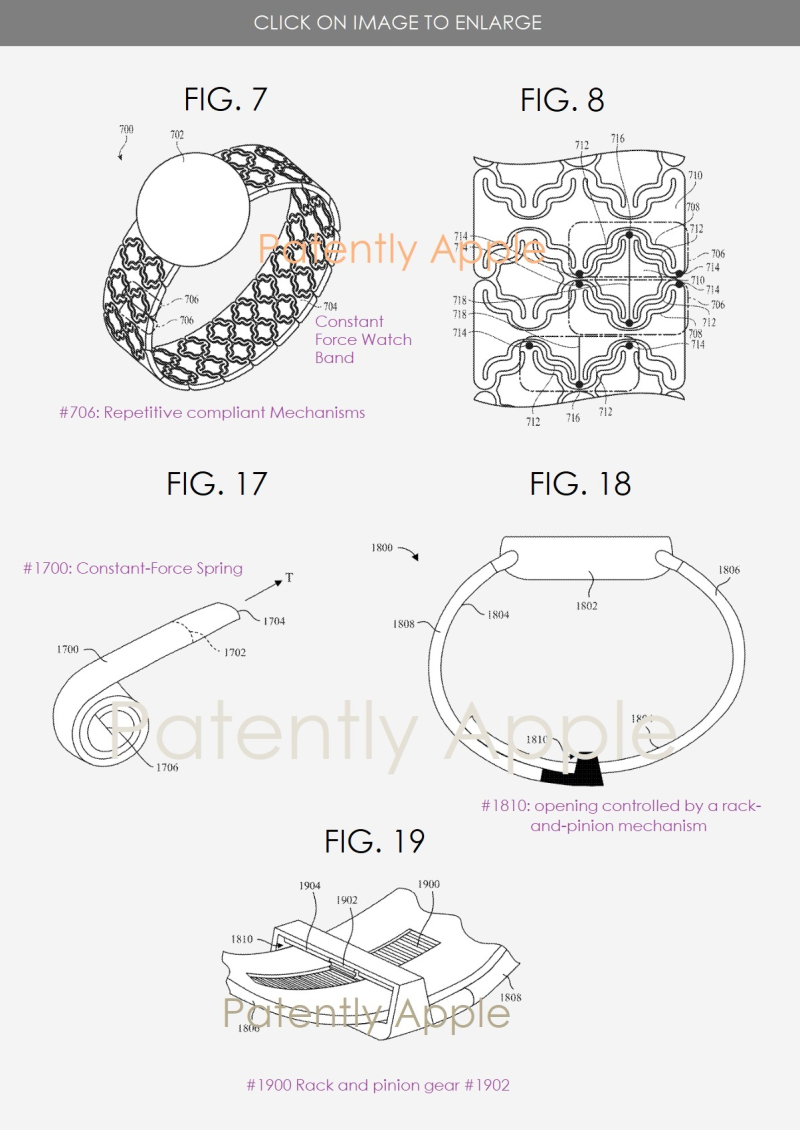 Apple's patent FIG. 20 below is an exploded view of the rack-and-pinion system; FIG. 27 shows a watch with a watch band that includes a constant-force pillow. 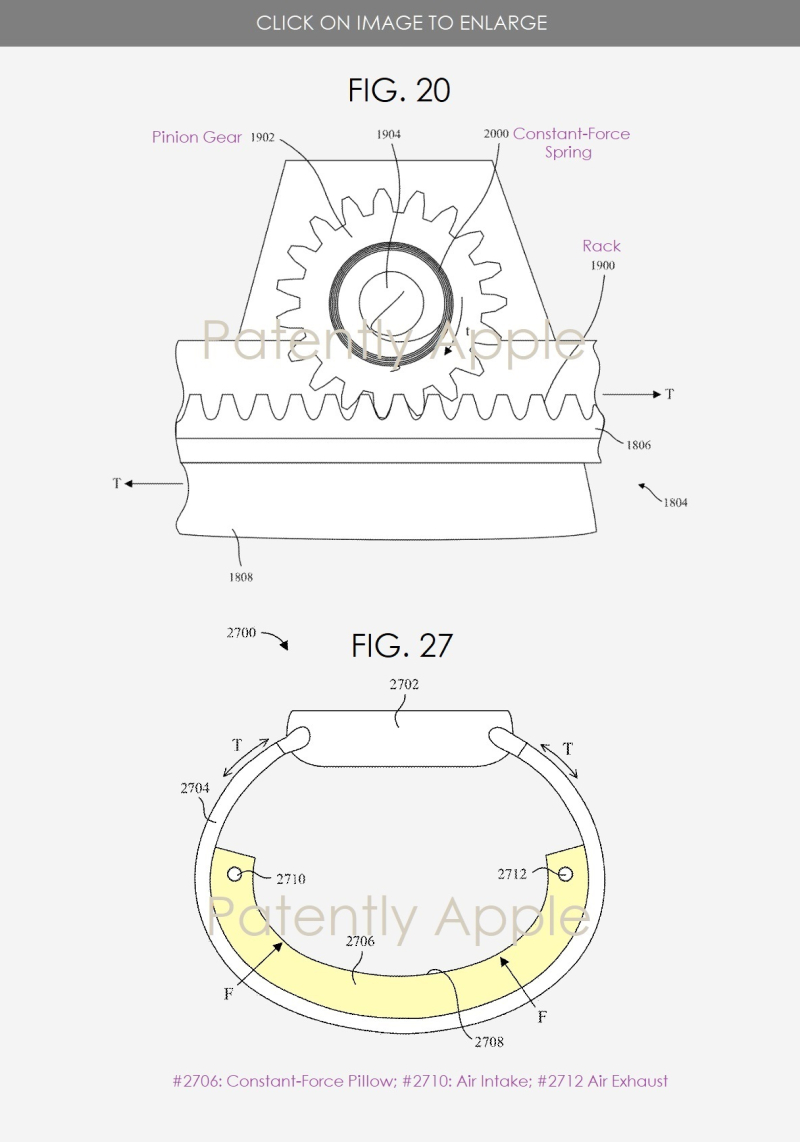 Apple's granted patent US 11490697 B2 was originally filed in Q4 2019 and published today by the US Patent and Trademark Office.

Today's patent isn't a design patent and so the round interface shown in FIG. 7 above is simply illustrative and not necessarily what Apple intends to introduce in the future. Though it's a little odd that Apple decided to present a future band correctly but didn't place it on their standard rectangular Apple Watch shape.