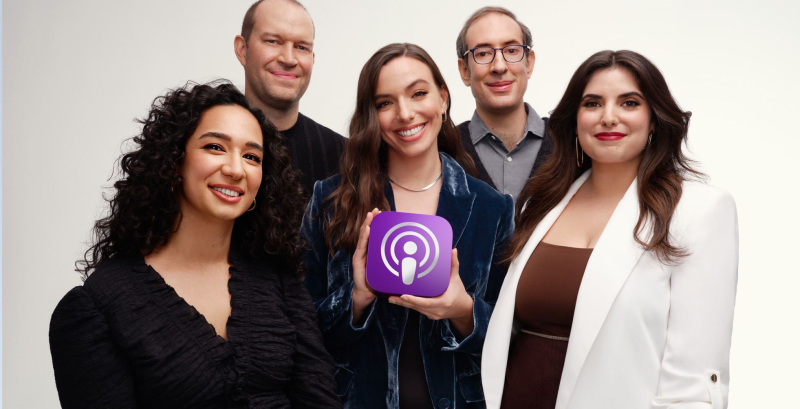 Apple has announced the Apple Podcasts Award honoring a Show of the Year and its team for outstanding quality, innovation, and impact. Inspired by the signature app icon, the Apple Podcasts Award represents Apple’s decades-long commitment to supporting creators as they share their voices with the world and helping listeners to discover the best podcasts.

“Apple Podcasts is where users discover new shows, enjoy their favorites, unlock premium listening experiences, and support the creators who make them possible,” said Oliver Schusser, Apple’s vice president of Apple Music and Beats. “Podcasting plays an important role in our lives — helping us stay informed, keep entertained, and get inspired — and we’re pleased to honor the Slate team with this recognition.”

(Click on image to greatly Enlarge and read the fine text) 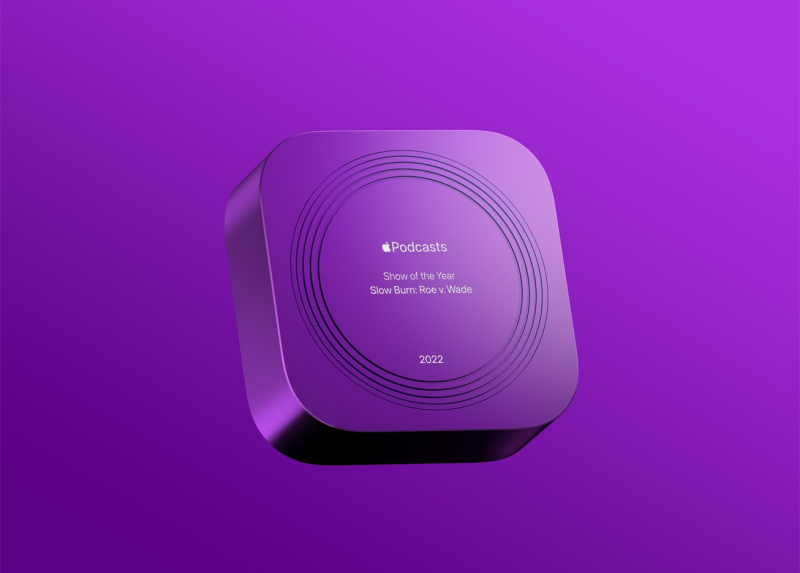 Made from 100 percent recycled aluminum, the Apple Podcasts Award is inspired by the iconic app icon that’s come to represent podcasting itself.

“I wanted to make this series because I was really discouraged by how polarized and stuck the conversation around abortion was, and it seemed incredibly timely and important,” said host Susan Matthews. “We set out to tell this story in a way that helped expand and challenge what people understood about this subject. We decided the way to approach this season was to go back to the early ‘70s, when the abortion debate was still up in the air and your party affiliation didn’t correlate with your views on the issue. I am so honored that Apple Podcasts saw something special in this season. I hope people come to it with both an open and curious mind and appreciate listening to it as much as I did making it.” 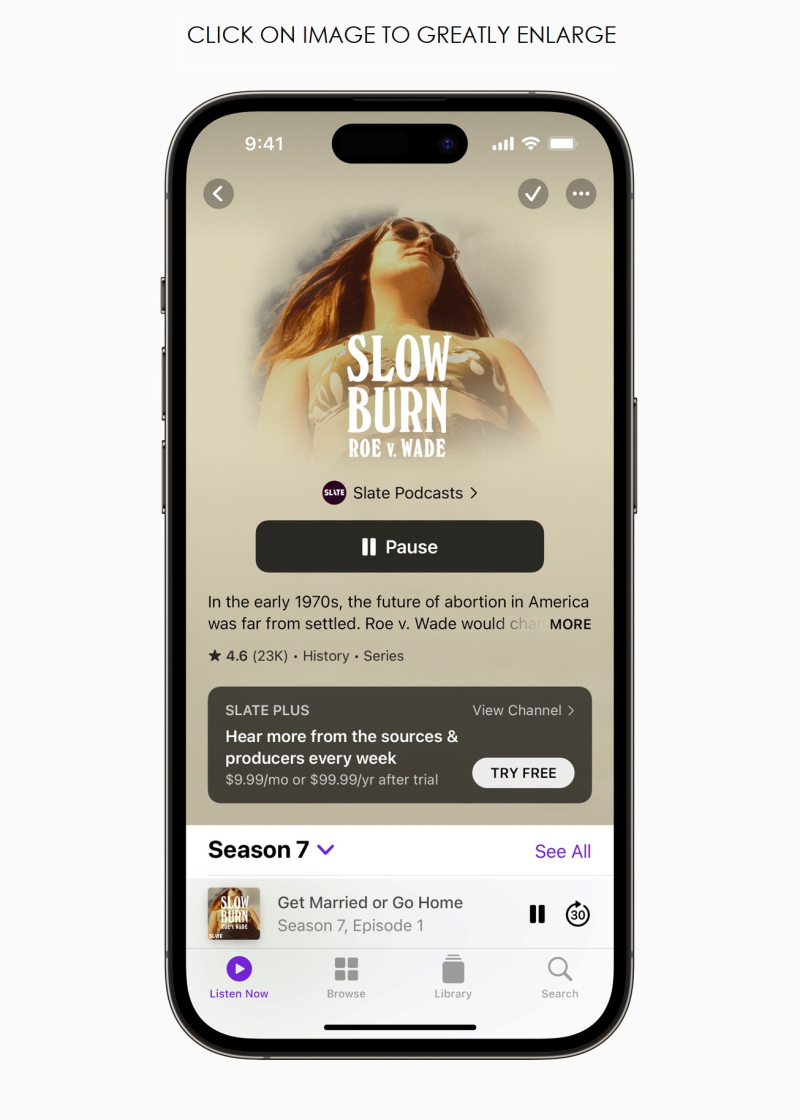 Slow Burn is one of the all-time most popular shows on Apple Podcasts. The show’s first two seasons are hosted by Leon Neyfakh and cover the Watergate and Clinton-Lewinsky scandals, respectively. Additional seasons cover the creative lives and tragic deaths of two of the world’s most famous rappers, the Notorious B.I.G. and Tupac Shakur, as well as the LA riots (both hosted by Joel Anderson); David Duke’s rise to power and prominence (hosted by Josh Levin); and the road to the Iraq War (hosted by Noreen Malone). All seven seasons are available for free on Apple Podcasts.

Slow Burn host Susan Matthews and Derek John, Slate’s executive producer of narrative podcasts, spoke with Apple Podcasts about how they landed on Roe v. Wade for the latest season, what they learned in the course of reporting the series, how listeners have responded, and the podcasts that have moved and inspired them.