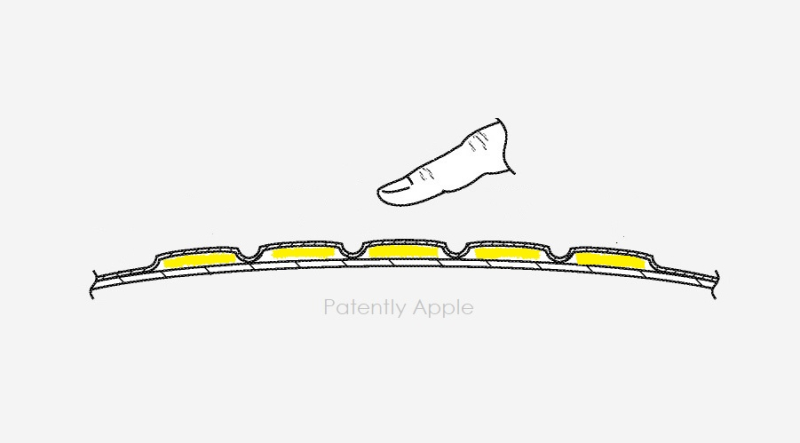 Apple engineers have been researching and filing patents related to using glass bodies for future MacBooks and iMacs (01, 02, 03 and 04) since at least 2018. This week the U.S. Patent and Trademark Office published an update to one of Apple's patents relating to a Glass-bodied MacBook with a softer, bendable glass surface to lessen the impact of typing on solid glass like an iPad. Apple is also considering providing for raised softer glass keys on a keyboard that integrates touch sensors beneath each key.

For example, the glass cover may be thermoformed or otherwise processed to form an array of raised key regions (e.g., protrusions, contoured key regions, etc.) that define the key regions of a keyboard.

Apple's patent FIG. 1 below depicts a notebook (#100) that may include a glass cover. In particular, a base portion (#104) of the notebook may include a top case (#112) that is formed at least partially from glass and that defines a keyboard and optionally other input regions (e.g., a trackpad or touch-input region) of the device; FIG. 10A depicts an example of a cross-sectional view of a dual-layer glass top case. 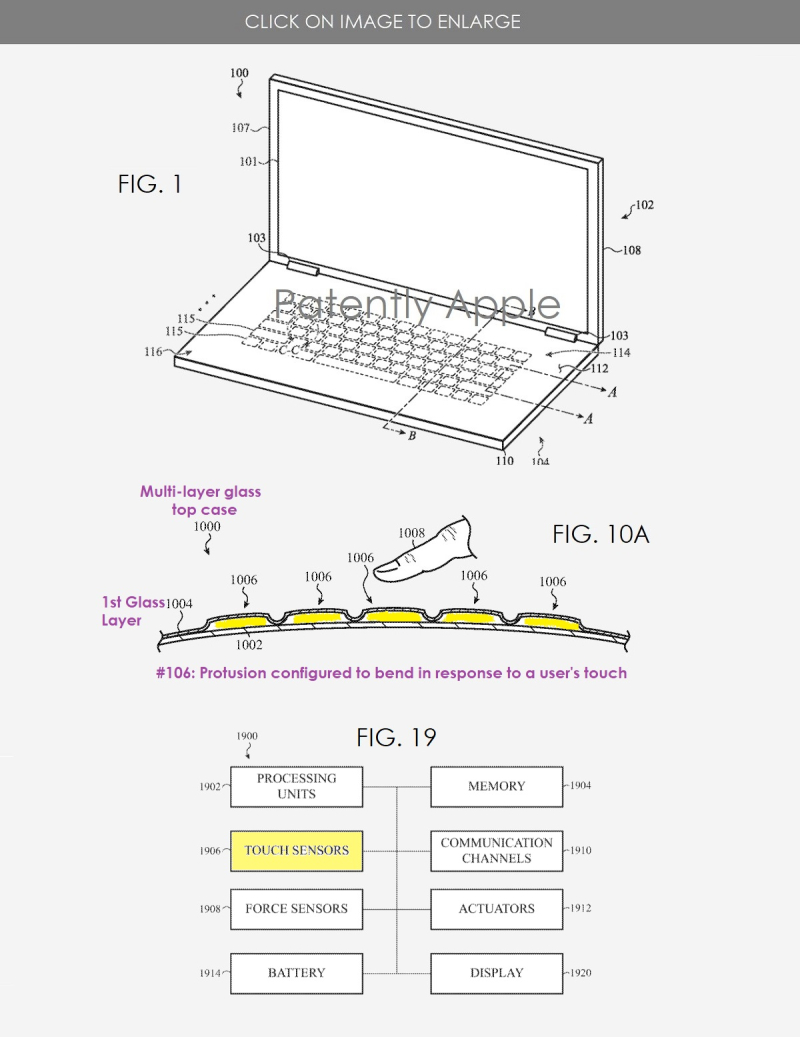 Apple's patent FIG. 19 above depicts a schematic diagram of a glass MacBook with touch sensors for under the keyboard keys.

Apple notes that using a glass member for a top case, and more particularly for the input surface of a keyboard, may also provide unique opportunities for forming wear-resistant glyphs (or other symbols) on the individual key regions.

Apple has updated this patent to better protect specific features and strengthen its intellectual property from competitors and patent trolls. Apple has added 20 new patent claims wherein the top 5 are noted below:

To review the entire patent filing along with remaining 15 new patent claims, check out Apple's patent application # US 20220365566 A1.