Home Archives Contact Us Subscribe Twitter Facebook Patently Mobile
Apple now has a Team on the ground at the Foxconn Plant in Zhengzhou to ensure that Employees' Concerns are fully Addressed
Storm Clouds that have been Forming for years over Apple and Google as Gatekeepers in Europe and the U.S. is now Gathering Steam 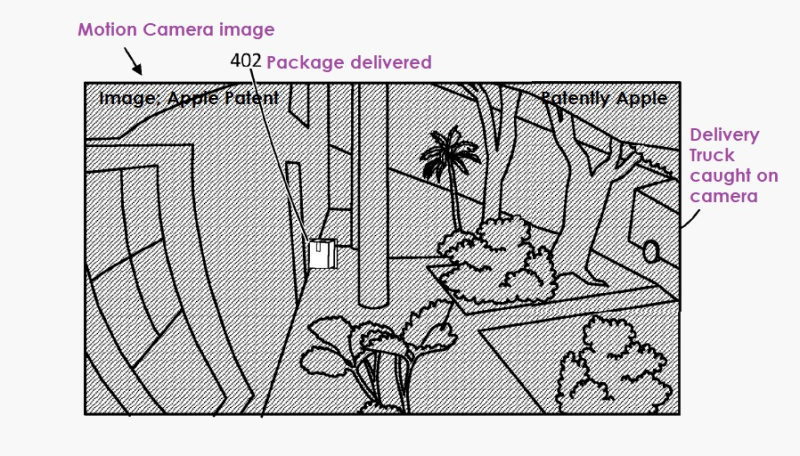 Last Saturday, we posted a report titled "Apple has invented a sophisticated Home Surveillance System with face & body recognition streamed to an in-home HomePod+." Yesterday, Patently Apple discovered an Apple patent application filed in Europe that was about yet another sophisticated security camera system that is designed to monitor package deliveries and or theft of packages delivered to a home or business.

Although the patents are a little odd for Apple, we did cover a patent about bringing a camera system to HomePod in April 2020 titled "Apple Invents HomePod with Built-in Camera that Provides Siri with Eyes to deliver Next-Gen Commands & Longer-Range Face ID. The image below is from that patent that clearly illustrates a HomePod. 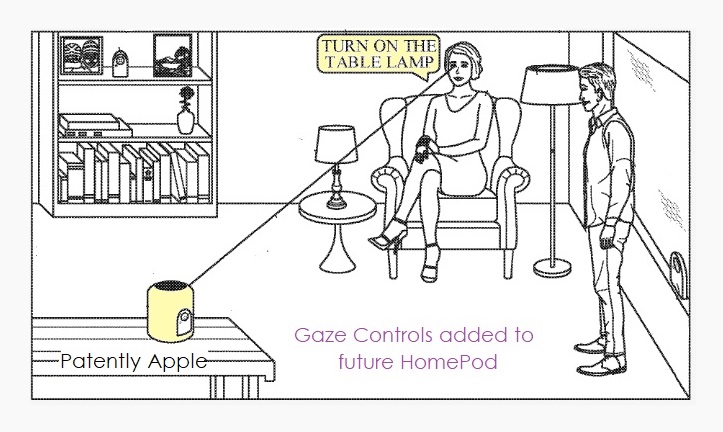 Apple's patent application covers the use of cameras to determine when packages have been delivered to or picked up from structures (homes, businesses).

Apple's patent FIG.1 below illustrates an example system arrangement #100.  In particular, the system arrangement illustrates one example of a system #102 that may utilize one or more cameras to identify delivery and/or pickup of packages. The approaches implemented by the system can accurately and efficiently identify the delivery and/or pickup of packages. Further, the system may indicate to a user when a package has been delivered and/or picked up, which may address some of the issues of packages being placed outside of structures and/or in unsecured portions of structures, such as theft of packages. 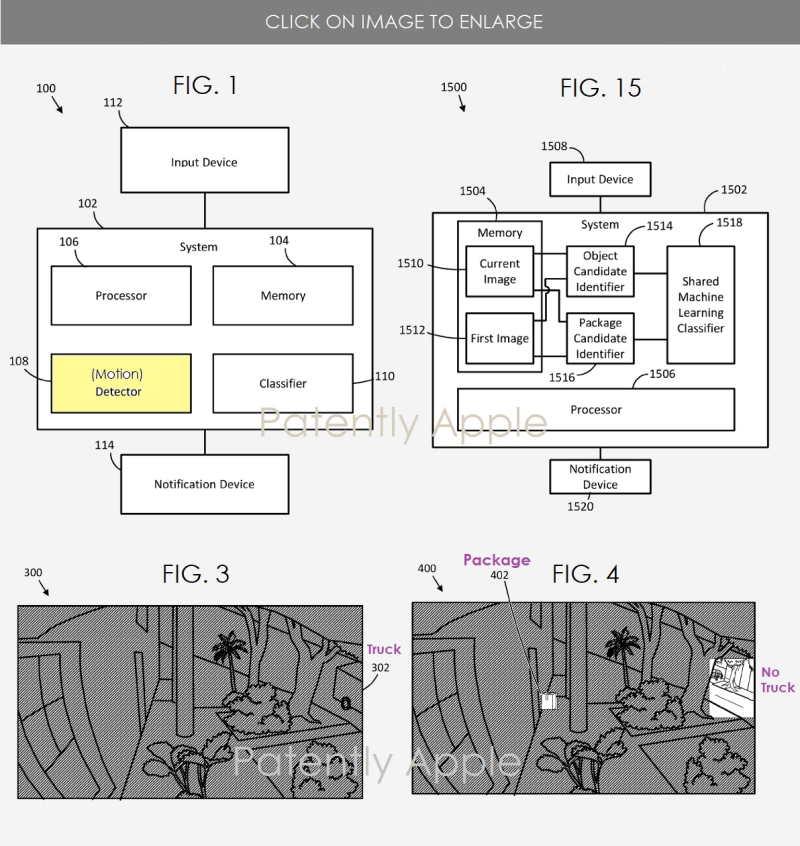 Apple's patent FIG.3 above illustrates an example of a canonical image #300 which may be an image that was captured prior to the detection of the motion. The image does capture a delivery truck nearby. In FIG. 4 we see that the camera has captured a package being left near the home or business and that the delivery truck is no longer in the picture. This confirms delivery of a package. 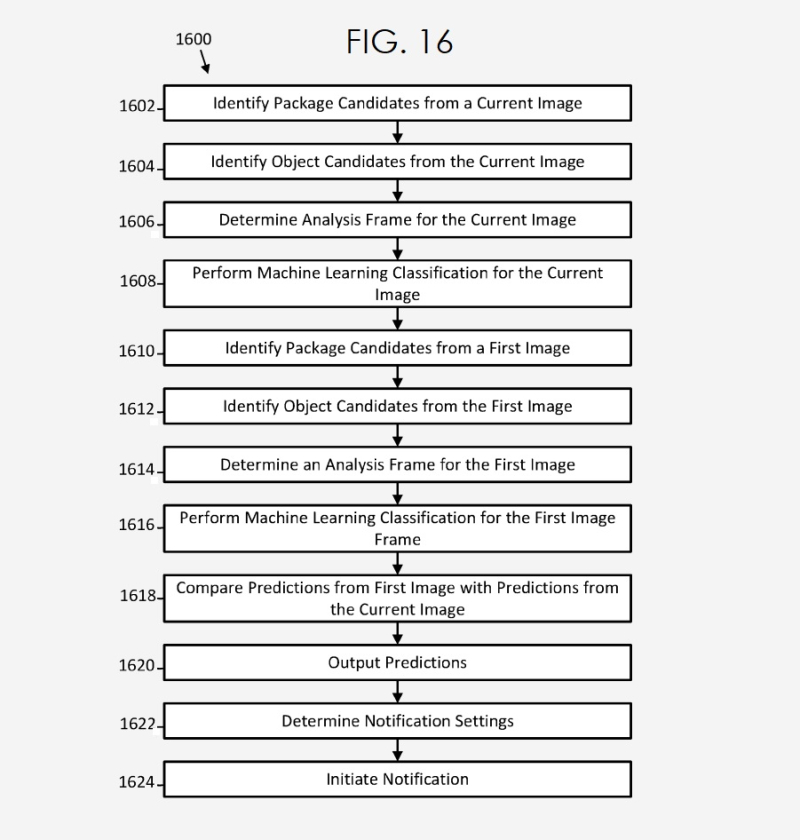 For more details, review Apple's patent application number WO2022245751 titled "Techniques for Detection/Notification of Package Delivery and Pickup." Apple purposely filed one patent in the U.S. while filing a related patent in Europe to make it difficult to discover different parts of this project.

Some of the inventors in the U.S. Patent that we referred to at the top of this report were also present in the European filing. Those common inventors are presented below in bold black text for your convenience.

Mey Khalili: A Machine Learning Engineer at Apple. Mey previously worked at "Lighthouse AI" prior to Apple acquiring the company and its 3D Depth Home Camera System in 2019. Mey's LinkedIn profile shows that she actually joined Apple in December 2018 that may confirm when the acquisition actually took place. In August 2020, Apple won a patent for an Indoor Security Camera System that they acquired from Lighthouse AI. This goes a long way in explaining the origins of Apple's latest patent applications about security camera systems. Though make no mistakes about it, the other 3 out of four engineers on the patent are from Apple. So, these patents indicate that they're part of a larger camera project Apple is working on.