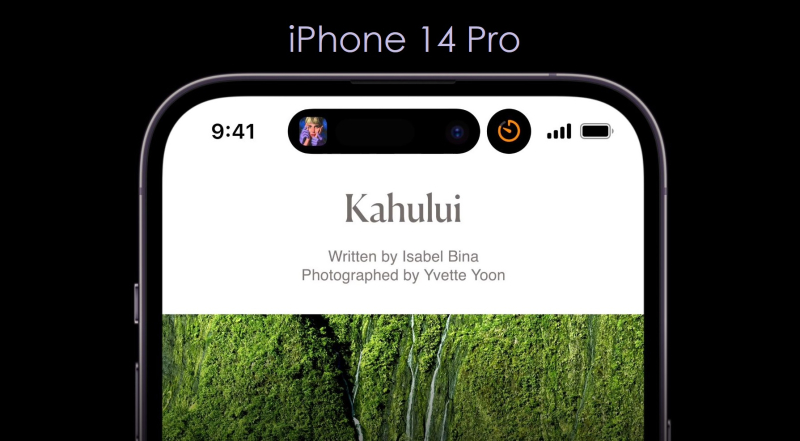 Looking at Apple's 2022 sales, the company began adjusting the proportion of new products after the initial wave of pre-orders. The market response after the release of the iPhone 14 Plus was lukewarm, escalating Apple's product adjustment process. The iPhone 14 Pro series boasts improved specifications, yet unit prices are the same as last year's models, making pre-orders for the Pro series highly popular.

In the past, the Pro series was the first choice for the earliest wave of users. In addition, the delayed launch of the entry iPhone 14 this year has led to more concentrated buying than in previous years.

TrendForce indicates that the production ratio of the two models of the iPhone 14 Pro series has been increased from the initially planned 50% to 60% and it cannot be ruled out that this ratio will continue rising to 65% in the future. At present, the overall proportion of new iPhone models in Apple's shipments will remain at 36% and the company’s 2022 iPhone shipment target is 240 million units, an annual increase of 2.8%.

TrendForce points out, while the U.S. continues to raise interest rates to curb inflation, undercutting disposable consumer income, Apple's production performance will feel these effects in 1Q23. Production is expected to be lowered to 52 million units from an earlier estimate of 56 million units, a 14% decline YoY.

Recently, the US Department of Commerce increased sanctions on Chinese chips and export of semiconductor equipment. Although there are no restrictions on smartphone production centers, as friction between China and the United States intensifies, smartphone brands that focus on the North American market are bound to strike a balance between sales and product origin. According to TrendForce investigations, since Apple has a leading 50% share of the U.S. market and has also built India into a production center in recent years, it is estimated that Apple’s proportion of Indian production is expected to exceed 5% in 2023 and increase year by year.

Looking forward to the iPhone 15 series, TrendForce indicates that Apple will maintain a four new model release schedule featuring two processors to further differentiate between standard and high-end models. In terms of specifications, in addition to the comprehensive switch from lightning to Type C connectors which is already known, chances are high that the Pro series will feature a memory capacity upgrade to 8GB to match its new processor and continue camera specifications improvements including upgrading its main camera to 8P and the use a periscope lens in the Pro Max model. As for Apple's in-house 5G modem, the company will continue using a Qualcomm model because its mmWave signal test results cannot meet Apple’s requirements. The company’s self-developed 5G modem is expected to be officially introduced in 2024. Source

Apple's CEO Tim Cook or CFO Luca Maestri may shed some light on this during the company's Financial Conference call set for this Thursday.