While Apple owns a hybrid iPad-MacBook device patent, executives vetoed the concept, even though some think that Apple should reconsider 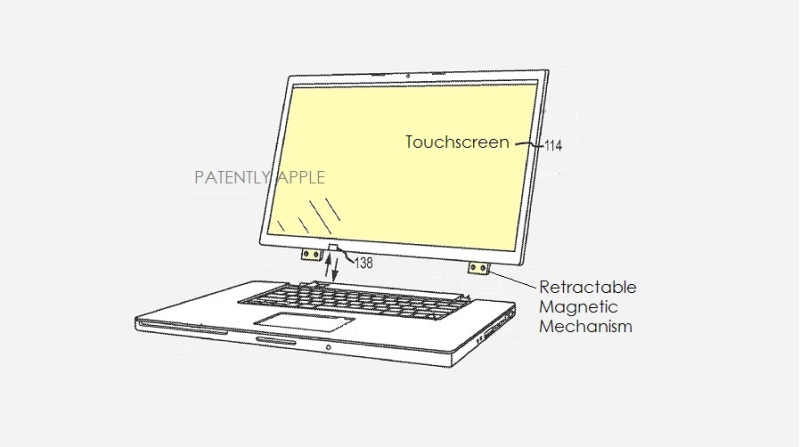 Way back in 2008 Patently Apple covered Apple's first patent regarding a possible tablet hybrid with a built-in keyboard. In 2013, the U.S. Patent Office published a patent application from Apple about an advanced MacBook with a removable display that would act as an iPad. Today's cover graphic above is from our orignial report. The patent was noted as being filed for in Q3 2011.

Unfortunately for Apple fans, it was Microsoft who ran with the idea with their original Surface Book laptop in 2015 as pictured below mirroring Apple's patent figure in our cover graphic. Even though Apple's engineers filed a patent for it, Apple executives decided against the idea. 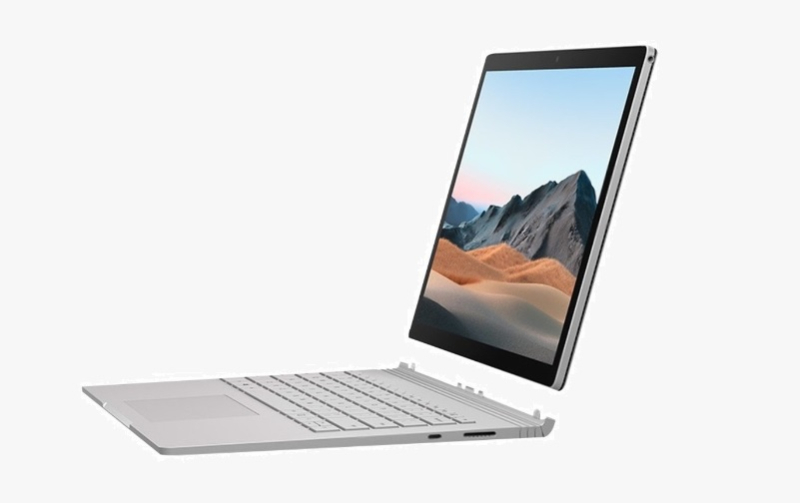 In 2012, Tim Cook stated that “You can converge a toaster and a refrigerator, but those things are probably not going to be pleasing to the user.” Without referring to Microsoft directly, he said that “others” might take that approach “from a defensive point of view.” However, he said, “we’re not going to that party.”

Yet as the iPad has evolved with crazy power and a keyboard, Steven Sinofsky, a former president of the Windows Division at Microsoft from July 2009 until his resignation on November 13, 2012 sarcastically tweeted a reminder of this on October 18, 2022, as noted below.

2/ The new Smart Keyboard Folio for the iPad 10th gen compared to the old Smart Keyboard for new iPad Pro borders on criminal (function keys). Also, I can't quite put my finger on it but what does that new case profile remind you of? Is it some sort of toaster-refrigerator thing? pic.twitter.com/ECMR8UhrbG

A rumor surfacing days ago pointed to a possible move to add "a smaller version of macOS" for the iPad Pro. Wouldn't that be nice? It sure would be, though it's unlikely to ever happen unless PC 2-in-1 tablet hybrid devices with the Qualcomm/NUVIA chip begins to challenge the iPad.

For business, a powerful Qualcomm chip from their acquired NUVIA team along with Windows 11 that matches their desktop and laptops would be a perfect match and better integrated into the enterprise than macOS + iPadOS + iOS. With all the power of M2 and future M3 chips, macOS would allow the iPad to be a MacBook alternative. Why is Apple against giving MacBook user's a future form factor choice?

"Apple has long said it is keeping the Mac and iPad separate because it believes that approach results in better computers and tablets than if they were a combined device. In reality, though, Apple is holding back the iPad from its full potential."

Imagine the appeal of a Microsoft Surface-like machine running macOS within the Apple ecosystem. While Apple might lose sales from consumers who would buy both a Mac and an iPad, the company could make it up in the long term because of how popular such a product would be."

Yes Mark, I've imagined such a hybrid combination since Apple's patent application way back in 2014.

A follow-up Bloomberg report by Austin Carr today added this to the conversation: " If people need an attachable keyboard, a protective back panel with an adjustable kickstand and a stylus pen (which needs its own charging cable and separate adapter) to get the most of their iPads, is it really still a tablet? Or just a laptop you buy in pieces?"

You could tell by the frustration of some Apple fans and reporters that they'd like to see Apple shake things up and be bold enough to introduce an iPad-MacBook hybrid.

PC user's will have the option in 2023 to buy a 2-in-1 device with a Qualcomm/NUVIA chip that will finally have the power to match the power of Apple's iPad chips but with a unified OS strategy that could give them the advantage over the iPad. That makes it easier to share pro software too.

The laptop form factor is evolving. Lenovo leads the market today with their Thinkpad X1 Fold. Samsung presented a prototype of their expandable/rollable display tablet late last month that will be a competing form factor.  The new form factors come much closer to offering users a mobile mini desktop.

While Apple remains adamant that they'll never provide their user base with a hybrid iPad-MacBook with macOS, the market could force Apple towards a hybrid if they begin losing iPad market share. For now, Apple comfortably leads the tablet market by a wide margin (01, 02 and 03).

However, if these new form factors begin to gain traction in the coming years, then perhaps Apple executives will revisit the hybrid device debate. A hybrid device won't kill the iPad nor MacBook. It's just an additional form factor to fill a void that some users are now looking for. Apple's product lines are getting a little stale of late and shaking things up could bring back some real excitement to Apple events.

Would you like to see Apple introduce a hybrid iPad-MacBook device running macOS? Send in your comments below or on our Twitter feed.