Home Archives Contact Us Subscribe Twitter Facebook Patently Mobile
Apple Files for 'Magic Keyboard Folio' Trademark in the U.S. and Europe, wins a Design Patent for an iPhone MagSafe accessory & more
The Apple series 'For All Mankind' has added Salvador Chacón to its cast and new Podcasts are on the way for 'Little America' and Siegfried & Roy

In Q3-22, Apple Led the Global Smartphone market and in China they were the only vendor to show signs of Life 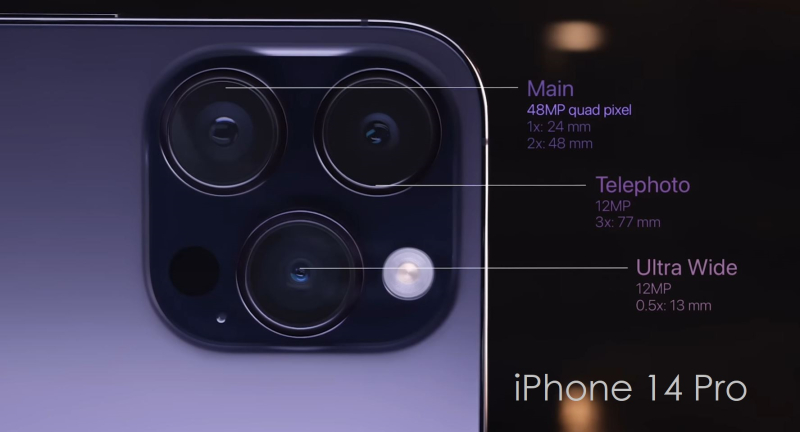 Apple's CEO Tim Cook stated yesterday that Apple had the top three smartphone in Urban China in Q3 (Apple's fiscal Q4) and today IDC's report shows that Apple was the only smartphone vendor to show Year-over-Year growth in China.

IDC's chart below shows that Apple delivered 2.5% growth while vivo fell 20.5%; OPPO -27.9%; Xiaomi -17.9% and Honor at -9.1%. Apple's performance in China is nothing shy of spectacular considering how poorly local vendors fared. 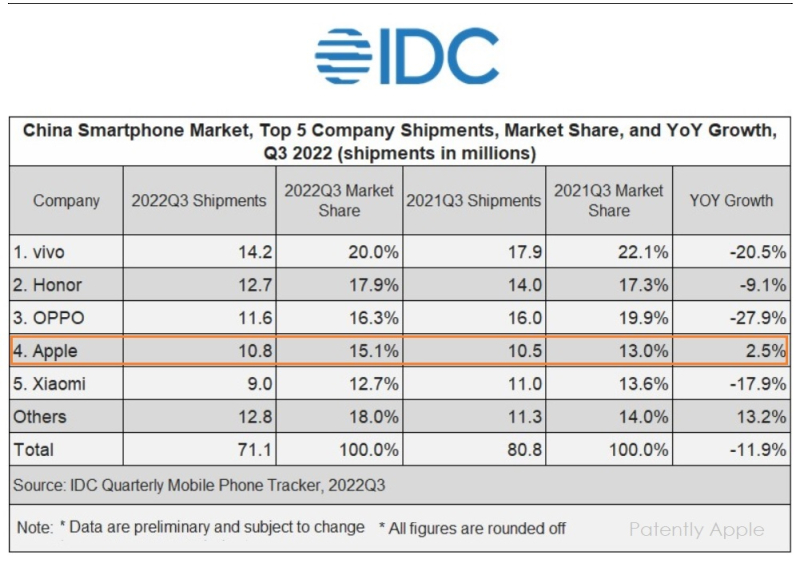 Apple was also the only smartphone vendor to show growth in Q3 2022 globally.

According to IDC's report: "Apple was the only top 5 vendor that achieved growth from the previous year. The new iPhone 14 Pro series was better received than the base iPhone 14 models as the latter has limited upgrades. Furthermore, the iPhone 13 series still saw good demand in the quarter."

Why IDC bothers to cover foldable smartphones at this point in time is a mystery considering how small a segment it's been for years. IDC notes in their report that "Despite the overall market’s decline, the >US$600 high-end segment saw limited impact with a higher unit share of 22.4%. Furthermore, premium foldable products, again, saw triple-digit YoY growth and shipped more than one million units which were the highest-ever shipments in a single quarter. Huawei continued to be the leader in the foldable market in China, followed by Samsung, vivo, and Xiaomi, which were supported by new foldable products." For more details, read the full IDC report.

With five smartphone vendors splitting a million foldable smartphone shipments is considered Infinitesimal and not worth covering at this point in time.