As Apple prepares to Release iPadOS 16.1 this month, they filed for the 'Stage Manager' Trademark in the U.S. Apple introduced 'Stage Manager' for iPad at WWDC22. The feature provides iPad users with a new way to multitask and get things done with ease. Resize windows to look the way you want. And for the first time on iPad, see multiple overlapping windows in a single view. This week the U.S. Patent and Trademark Office published Apple's trademark filing for Stage Manager as presented below. 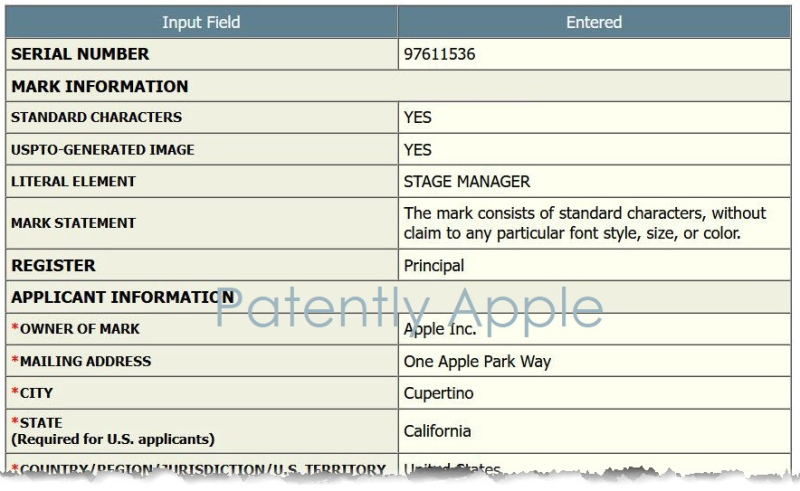 It was reported on September 27 by Engadget that iPadOS 16 Beta expanded Stage Manager to older iPad Pro models, as the M1 chip no longer required. However, older iPads won't be able to extend it an external display.

Apple recently sent out a statement on Stage Manager as follows:

We introduced Stage Manager as a whole new way to multitask with overlapping, resizable windows on both the iPad display and a separate external display, with the ability to run up to eight live apps on screen at once. Delivering this multi-display support is only possible with the full power of M1-based iPads. Customers with iPad Pro 3rd and 4th generation have expressed strong interest in being able to experience Stage Manager on their iPads. In response, our teams have worked hard to find a way to deliver a single-screen version for these systems, with support for up to four live apps on the iPad screen at once.

External display support for Stage Manager on M1 iPads will be available in a software update later this year.

Yet for some, Stage Manager still has issues prior to its release. Today, MacStories editor-in-chief Federico Viticci, who has sent out feedback to Apple about Stage Manager's Beta back in August, sent out a fresh tweet today as presented below.

A tour of the latest Stage Manager beta for iPadOS 16:

Whether Apple will fix these issues prior to the release of iPadOS 16.1 is unknown at this time.