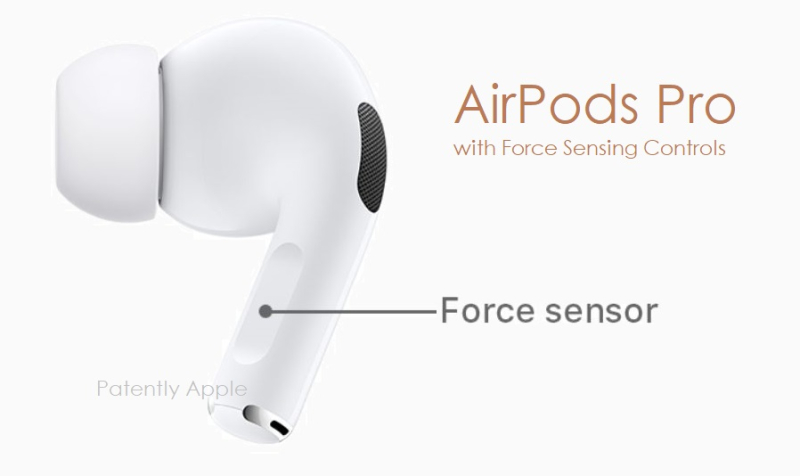 Today the U.S. Patent and Trademark Office officially granted Apple their second patent that relates to AirPods Pro force with force sensing controls built into its stem. The controls assist the user navigate their music, manage calls and provide three noise-control modes: Active Noise Cancellation, Transparency mode and 'Off'. A user can switch between them, depending on how much their surroundings they want to hear.

Apple's patent FIG. 1A below depicts a block diagram illustrating example functional relationships between example components that may be implemented in an electronic device (AirPods Pro); FIG. 1B depicts an example implementation of the AirPods Pro of FIG. 1A; FIG. 1C depicts a user wearing AirPods Pro. 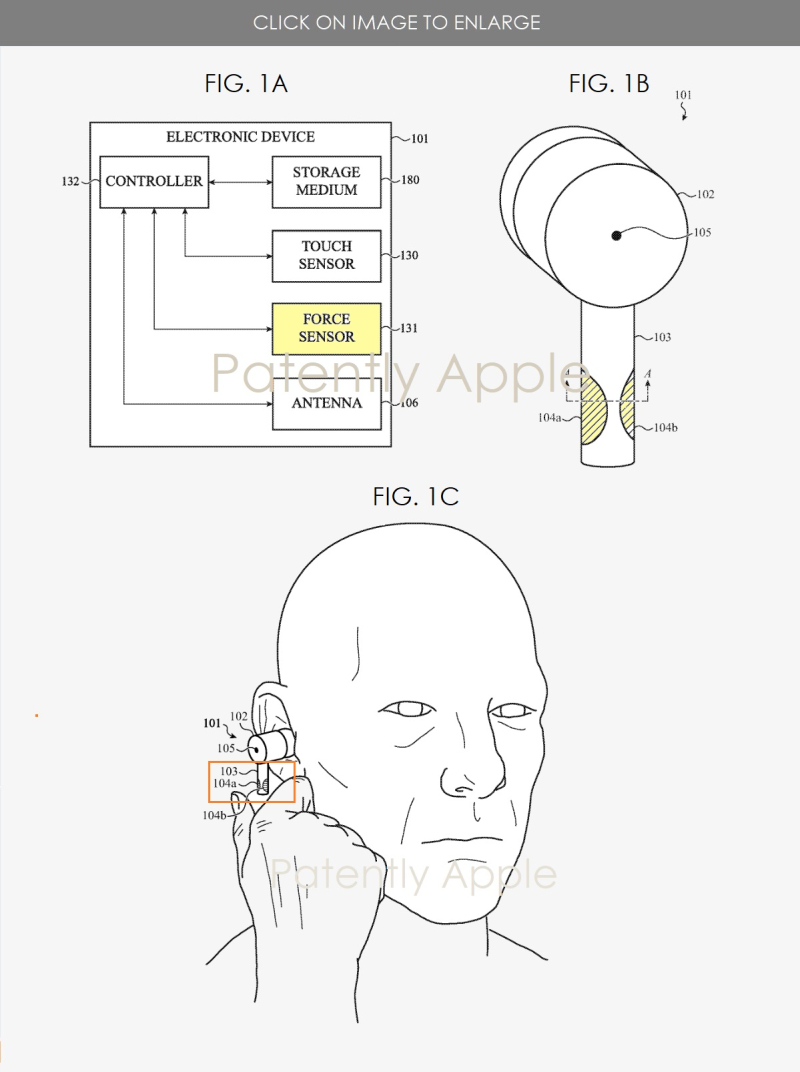 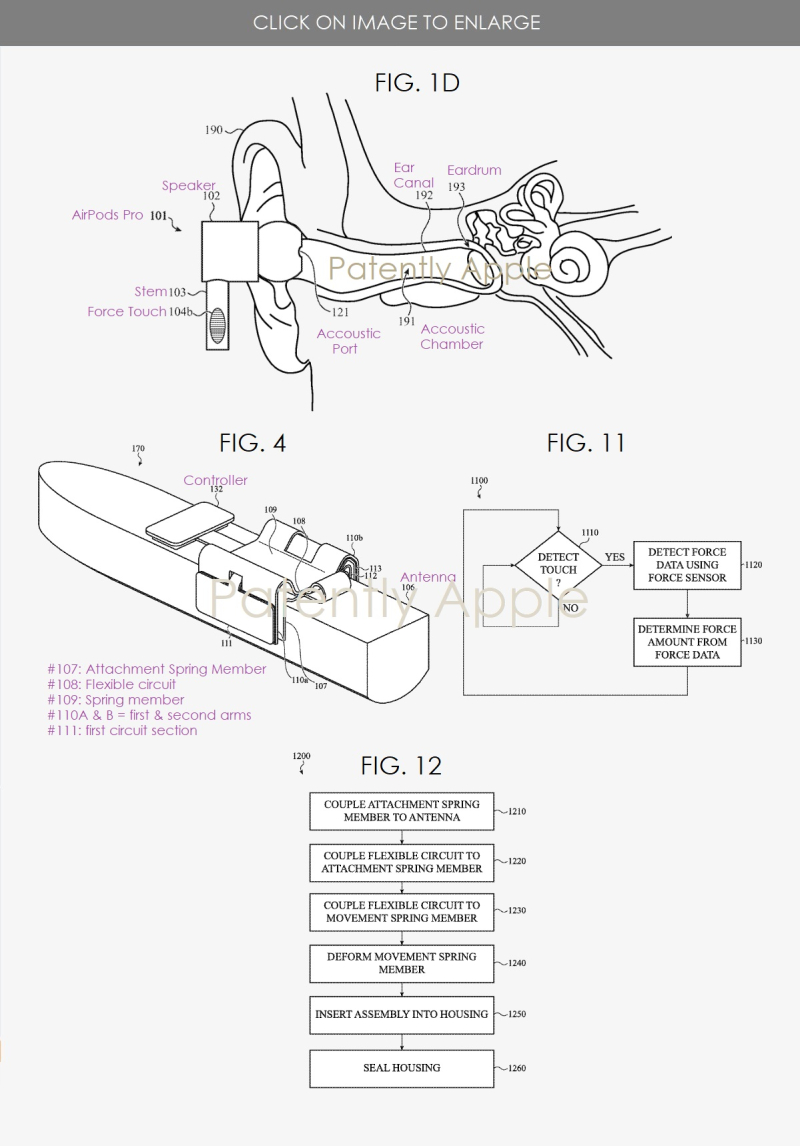 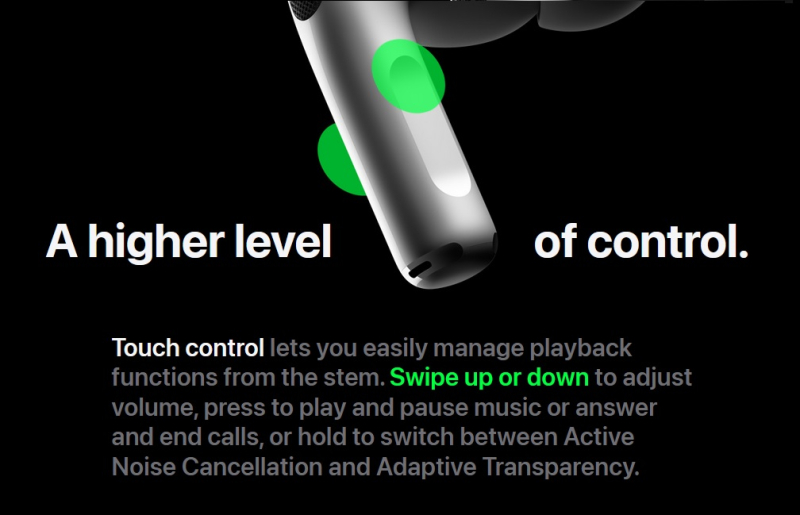