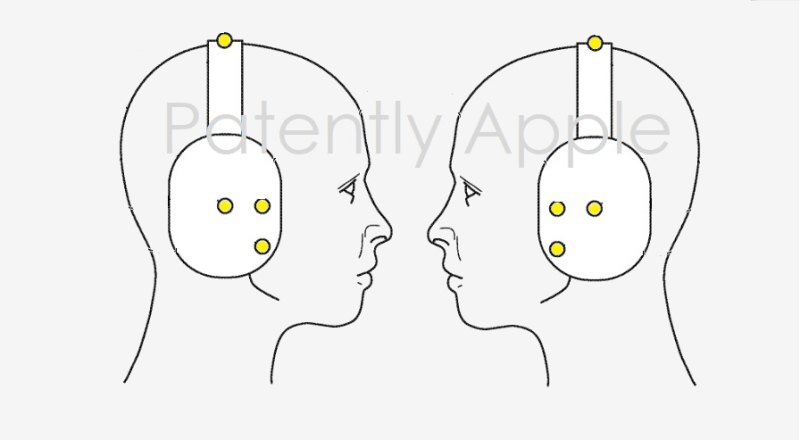 Today the U.S. Patent and Trademark Office officially granted Apple 3 AirPods related patents. Two of the patents cover the construction of AirPods Max. The third is the one that more interesting in that it covers a feature not yet implemented, at least not knowingly. The patent covers the use of a Bioauthentication circuit that relates to AirPods Max being configured to authenticate whether a voiced command or a silent gesture command arose from the user. If not, the command isn’t executed.

Apple's granted patent relates to wearable devices such as in-ear AirPods and over-ear AirPods Max using voiced or silent gesture commands that may induce skin deformations, such as skin vibrations. 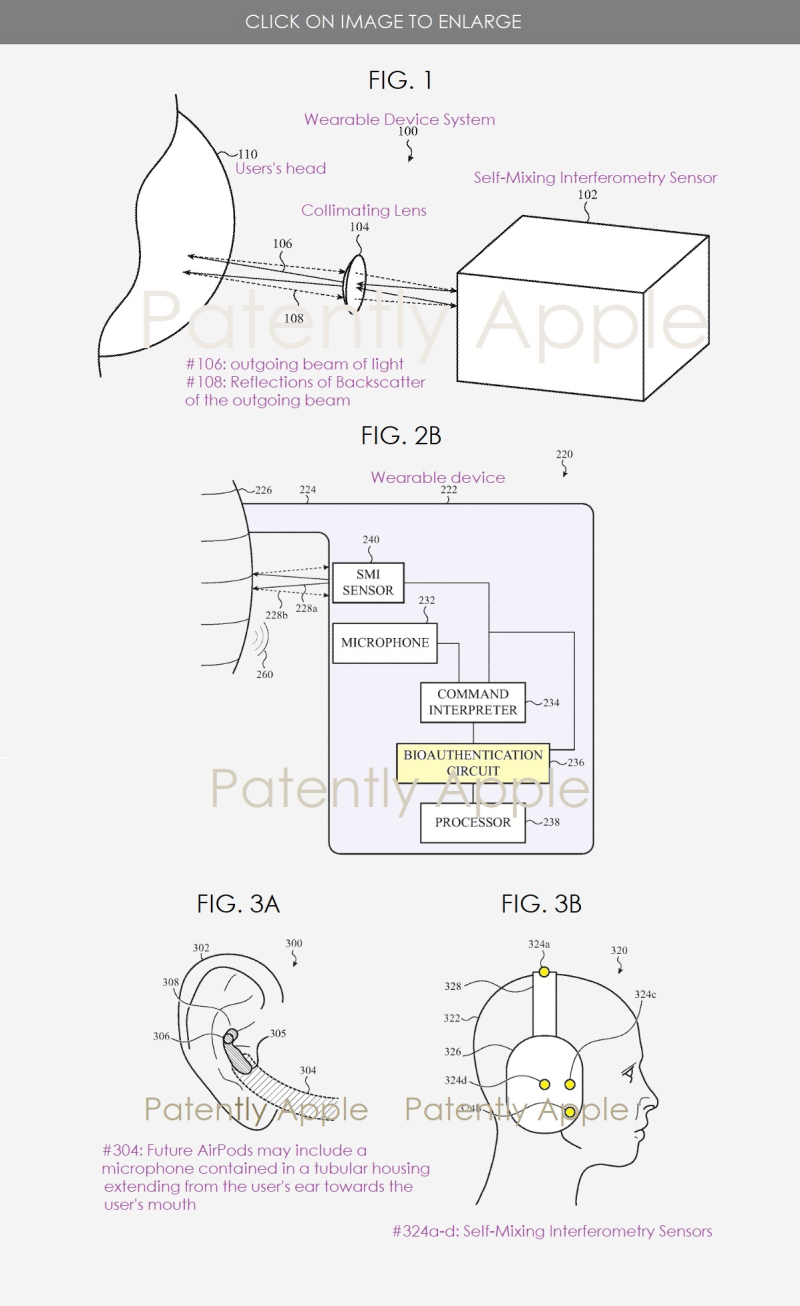 One such authentication may be to accept a voiced command recognized in the microphone's output signal only if the analysis of the self-mixing interferometry signal confirms that the user was speaking when the microphone received the sound input.

In another type of authentication, a voiced command recognized in the microphone's output signal is accepted only when it agrees with a voiced command recognized in skin deformation information of the self-mixing interferometry signal. These two types of authentications can reduce improper command entry to the device, such as from a recording of the user's voice, or from another person's voice.

In still another authentication, a silent gesture command recognized in skin deformation information of the self-mixing interferometry signal may be accepted as valid if the sound input occurring concurrently with the skin deformation is below a volume threshold, such as when the user isn't speaking, and the background noise is low.