Home Archives Contact Us Subscribe Twitter Facebook Patently Mobile
Apple TV+ Releases the Trailer for Sci-Fi Series 'Circuit Breakers' about mid-schoolers that is covered in seven distinct stories
In Q3-22, Apple Led the Global Smartphone market and in China they were the only vendor to show signs of Life

Apple Files for 'Magic Keyboard Folio' Trademark in the U.S. and Europe, wins a Design Patent for an iPhone MagSafe accessory & more 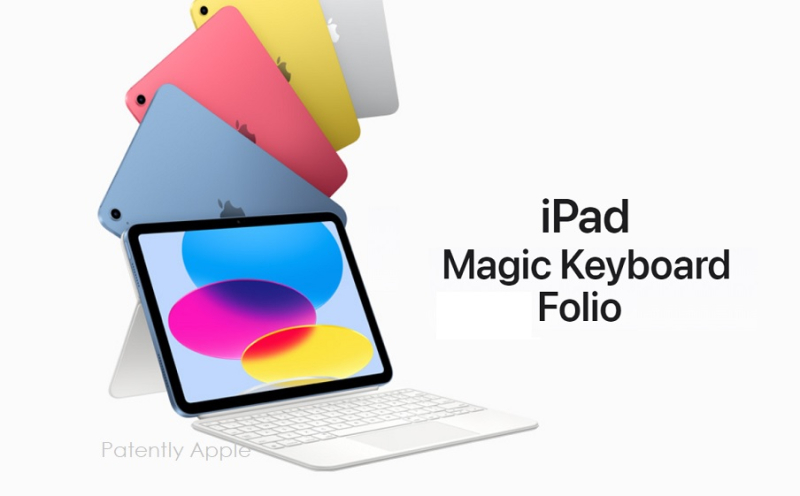 Apple filed for the "Magic Keyboard Folio" trademark, according to the U.S. Patent and Trademark Office that published it today, though the official filing was made on October 19, 2022. Apple's new Magic Keyboard Folio was revealed during last week's press release about the newly redesigned iPad.

Apple filed their trademark under International Class 009 covering: "Computer peripherals; computer keyboards; computer trackpads; accessory for a handheld mobile digital electronic device that functions as a protective and decorative case and a stand and incorporates a keyboard and trackpad; cases adapted for computers; covers for tablet computers." Below is partial image of Apple's application. 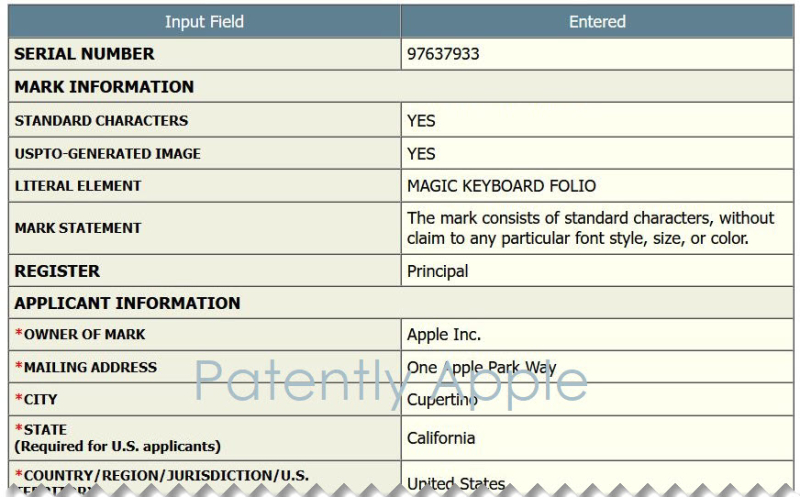 The U.S. Patent Office (USPTO) defines a specimen as being an example of how a company is actually using their trademark in the marketplace with the goods or services in their application. It's what consumers see when they are considering whether to purchase goods or subscribe to services that Apple provides in connection with their trademark. Below is the Specimen that Apple provide to USPTO for Magic Keyboard Folio. 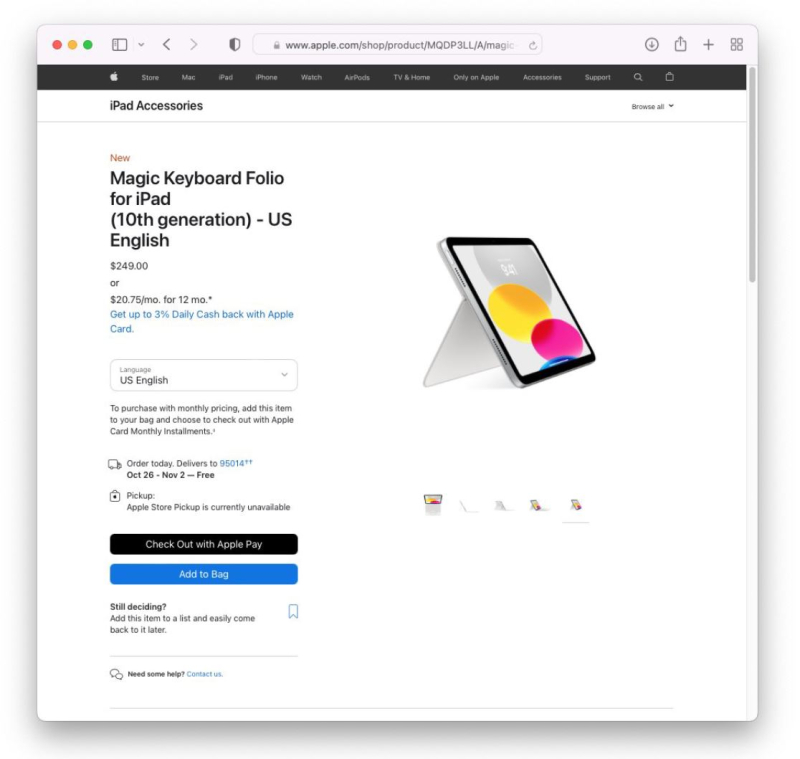 Apple also filed for the "Magic Keyboard Folio" in Europe as noted in the filing image below. 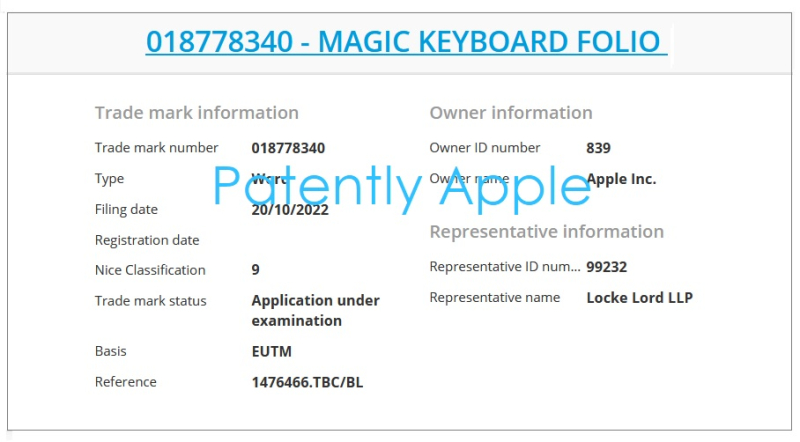 On October 25, the U.S. Patent office provided Apple with a Registered Trademark Certificate for "Memory Looks." Apple filed it under International Class 009 covering:  "Downloadable computer software for creating, editing, and viewing photos and videos; downloadable computer software for applying filters to change the appearance of digital images and photographs." Apple filed for the trademark in October 2021. 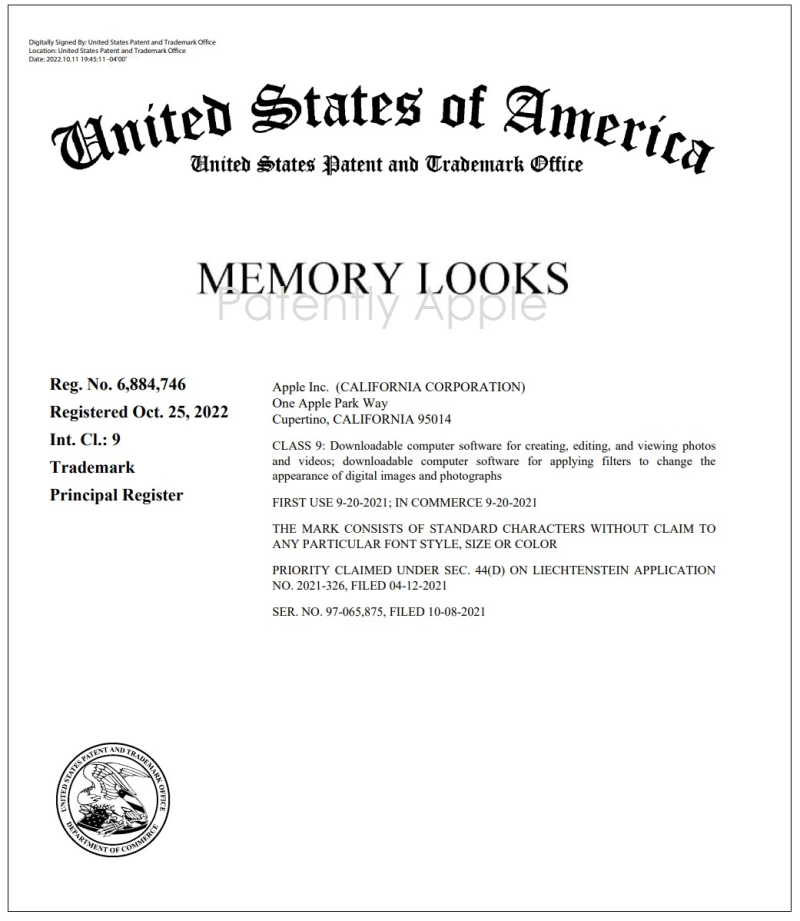 If you're not familiar with iOS 15's "Memory Looks" feature, then check out the quick tutorial here.

On Tuesday, the U.S. Patent and Trademark Office granted Apple a Design Patent for their iPhone Leather Wallet with MagSafe as noted in the patent figures presented below. The design was submitted to USPTO in 2020 with 21 designers credited for this simple design, which on paper seems to be complete overkill. 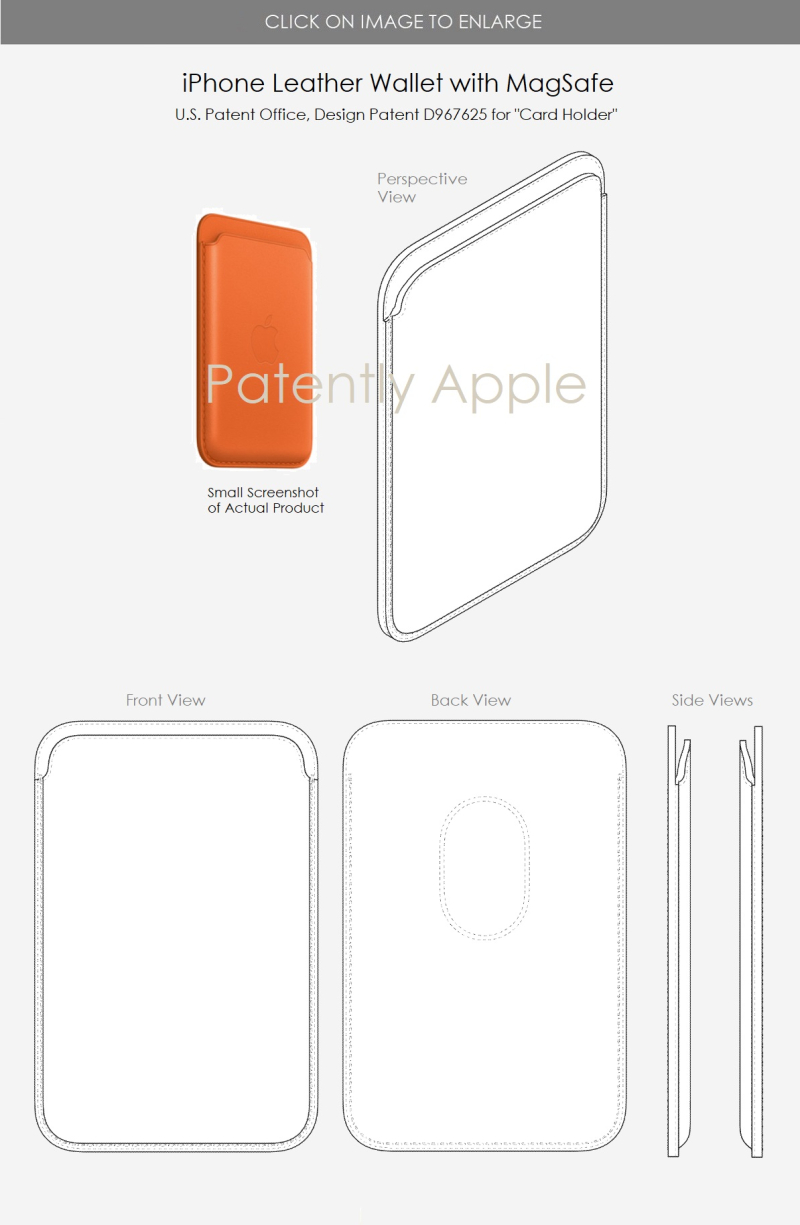