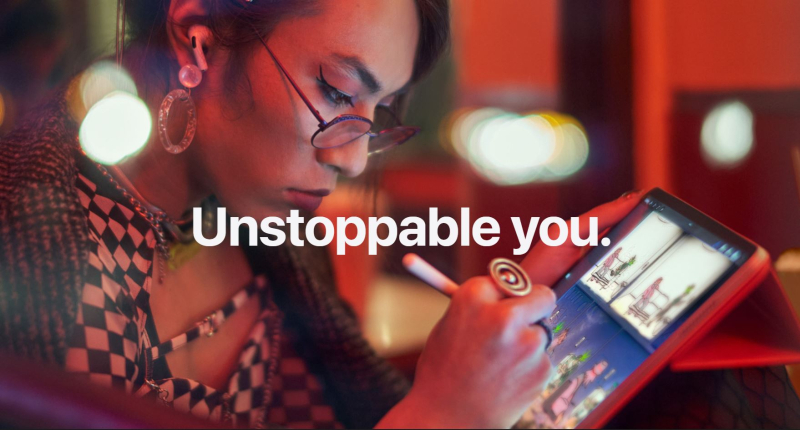 Several weeks ago, California State University, Dominguez Hills (CSUDH) welcomed more than 300 elementary and middle school students from across Los Angeles to its Center for Innovation in STEM Education (CISE) lab for a “STEAM Max” experience. The event gave participants from all backgrounds the opportunity to learn new science and technology skills — including app design. That same week, the university kicked off after-school coding clubs at six elementary and middle schools, and began hosting a regular Saturday STEM Exploration Day where activities are coached by CSUDH computer science majors. 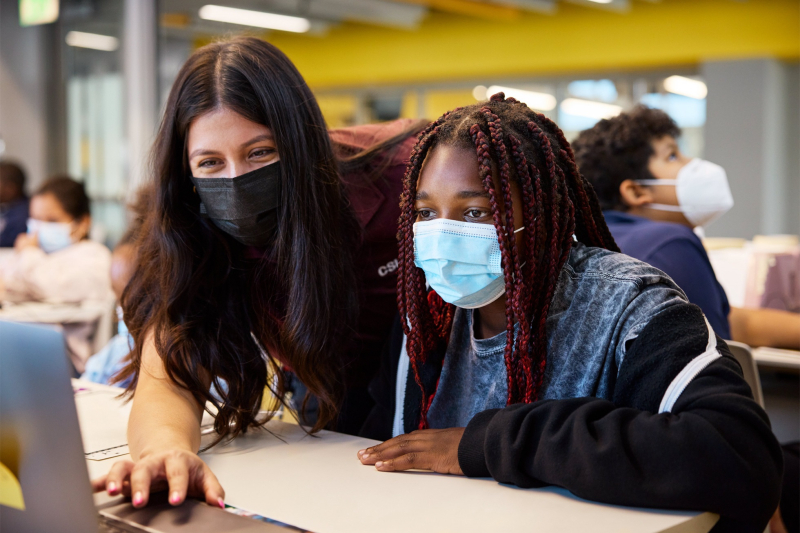 Through its Community Education Initiative, Apple works with more than 150 partners to expand access to new learning opportunities across more than 600 communities.

CSUDH is part of Apple’s Community Education Initiative (CEI), which launched in 2019 to bring coding, creativity, and career opportunities to learners of all ages, and to communities that are traditionally underrepresented in technology. Since then, the company has rapidly expanded this work to learners across 99 countries and regions, and all 50 states, building on years of collaboration with educators and communities.

Through CEI, Apple teams up with schools, educational institutions, and community-based organizations to provide Apple hardware, scholarships, financial support, educator resources, and access to teams of Apple experts who work side by side with educators to enhance student learning with technology. Apple collaborates with each partner organization to customize and enhance programming to support the community’s goals, bringing together Apple’s unique combination of hardware, software, and professional learning resources to transform students’ in-school and extracurricular educational experiences.

In the two years since CSUDH first teamed up with Apple, the university has brought new STEAM experiences to nearly 2,000 students and teachers across greater Los Angeles — and expects to reach another 4,000 learners across 40 schools with programming this year. The university also helps educators obtain their certification in computer science instruction to ensure California has enough teachers for coding and IT workforce training classes.

“What astonishes me the most is what we’ve been able to accomplish in such a short period of time because of this unique partnership with Apple,” said Dr. Kamal Hamdan, director of CSUDH’s CISE lab. “Thousands of students who would have never had access to this type of learning have gone though one of our programs, and you can’t put a dollar amount on those experiences. It’s a testament to the fact that when two organizations with like-minded values put their hearts and their heads toward a common goal, the sky is the limit in terms of how many lives we can change.”

CSUDH’s ambitious growth plans are reflective of the ongoing expansion of Apple’s CEI work, as the company brings new programming and learning opportunities to more partners and learners across the US and globally. Apple kicked off its CEI programming with educators from nearly 70 educational institutions in Austin, Texas; Boise, Idaho; Columbus, Ohio; Houston; Nashville, Tennessee; and Northern California. Three years later, Apple now has CEI partners in 29 states, plus the District of Columbia. Through virtual and in-person programming, more than 150 partners have reached learners in nearly 600 communities across 99 countries and regions, and all 50 US states. 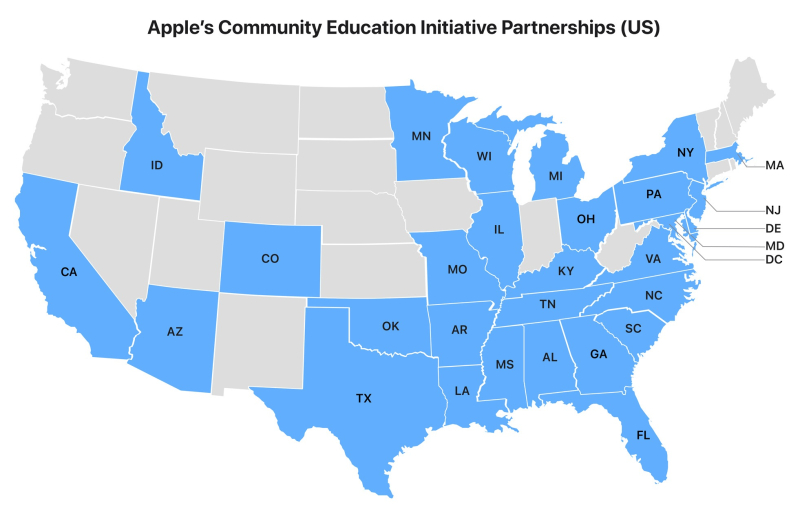 Through virtual and in-person programming, CEI partners in 29 states and the District of Columbia reach learners from coast to coast — and in 99 countries and regions.

CEI is rooted in Apple’s four-decade history in education and its commitment to advancing equity and access through education. CEI partners serve communities that have historically been under-resourced, and the initiative is designed to create opportunities for learners who may not otherwise have access to technology or workforce resources. The work aligns with Apple’s Racial Equity and Justice Initiative, which in part aims to expand opportunities for communities of color through education. Through CEI, Apple works with K-12 schools to advance in-school learning, organizations that provide out-of-school programming — such as Boys & Girls Clubs of America and Kode With Klossy — and minority-serving institutions, including dozens of Historically Black Colleges and Universities and Hispanic-Serving Institutions.

Lisa Jackson, Apple’s vice president of Environment, Policy, and Social Initiatives: "We believe education is a powerful force for equity, helping learners discover the tools they need to lift up their communities and shape the future. We’re thrilled to continue to expand our Community Education Initiative so that students of all ages have access to world-class learning opportunities, regardless of their zip code."

Oklahoma City University (OCU) — in partnership with the Cherokee Nation, the Choctaw Nation, and the Chickasaw Nation — is among Apple’s new CEI partners. Together, Apple, OCU, and the tribal governments have launched a new effort to provide educational opportunities to Native American youth and other young people who live on tribal reservations in Oklahoma, with the dual goals of preserving tribal languages and cultures, and enabling employment pathways so that young people can pursue their future while living in their tribal communities. The partnership kicks off later this month with a teacher academy for educators working in schools within the reservations of the Cherokee Nation, Choctaw Nation, and Chickasaw Nation, to support their work to integrate creativity and coding concepts in the classroom.

Kenneth Evans, OCU’s president: "I’m in awe of the relationship this university has developed with Apple and the impact it will have on our tribal nation partners. Together, we have the tools, technology, strategic infrastructure, and preservation initiatives that are creating paths to opportunity for future generations. From coding to more broad technical skills, we’re helping young people prepare for in-demand jobs while still honoring the heritage, language, and traditions of the Cherokee, Choctaw, and Chickasaw nations. As these programs expand, so too will their reach, enriching communities and preserving legacies for years to come."

To learn more about Apple’s commitment to education and work with partners across the globe, click here.