Home Archives Contact Us Subscribe Twitter Facebook Patently Mobile
In Q3 2022, Apple was the only Smartphone Vendor to Show Growth as Chinese Vendors Declined over 22%
Apple TV+ Releases the Trailer for Sci-Fi Series 'Circuit Breakers' about mid-schoolers that is covered in seven distinct stories

Apple analyst Ming-Chi Kuo predicts that physical control buttons on the next iPhone could be virtual by 2023, which is supported by Patents 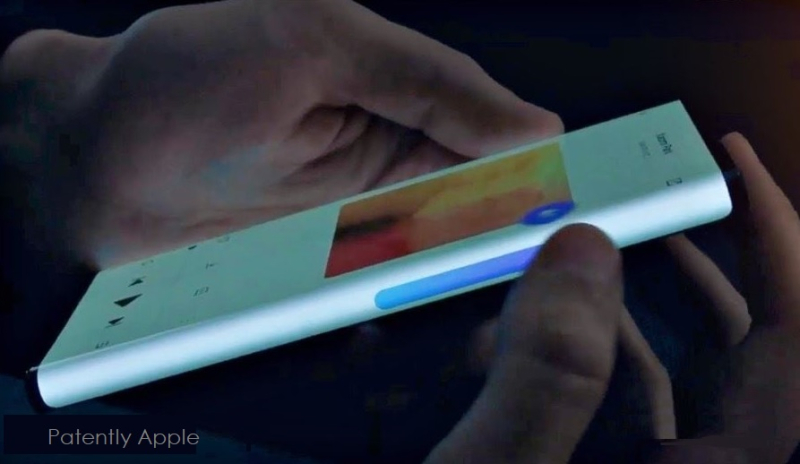 In 2019 Patently Apple posted a report titled "The Latest trend of Physical Buttons on a Smartphone being replaced with Touch Controls is one that Apple is likely to Adopt." The report pointed to two Apple patents discussing the use of virtual buttons based on touch controls to replace physical buttons. In one of their patents, Apple noted that a "touch sensor layer may be formed on the inner surfaces of some or all of these opaque walls to provide the exterior surfaces of these portions of device with touch input capabilities." One of Apple's patents dates back to 2011. So virtual controls have been on Apple's radar for some time.

Today, Apple Analyst Ming-Chi Kuo released his research on the matter as follows:

There will be Taptic Engines located on the internal left and right sides to provide force feedback to make users feel like they are pressing physical buttons.

Due to this design change, the number of Taptic Engines used in each iPhone will increase from the current one to three. As a result, the existing Taptic Engine suppliers, Luxshare ICT (1st supplier) and AAC Technologies (2nd supplier) will be significant beneficiaries."

However, Huawei was first to introduce virtual controls placed on the side of a smartphone back in a 2019 presentation as presented in the graphic below. Whether the rumored virtual buttons for a future iPhone will be in the form of color-coded areas or backlit when touched is unknown at this time.