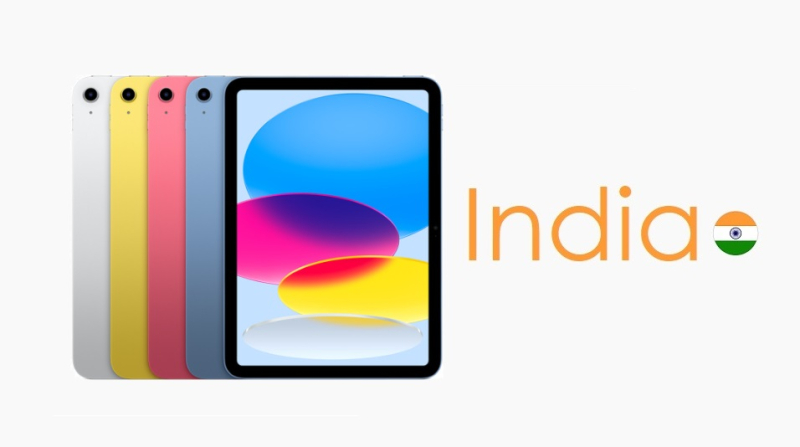 On October fifth, Patently Apple posted a report titled "Apple may be Shifting some AirPods and Beats Headphone production to India." Today, a new supply chain report is claiming that iPads could start being manufactured in India as well.

Taiwan's United Daily News is reporting today that the supply chain sources have revealed that Apple's iPad is expected to be the next product that will be made in India by Hon Hai-Foxconn. Today, Apple's iPad supply chain is in mainland China.

It's currently estimated that the iPad shipped about 58 million units last year, and the vast majority of the iPad supply chain is concentrated in mainland China. As Apple continues to expand the production of products in India, Hon Hai will benefit the most.

It was previously reported in the market that Apple plans to move a small number of iPads to Vietnam for production, with manufacturers including Hon Hai and BYD. Yet the key concern about Vietnam is that there could be a shortage of components should there be an obstruction of transportation of parts to Vietnam from China.

Hon Hai Director Liu Yangwei previously said that Hon Hai has been working in India for more than a decade. At present, many other manufacturers or different industries are increasing investment in India. This is a general trend and will make the speed faster. In addition to promoting semiconductors in India, Hon Hai There may be cooperation, and there will be localized products built in India.

The article's point about an obstruction of transportation of device parts to Vietnam from China goes to show the concerns of the supply chain about the rising tensions between the U.S. and China. There's another article posted today on UDN stemming from the Financial Times (Taiwan) titled "Taiwan's Chip Industry Trapped in the Tech Cold War." It's an interesting read to show just how real the U.S. – China technology war is becoming and how TSMC is caught in the middle. A dangerous position to be in.

All the more reason why it's important for Apple to continue to move device production out of mainland China wherever and whenever it can to safeguard against production failures from component shipment issues or more COVID based shutdowns like the one Apple experienced in Shanghai earlier this year which hurt their financial quarter relating to Mac sales.

While Apple is planning to eventually produce iPads in India, UDN reported that Apple Watch production is likely to move to Hon Hai in Vietnam in the not-too-distant future.

While on the topic of India, Apple's CEO posted a Tweet late last night regarding the Diwali holiday.

This photo beautifully captures why Diwali is known as the Festival of Lights. Wishing all who celebrate a holiday full of joy and prosperity. #ShotoniPhone by Apeksha Maker. pic.twitter.com/BhUH1MkFfS