Home Archives Contact Us Subscribe Twitter MeWe Facebook Patently Mobile
Apple Patent Reveals a Foldable Device that could fold in half or in a Double-Fold Configuration
In Q3 2022, Apple was the only Smartphone Vendor to Show Growth as Chinese Vendors Declined over 22% 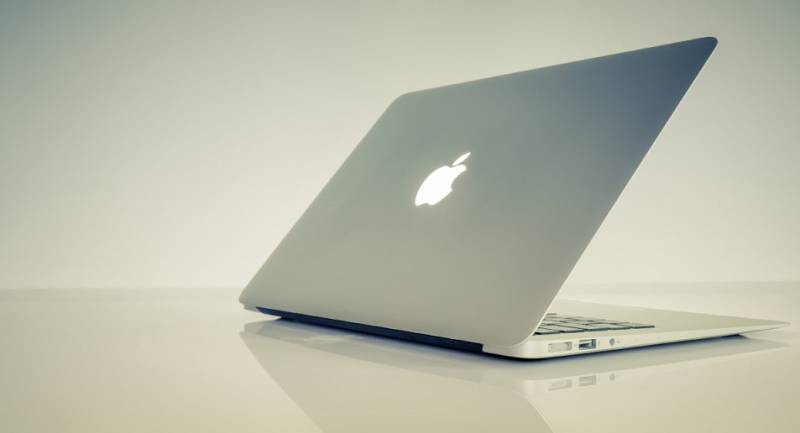 In 2015 the iconic backlit Apple logo was dropped on their MacBook. A new patent application published today by the US Patent & Trademark Office suggests that Apple is revisiting this feature. This isn't a continuation of an old patent, it's a new patent based on a provisional patent that Apple filed in 2021 that wasn't made public. Three of the engineers listed on this patent only joined Apple in 2018, well after the backlit logo was dropped. So, the described feature is new using a different methodology than the past.

Apple's patent application covers an electronic device (future MacBook) that may be formed from glass, metal, polymer, ceramic, fiber-composite material, crystalline materials such as sapphire, other materials, and/or combinations of these materials.

The rear of the hosing may be provided with a logo. The logo or other structures in the device may be provided with a backlit partially reflective mirror. The mirror may provide the logo or other structures with a shiny appearance while blocking interior components from view. At the same time, the partial transparency of the mirror allows backlight illumination from within the device to pass through the mirror. 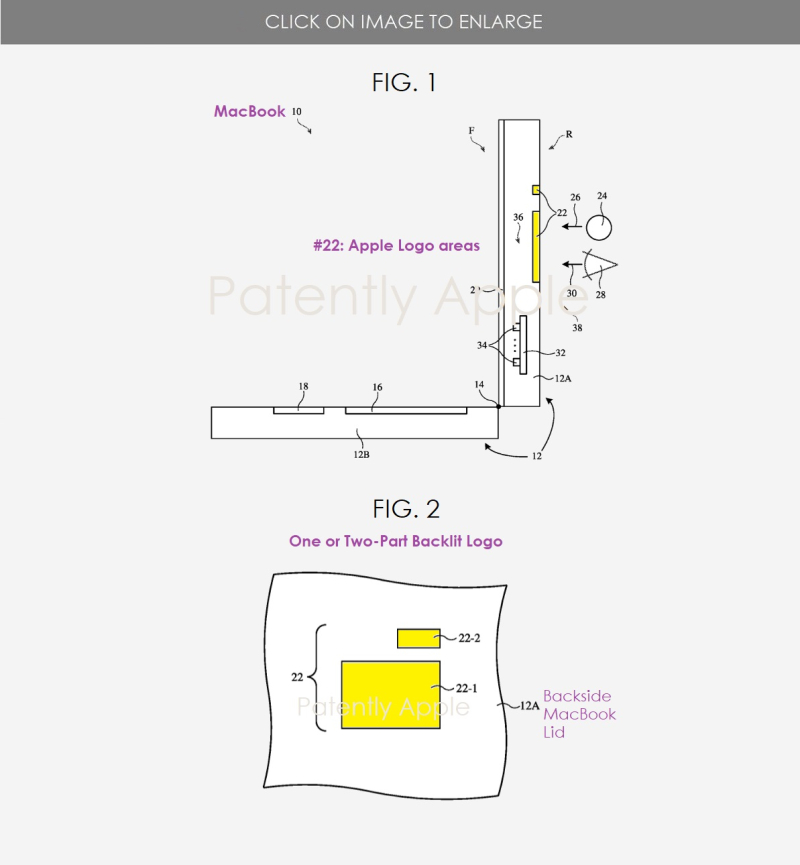 More specifically, Apple's patent FIG. 2 is a rear view of device 10 (a MacBook) in an illustrative configuration in which the logo (#22) has been formed in housing 12A (e.g., a rear housing wall for housing 12A). Openings in the rear housing wall may receive one or more partially reflective structures forming logo. The Logo may be formed from a single structure (e.g., a single structure that is surrounded on all sides be portions of housing 12A) or may be formed from two or more separate structures (e.g., separate islands that are each surrounded by portions of housing 12A).

The logo may have any suitable shape such as the shape of a recognizable corporate trademark, etc. In an illustrative configuration, the logo may have two or more disjoint portions such as portions 22-1 and 22-2 that are configured, respectively to form an apple shape and an apple leaf shape for the two-part trademarked apple logo associated with products of Apple Inc., of Cupertino, Calif.

Arrangements in which backlit mirror structures are used for non-logo structures (e.g., icons, key glyphs, decorative trim, text, status indicators, and/or other structures) may also be used, if desired. The configurations described herein in which the backlit mirrors form logos such as logo 22 of FIG. 2 are illustrative.