Home Archives Contact Us Subscribe Twitter MeWe Facebook Patently Mobile
Apple Invents Next-Gen OLED Displays with Integrated Optical Photodetectors that act as Cameras under the display
Apple's iPhone 14 Pro Max is a runaway hit in both the U.S. and China with Deep Purple being the most Popular Color in China 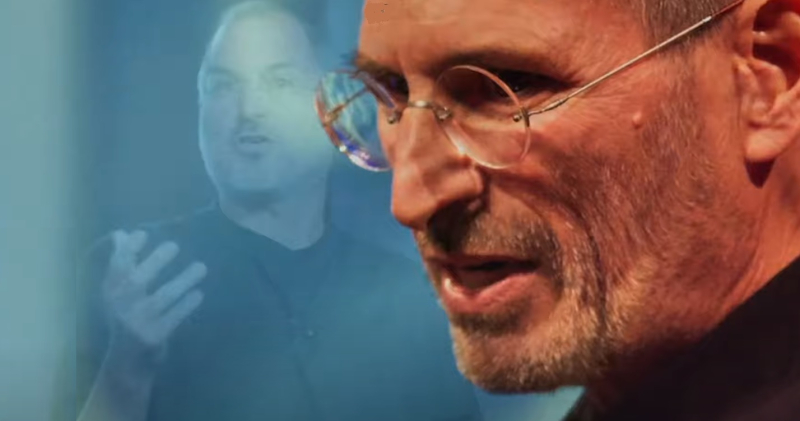 The beginning of the video takes a look back at key Steve Jobs moments and statements and then the session began.

Moderator Kara Swisher: What would steve think of the current moment in your estimation. Tim, let's start with you.

Tim Cook: "I think at Apple, I believe and hope that he would be proud over a day like this where we bring out a lot of innovations [ referring to the Special 'Far Out' event] are very much on the principles that he laid out and articulated so well. I think the greater world he would be troubled by a lot of things that he sees, the sort of the partisanship and the division in world. But I think that he would be happy that we're living up to the values that he talked about so much, like privacy; like protecting the environment. These were core to him while we're keeping up innovation and trying to get people something that enables them to do something they couldn't do otherwise to give them tools to discover their own self and to change the world in their own way."

Tim Cook On Privacy: "Steve really engrained in the company in the early days the importance of privacy. It has only grown with every year that has passed since then. He saw, I think it was … in 2010 I think,  and he put it such eloquent and simple terms – it means asking people's permission; asking them repeatedly. It has been at the heart of of how we view privacy. We believe that privacy is a fundamental human right and we see a world where privacy takes a back seat and you have this sort of surveillance kind of mode everywhere. That this is a world where people begin to do less, and think less. They begin to alter their behavior because they know that they're being watched. And this is not a world that any of us want to live in. I think he (Steve Jobs) saw that and saw that well and I have every reason to believe that he would have put up good arguments and good fights along the way."

Days after the Code interview, the Korean Government found Google and Facebook guilty of haven been collecting and analyzing users’ behavioral patterns on different companies' websites and applications to utilize such information for tailored advertisements without notifying the users in advance or obtaining their consent. Exactly what Cook alluded to.

Watch the full Code Conference video for interesting conversations with Cook, Laureen Powell Jobs and Jony Ive - including a question period with the audience.  The video runs 1 hour 10 minutes.

It's a great interview that shouldn't be missed.