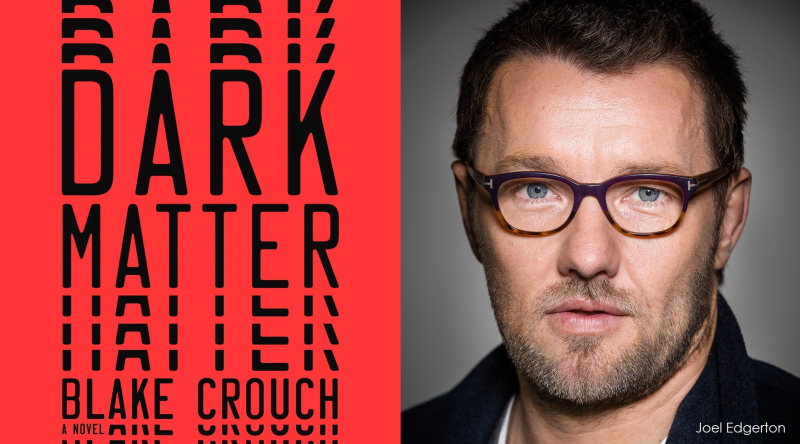 It was announced back in March that Apple had landed the 9-part Sci-Fi thriller titled 'Dark Matter' that received Rave Reviews for the Book. Starring Australian actor Joel Edgerton (“Obi-Wan Kenobi,” “Boy Erased,” “Loving”), who also serves as executive producer, the series will be written and showrun by Blake Crouch, and will be produced for Apple TV+ by Sony Pictures Television.

Hailed as one of the best sci-fi novels of the decade, "Dark Matter" is a story about the road not taken. The series will follow Jason Dessen (played by Edgerton), a physicist, professor, and family man who — one night while walking home on the streets of Chicago — is abducted into an alternate version of his life. Wonder quickly turns to nightmare when he tries to return to his reality amid the multiverse of lives he could have lived. In this labyrinth of mind-bending realities, he embarks on a harrowing journey to get back to his true family and save them from the most terrifying, unbeatable foe imaginable: himself.

Today we're learning that Alice Braga and Jimmi Simpson will be joining the cast of the series.  Braga will play Amanda, a psychiatrist. Simpson portrays Ryan, a brilliant neuroscientist and friend of Jason’s (Edgerton).

Braga is known for her starring role as Teresa Mendoza in USA’s Queen of the South. On the film side she was most recently seen in The Suicide Squad, and soon will be seen in FX’s upcoming limited series Retreat. She’s repped by WME and Greenberg Glusker.

Simpson was recently seen on television in Pachinko and The Man Who Fell To Earth, and will next be seen in the upcoming film Audrey’s Children. He’s repped by CAA and attorney Bruce Gellman. For more, read the full Deadline report.