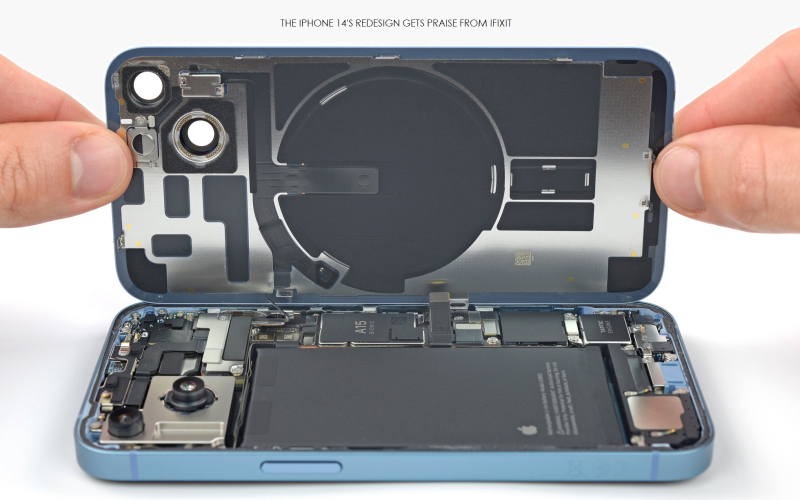 According to iFixit, the iPhone 14, which went on sale last week, is the most repairable iPhone since the iPhone 7, which came out in 2016. Apple has redesigned the internal structure in the iPhone 14 to allow users to remove and replace both the device’s back glass and its screen by removing only two screws, according to the teardown conducted by iFixit.

The changes will make it easier for Apple store employees, independent repair shops, and end users to replace the phone’s screen, back glass, and battery, the most common fixes for most smartphones.

“Apple has completely redesigned the internals of the iPhone 14 to make it easier to repair,” wrote Kyle Wiens, founder of iFixit. “It is not at all visible from the outside, but this is a big deal.” 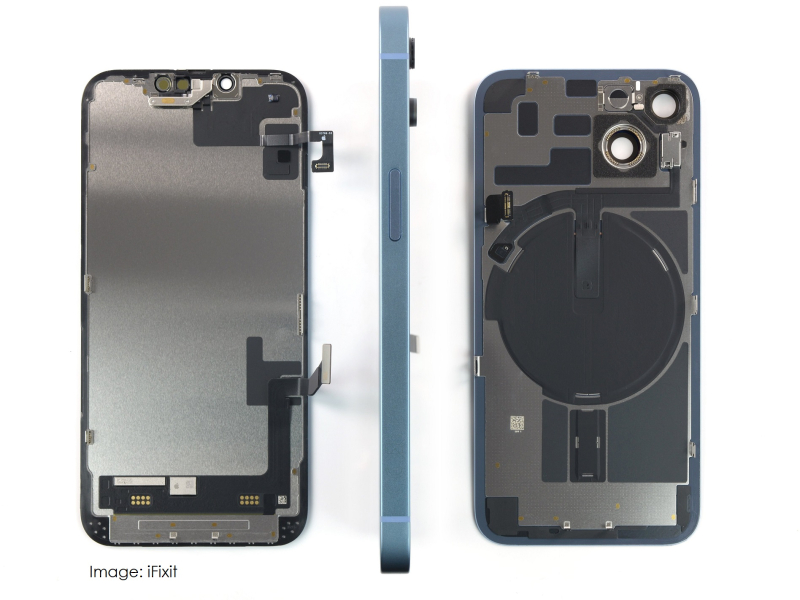 The high-end iPhone 14 Pro models don’t use the new, more repairable design, according to iFixit.

This year’s repair-friendly design on the iPhone 14 is in contrast to other iPhones and many Android devices that use glue and tight tolerances that make it more difficult to fix older phones.

Apple’s iPhone redesign comes as advocates continue to push for laws that give consumers access to manuals, tools, and parts needed to repair increasingly complicated electronic devices and industrial machines, which they say will make them last longer, reducing e-waste and environmental impact, while saving money for users.

Kyle Wiens ended by stating that "This design improvement is a big win. These changes to the iPhone will help it last longer and reduce its overall impact on the planet." For more, read the full CNBC report

According to iFixit's video below, the "already forgotten iPhone 14, not the Plus or the Max models, should be the iPhone you should be buying." Why? "Because it turns out that the feature that is most exciting about this phone is one that Apple didn’t tell anyone about. Apple has made an extraordinary change. It's gone out of its way to make the entry-level iPhone 14 easier to repair.

The reviewer stated that "Apple deserves a gold star for this" redesign. Though there is one big negative that iFixit points out in the video. The repairability of the iPhone 14 has been raised to a 7 out of 10, the best score since the iPhone 7 (2016).