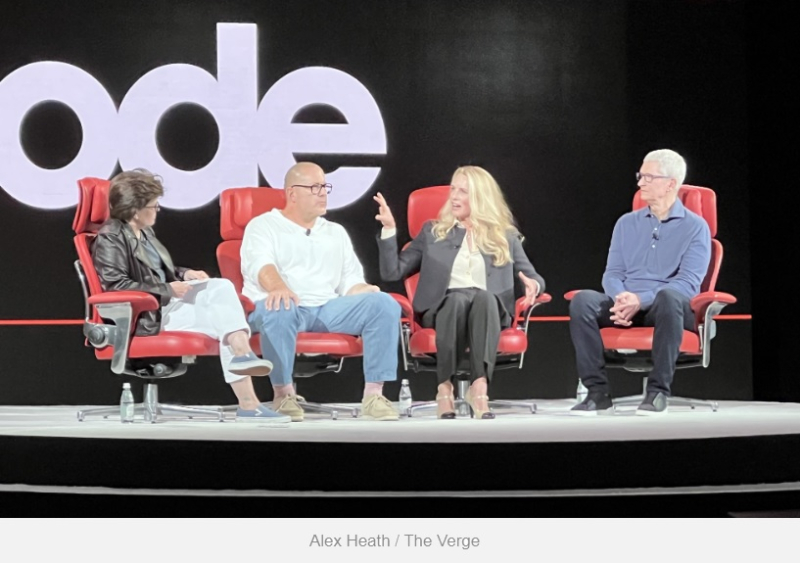 In-mid August, Google began a campaign against Apple iMessage for not modernizing and supporting Rich Communication Services (RCS) to enable better text messaging between Android and iOS. Google argued that Apple’s support of RCS would help prevent some of the problems that arise when iPhone users text with Android owners. Currently, images and video don’t show as clearly as they could, for example, and texts can’t be sent over Wi-Fi networks. While Apple's CEO addressed this issue at the Code Conference yesterday, many Apple fans may disagree his position.

Apple CEO Tim Cook stated that Apple doesn’t spend a lot of effort improving the texting experience between iPhones and Android devices because its users haven’t been asking for it. Specifically, Cook said that "I don’t hear our users asking that we put a lot of energy on that, on this point. I would love to convert you to iPhone.”

The questioner pressed Cook, saying that he couldn't send videos to his mom because of the limitations of SMS messaging. Cook glibly replied, then "Buy your mom an iPhone."

Cook was joined by former Apple head designer Jony Ive and Laurene Powell Jobs to discuss the legacy of Apple’s founder and announce a new Steve Jobs archive and potential documentary. For more on this, read the full CNBC report.

To review the full discussion that took place at the Code Conference Alex Heath and Nilay Patel live-blogged this conference segment with Tim Cook, Jony Ives and Laurene Powell Jobs. Review the report by The Verge for the full interview.