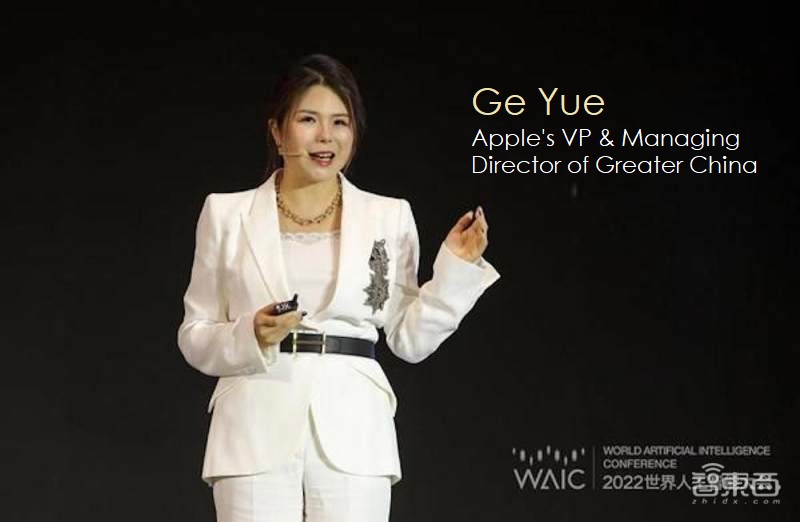 Yue stated that Apple Watch's Assistive Touch feature, the AirPods Pro's conversation enhancements, and the door detection feature released in iOS 16 and iPadOS 16 are just some of the things Apple offers convenience in the accessibility space for people with special needs. Meanwhile, in the health field, Apple has been thinking about the health of the majority. That's why Apple introduced a new "Sleep Stages" feature in watchOS 9, which can help you better understand your sleep status.

Yue believes that machine learning is becoming an important tool for Apple's innovation. At the meeting, she also mentioned that Apple's machine learning models not only rely on chip performance, but also require high-quality input, including touch, motion, sound, and visual information. Apple integrates sensors into hardware devices in order to provide fast and highly accurate signals.

We know that machine learning can help provide independence and convenience for users with disabilities, including visually impaired, hearing impaired, those with physical and motor impairments, and those with cognitive impairments. Let's look at a few examples, starting with the Apple Watch. Assistive Touch on the Apple Watch allows users with limited mobility to control the Apple Watch through gestures. Instead of tapping the display, the feature combines on-device machine learning with data from the Apple Watch's built-in sensors to help detect subtle differences in muscle movement and tendon activity. By including a gyroscope, accelerometer, and optical heart rate sensor, users can control the Apple Watch with hand movements such as pinching or making a fist.

You could review Yue's full conference speech at Taiwan's IT House.