Apple's iPhone 14 Pro Max is a runaway hit in both the U.S. and China with Deep Purple being the most Popular Color in China 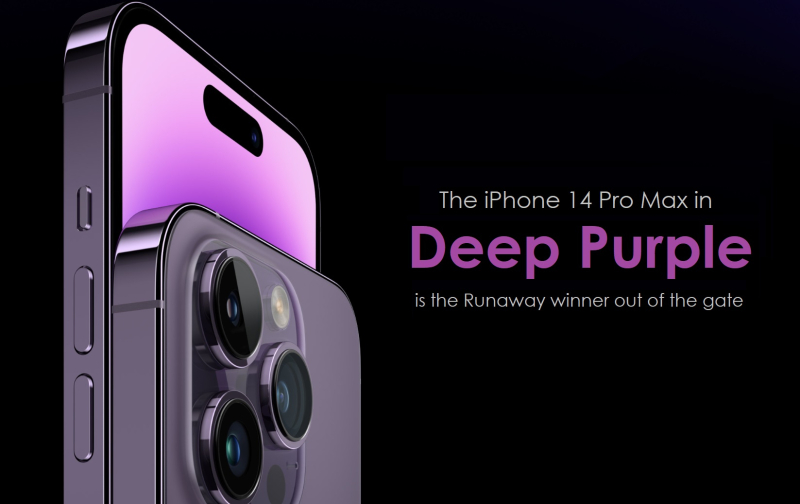 Today is iPhone 14 day and Apple started the morning posting Jumbo photos of Apple eager fans from stores in Singapore, Beijing and Paris checking out their latest devices.  A new report posted today point to the very best features are reserved for Apple's high-end Pro models costing at least $1,000. And based on preorder data, the strategy is already working with consumers, who have turned the most expensive new iPhone into the most popular version. 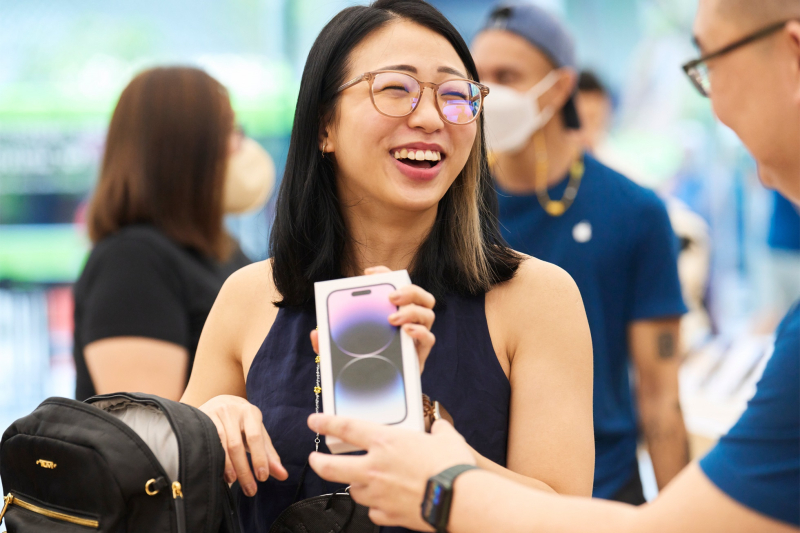 Amit Daryanani, an analyst at Evercore ISI, said in a report this week that "The data continues to point to robust demand for the iPhone 14 Pro and Pro Max, which could have a materially positive impact for both mix and margins."

Bloomberg reports that "Apple reshuffled its display configurations this year as well. Gone is the mini version of the iPhone. Instead, the company is betting that consumers want more screen real estate. The non-Pro iPhone 14 will come in a 6.1-inch model and a 6.7-inch Plus version that won’t be available until Oct. 7.

The preorder data suggests the iPhone 14 Pro Max is more in demand than the same model was last year, part of the shift upscale, according to a report by KGI Securities.

The question now is whether that momentum is strong enough for Apple to overcome a broader slump. Worldwide the smartphone market is expected to decline 3.5% to 1.31 billion units this year, according to market research firm IDC. For more read the full Bloomberg report.

In China, it's being reported that Telecom operators Chunghwa Telecom and Taiwan Big Brother announced the best-selling models on the first day of sale. The iPhone 14 Pro and iPhone 14 Pro Max accounted for about 90%, making them the first choice for fruit fans.