Today the U.S. Patent and Trademark Office officially published a series of 57 newly granted patents for Apple Inc. In this particular report we briefly cover three Apple Watch related patents and as always, we wrap up this week's granted patent report with our traditional listing of the remaining granted patents that were issued to Apple today.

Apple was granted two utility patents along with a design patent as highlighted in the graphics below.

Apple's Granted Patent 11,435,520 titled "Electronic devices with damage-resistant display cover layers." Apple notes that ring-shaped regions such as region #62 of FIG. 8 below may be located near the periphery of Apple Watch  which is referred to as peripheral rings or peripheral ring-shaped crack-arresting regions. 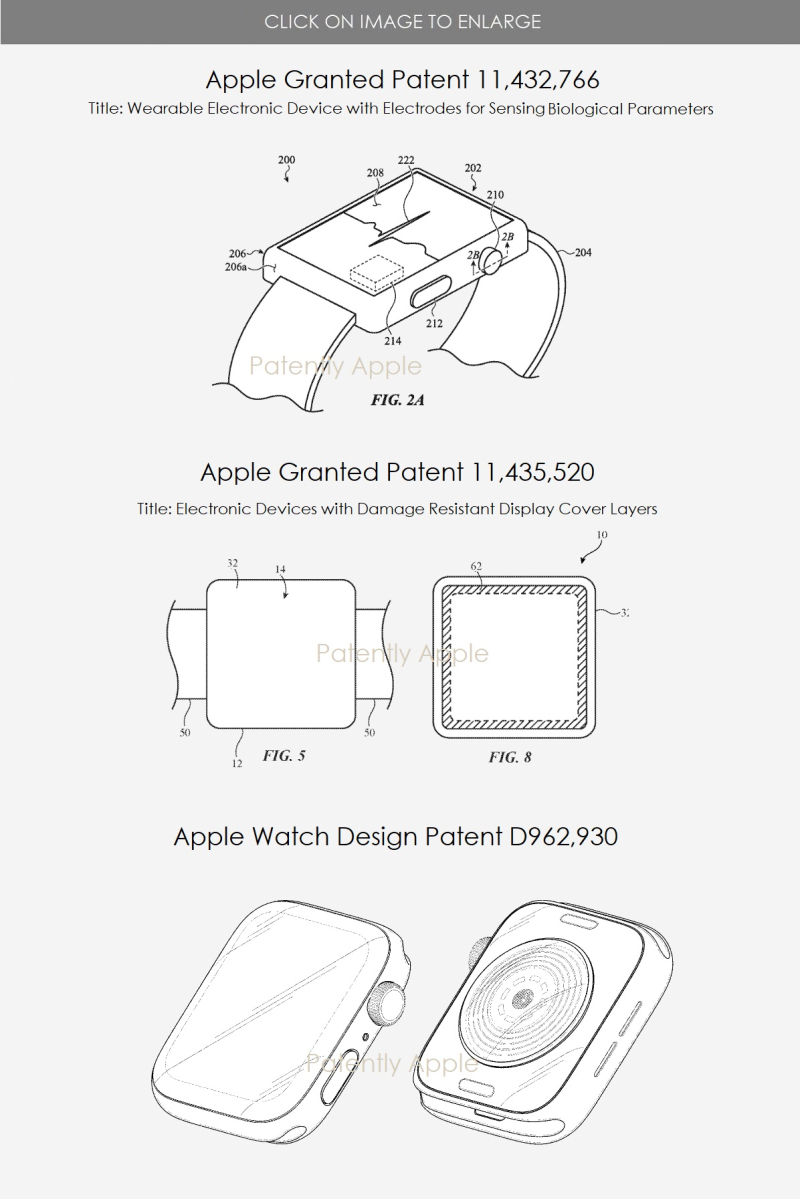 Apple was also granted design patent D962,930 for Apple Watch as noted in a few of the patent figures above.

While it's not a patent (yet), the concept drawing below found in a Tweet really grabbed my attention this morning. As a Pro design, the added guard around the digital crown, if true, is a well thought out idea. We'll see tomorrow if it actually pans out.

Check out the deep machined indents on the Digital Crown. And that crazy oblong crown guard… Actually feels more refined the more you gaze at it. #AppleWatchPro pic.twitter.com/84HzWXD2A6 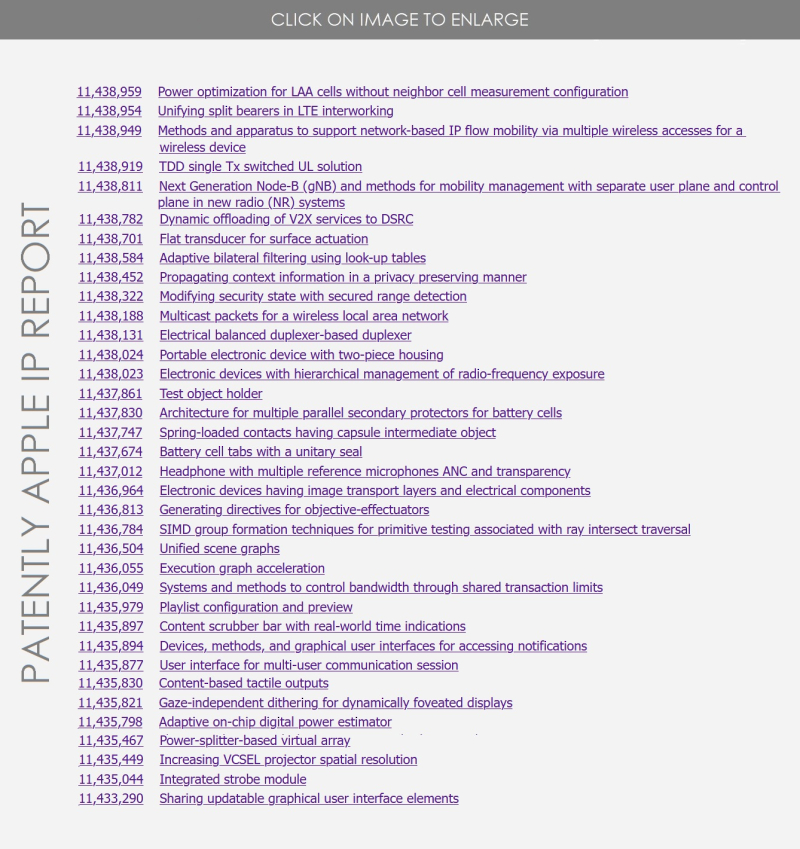