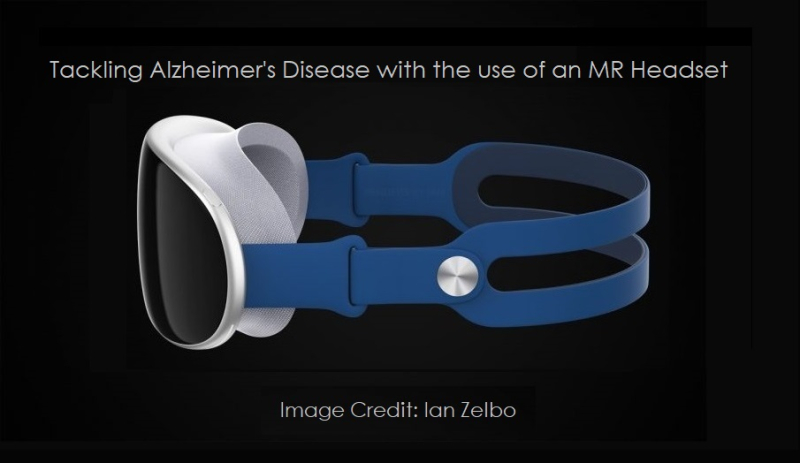 Today the U.S. Patent and Trademark Office officially granted Apple a patent that relates to head-mounted devices, and, more particularly, to head-mounted devices that can detect and respond to a user's behavior. More specifically, Apple's patent envisions their future Mixed Reality Headset being able to test and assist seniors suspected of showing signs of Alzheimer's Disease. With the use of Augmented Reality, exercises could be performed in the real world that test for aphasia and apraxia. It could also detect and respond to a user's expressions of agnosia. Lastly, the AR features could flash names of people in front of them should they forget and much more. This is a great endeavor and I hope that Apple will one day be able to deliver this patented concept to the public.

Dementia is one of the most common neurodegenerative diseases and covers several neurodegenerative diseases that have similar symptoms, wherein a large majority of cases are caused by Alzheimer's disease. Currently, there are about 24 million people around the world suffering from Alzheimer's disease, which increases by 4.6 million cases per year as the aging population increases.

The World Health Organization (WHO) has estimated that Alzheimer's will affect 80 million people by the year 2040. Alzheimer's disease has a slow pathogenesis and is a persistent neurological dysfunction that deteriorates over time.

Early symptoms of Alzheimer's disease may include short term memory loss, whereas symptoms in later stages of Alzheimer's may include delirium, irritability, aggressive behavior, problems with language, disorientation (including easily getting lost), mood swings, loss of motivation, loss of long-term memory, not managing self-care and behavioral issues.

Many individuals facing cognitive decline show physical or emotional signs of the issue. Some of these signs may be too subtle to notice within a limited range of time, particular at an early stage of such conditions.

Apple has for many years developed many health features for Apple Watch including an ECG app, the ability to measure Blood Oxygen, temperature sensing and the Sleep app.

Apple appears to now be working on one of the biggest health issues facing seniors, Alzheimer's disease. Apple is approaching a detection system that involves the use of their future mixed reality headset.

Apple's inventor, Paul X Wang, states that features of a dementia include multiple cognitive deficits, such as memory impairment, and at least one of aphasia, apraxia, agnosia, and/or a disturbance in executive functioning (e.g., the ability to think abstractly and to plan, initiate, sequence, monitor, and stop complex behavior). The order of onset and relative prominence of the cognitive disturbances and associated symptoms vary with the specific type of dementia.

Memory impairment is generally a prominent early symptom. Individuals with dementia have difficulty learning new material and may lose valuables, such as wallets and keys, or forget food cooking on the stove.

In more severe dementia, individuals also forget previously learned material, including the names of loved ones. Individuals with dementia may have difficulty with spatial tasks, such as navigating around the house or in the immediate neighborhood (where difficulties with memory are unlikely to play a role).

Poor judgment and poor insight are common as well. Individuals may exhibit little or no awareness of memory loss or other cognitive abnormalities. They may make unrealistic assessments of their abilities and make plans that are not congruent with their deficits and prognosis (e.g., planning to start a new business). They may underestimate the risks involved in activities (e.g., driving).

To make a diagnosis of dementia the cognitive deficits can be evaluated as being sufficiently severe to cause impairment in occupational or social functioning and as representing a decline from a previous level of functioning. The nature and degree of impairment are variable and often depend on the particular social setting of the individual.

Cognitive or degenerative brain disorders are characterized clinically by progressive loss of memory, cognition, reasoning, judgment and emotional stability that gradually leads to profound mental deterioration and ultimately death. The disease can begin a number of years before it manifests itself in the mild cognitive changes that are the early signs of Alzheimer's disease.

"Dementia of the Alzheimer's Type" begins gradually and is usually diagnosed after other specific causes have been ruled out. Diagnostic criteria for Dementia of the Alzheimer's Type include the development of multiple cognitive deficits manifested by both memory impairment (anterograde or retrograde, i.e., impaired ability to learn new information or to recall previously learned information) and one or more of aphasia (language disturbance), apraxia (impaired ability to carry out motor activities despite intact motor function), agnosia (failure to recognize or identify objects despite intact sensory function), and/or disturbance in executive functioning (i.e., planning, organizing, sequencing, and abstracting). These cognitive deficits can each cause significant impairment in social or occupational functioning and represent a significant decline from a previous level of functioning.

Head-mounted devices as presented in Apple's granted patent can provide non-invasive mechanisms for detecting and responding to symptoms of cognitive decline.

By collecting a large volume of data across a long duration of time, the cognitive status of the user can be evaluated with greater confidence than may be achieved with an evaluation of short duration and/or frequency. Evaluations performed by the head-mounted device can facilitate the determinations of which disorder is present, a severity of the disorder, trends, and/or forecasts. 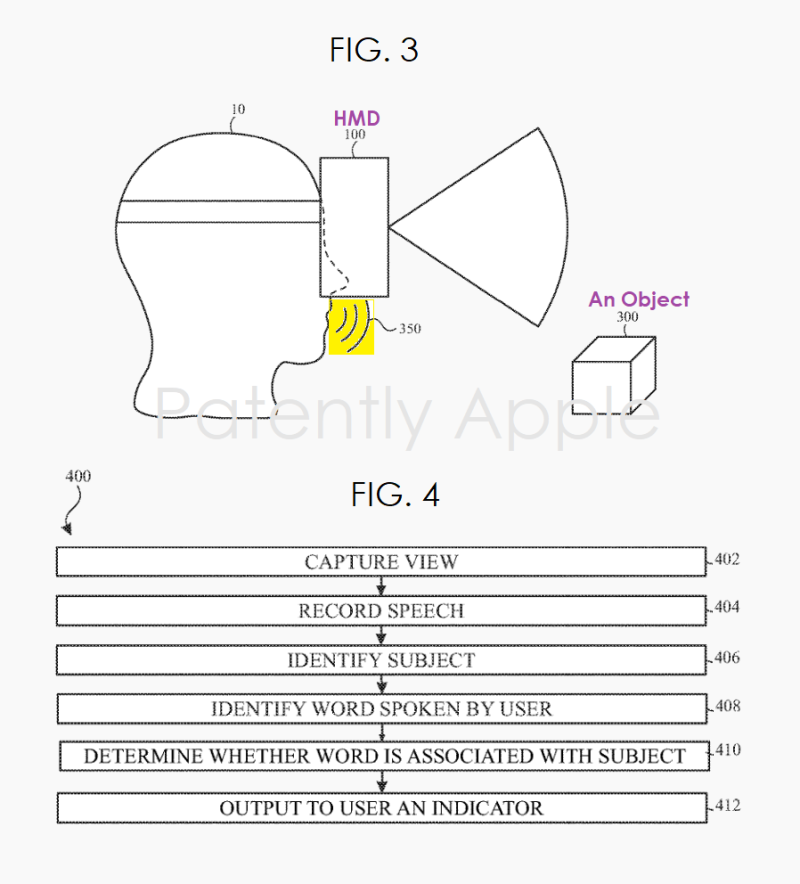 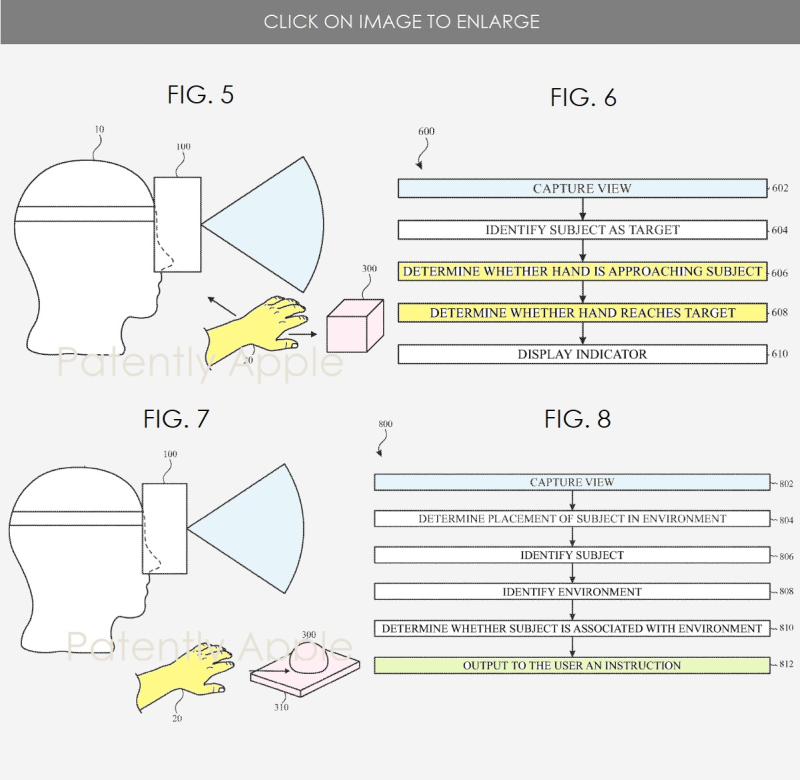