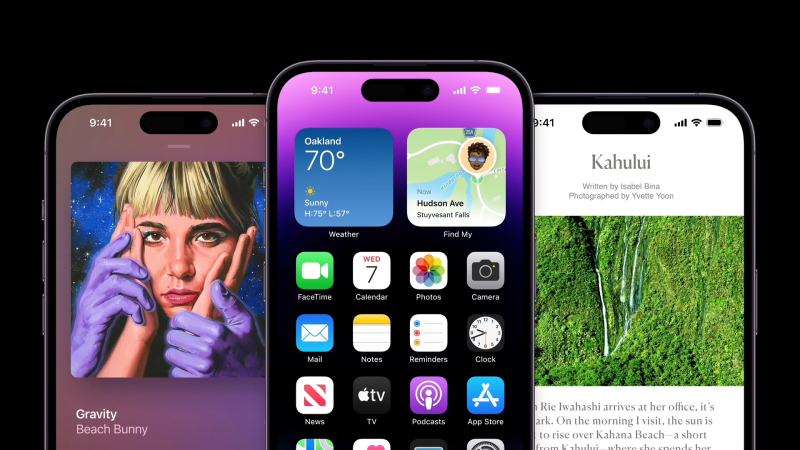 One of Apple's big surprises at yesterday's special 'Far Out' product event was the iPhone 14 Pro's new feature that Apple is marketing as the 'Dynamic Island' which reinvents the camera notch on the iPhone 14 Pro from being a traditional static display element to one that is fully dynamic, morphing into different shapes depending on the apps that a user is running at the time. Our cover graphic represents a static image of the 'Dynamic Island' feature. You could view Apple's dynamic image illustrating this feature in motion here.

Today, the Hong Kong database shows that Apple has filed for the 'Dynamic Island' trademark which was first secured in Jamaica in late July. Apple also filed for the figurative trademark representing 'Apple Music Live.'

Apple's Dynamic Island enables new ways to interact with iPhone, featuring a design that blends the line between hardware and software, adapting in real time to show important alerts, notifications, and activities. With the introduction of the Dynamic Island, the TrueDepth camera has been redesigned to take up less of the display area. Below is the keynote introduction to this new iPhone 14 Pro feature. 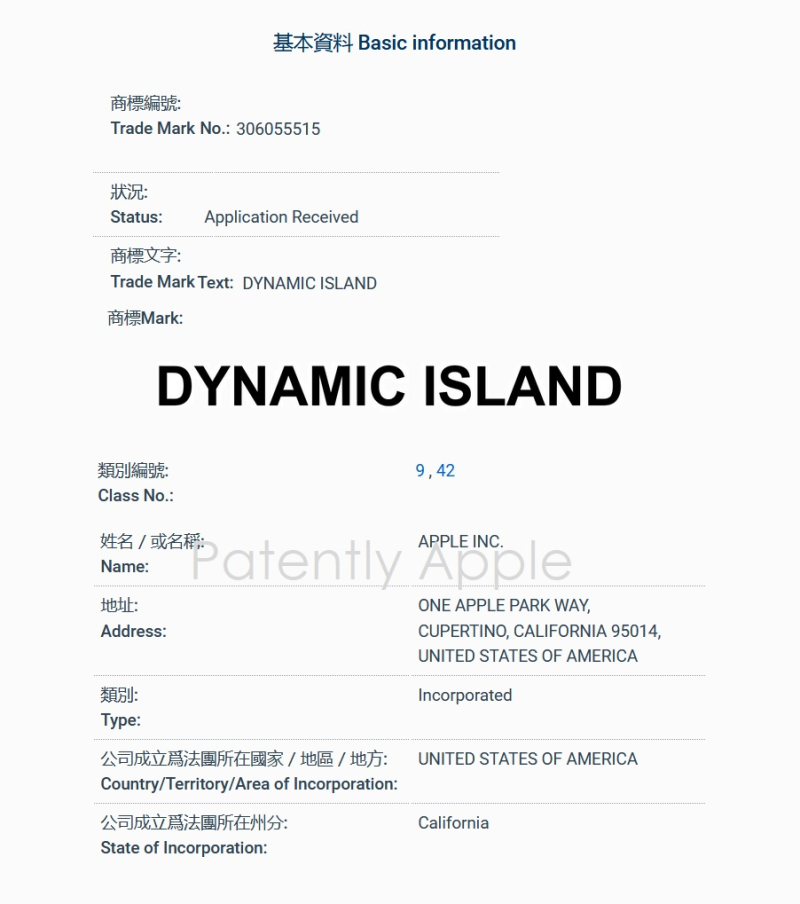 Apple filed their trademark under International Classes 009 and 042. What Apple listed under these classes is just too long to present in this report. For sure what they've listed is complete and utter overkill. For instance, for 009 Apple legal decided to cover smartglasses, audio speakers, set top boxes, television, 3D spectacles, optical lenses, electronic tags, fingerprint examination machines, iris scanners, motor vehicles, portable power chargers, cash registers and other nonsensical items such as sports whistles, dress designing, weighing of cargo and cryptocurrency mining. How these entries relate to Dynamic Island is a mystery, to say the least.

Then again, cities like Hong Kong and Shenzhen are the copycat capitals of the world, so why not cover everything possible that could protect a trademark.

Update 10:31 a.m. PST: Apple has now filed for the trademark 'Dynamic Island' in Europe as presented below under the same International Classes 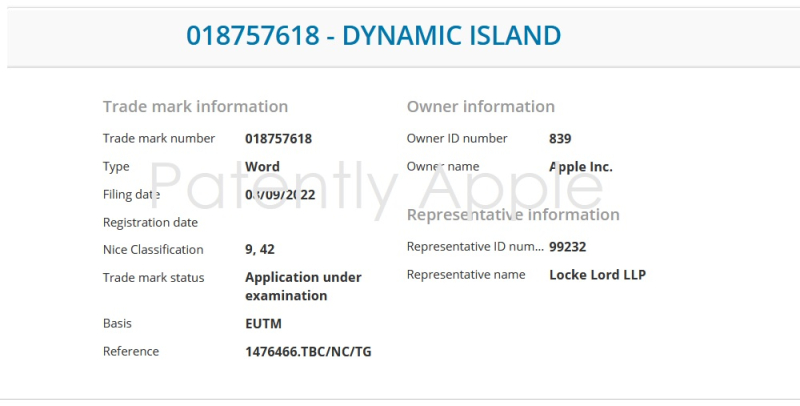 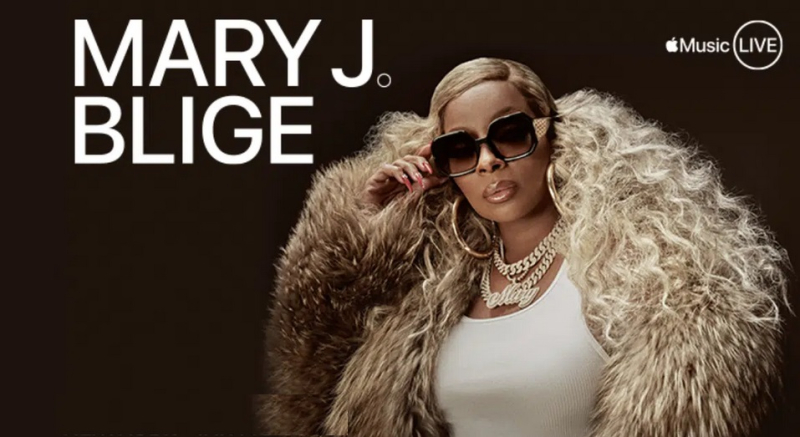 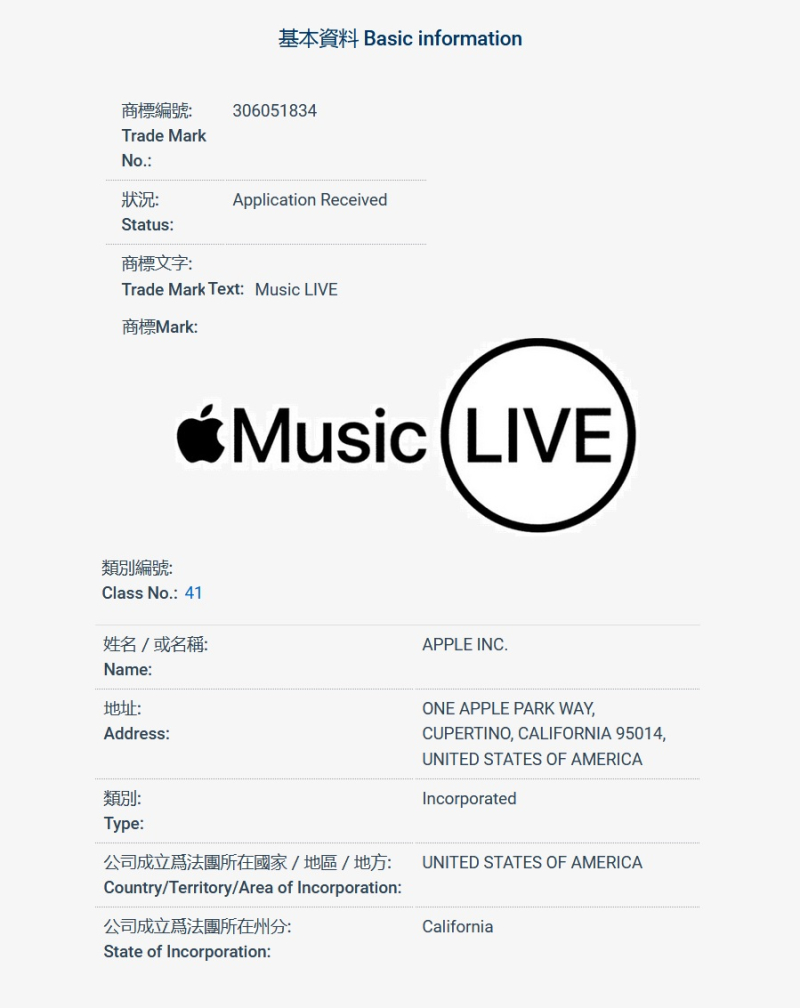 Apple Filed their Trademark under International Class 41 which covers:

Apple first secured the trademark in Jamaica in May 2022. Apple Music started live streaming concerts in May as part of a new series they branded as: Apple Music Live.

Other new trademarks are expected to follow shortly stemming from Apple's 'Far Out' product event.

For the record, it should be noted that international trademark classes that Apple files their trademarks under are important as the trademark registration will only protect those classes that have been identified in their original application. In a legal battle, the classes filed for originally could make or break a legal case.