Apple was Granted 22 Patents today covering AirPods Max, 3 Design Patents including one for an Apple Store Building and more 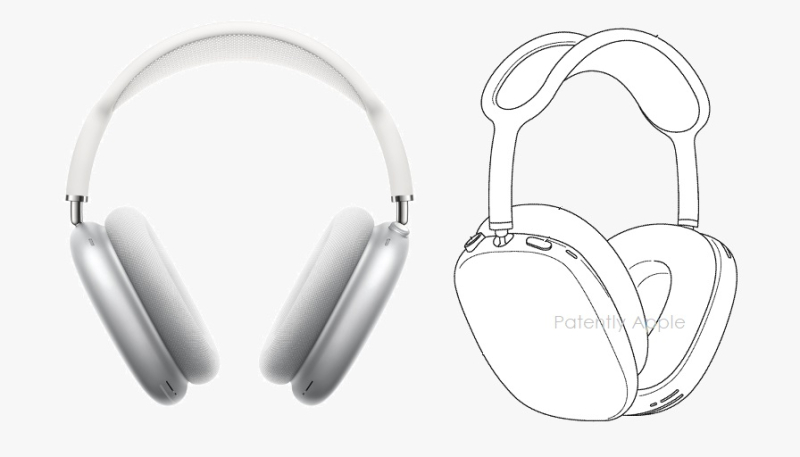 Today the U.S. Patent and Trademark Office officially published a series of 22 newly granted patents for Apple Inc. This is the lowest granted patent count in 2022 and likely the lowest in over a decade. Whether this is due to the COVID-19 period slowing down patent filings or simply a one-time fluke is unknown at this time. Today's report covers an AirPods Max patent filing, three design patents and as always, we wrap up this week's granted patent report with our traditional listing of the remaining granted patents that were issued to Apple today. 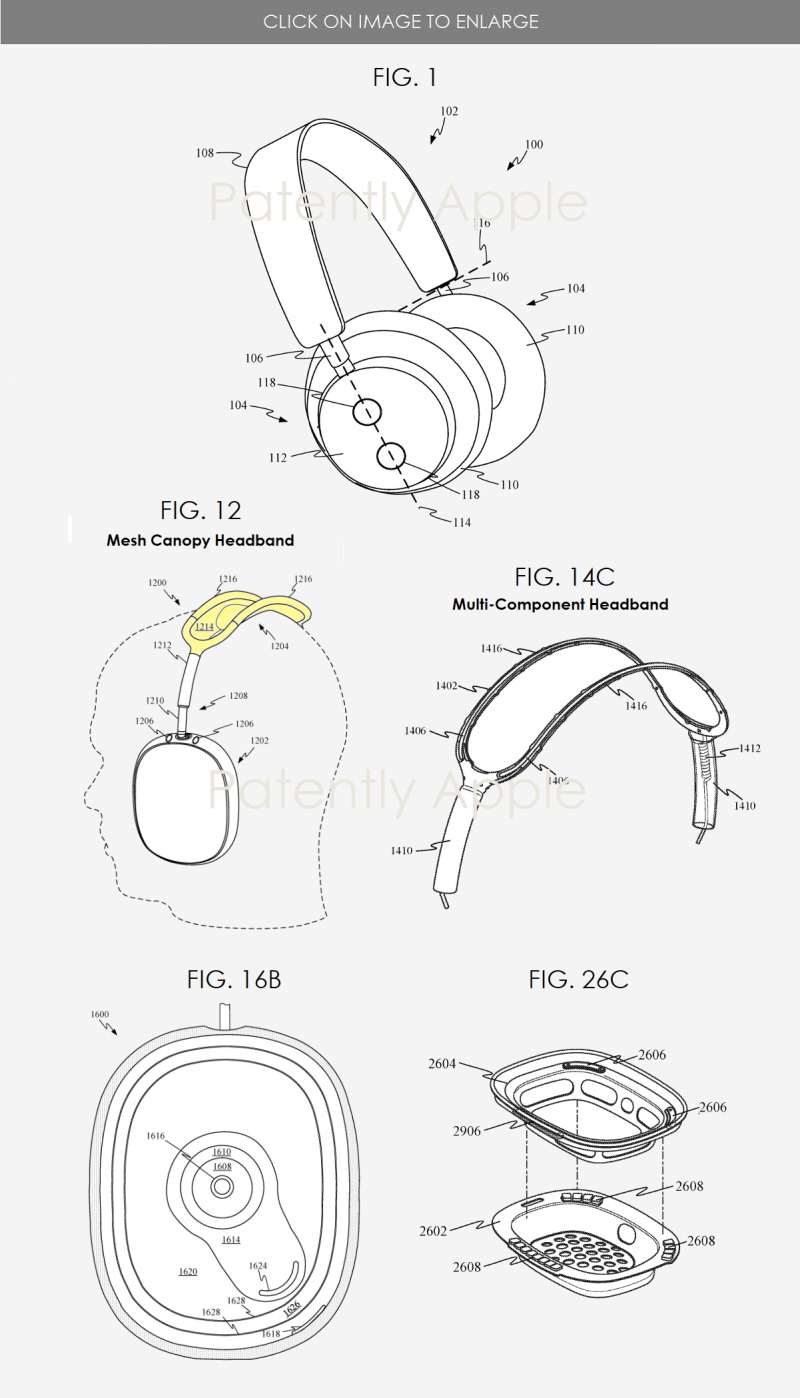 Apple's patent FIG. 16B above illustrates an exterior of earpiece #1600 with the housing removed to illustrate the shape and size of the interior volume associated with speaker assembly. As depicted, a central portion of earpiece includes permanent magnets #1608 and #1610. Speaker frame member #1620 includes a recessed region that defines interior volume #1614.

The acoustic configuration can include speaker assembly, which in turn can include a diaphragm and electrically conductive coil. The conductive coil can be configured to receive electrical current for generating a shifting magnetic field that interacts with a magnetic field emitted by permanent magnets #1608 and #1610. The interaction between the magnetic fields can cause the diaphragm to oscillate and generate audio waves that exit earpiece assembly, for example, through a perforated wall.

Apple was granted design patents today for their 2018 model of the iPad Pro, an Apple Store building that was used in Apple Store Zhongjie Joy City in 2015, and the App Clip logo. 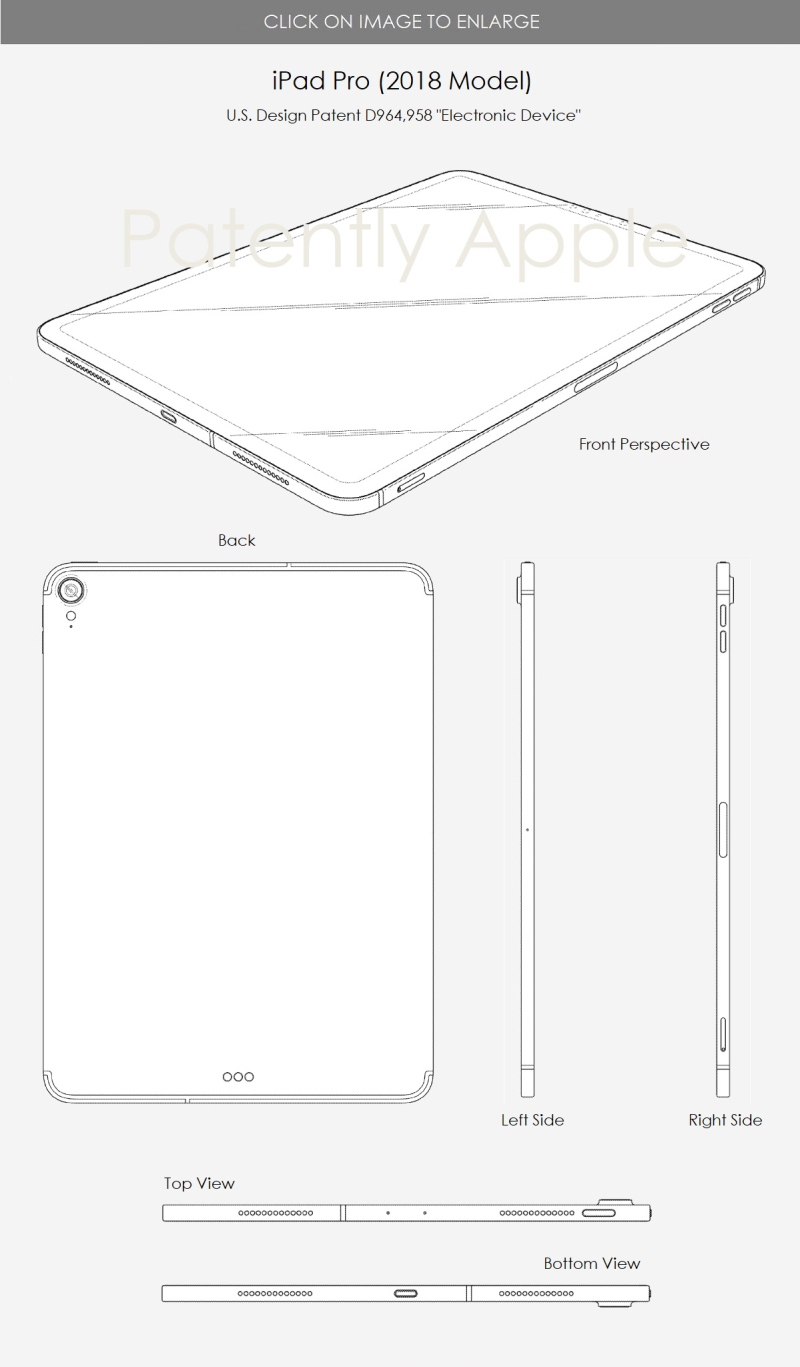 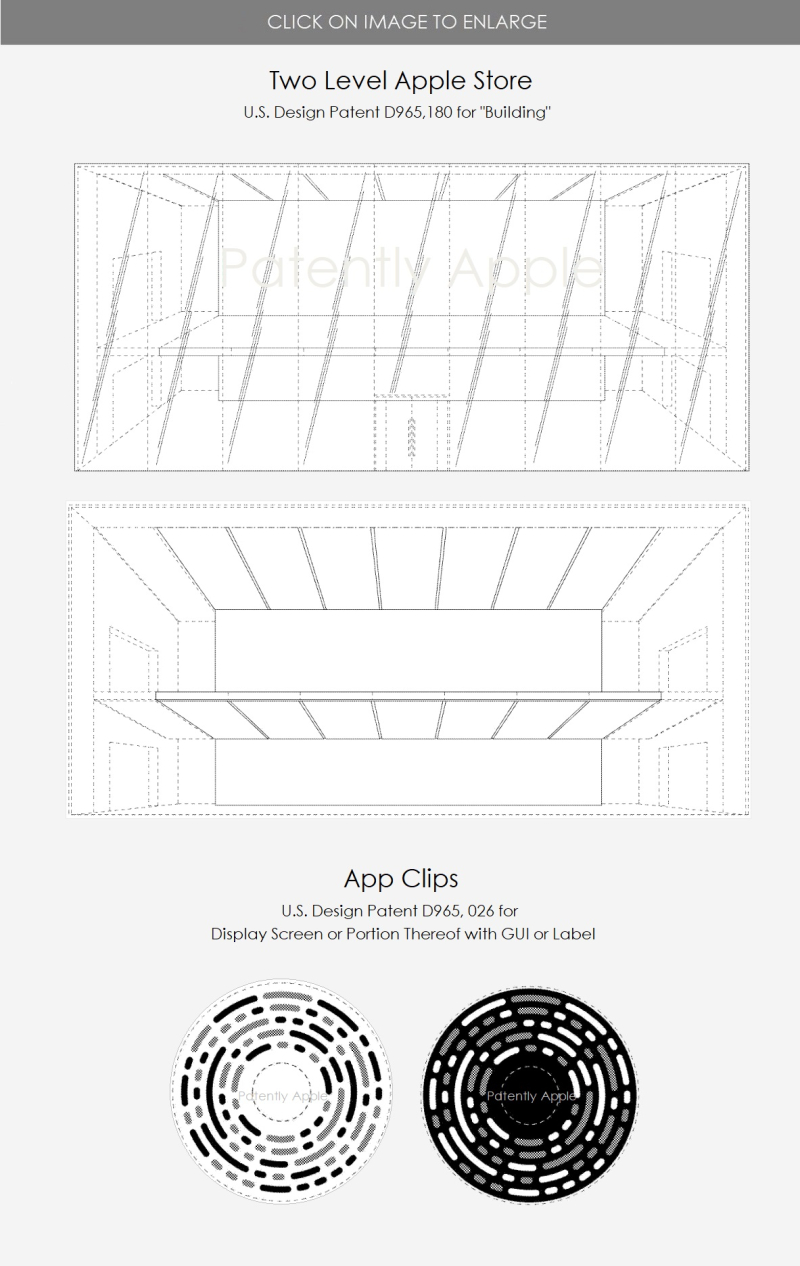 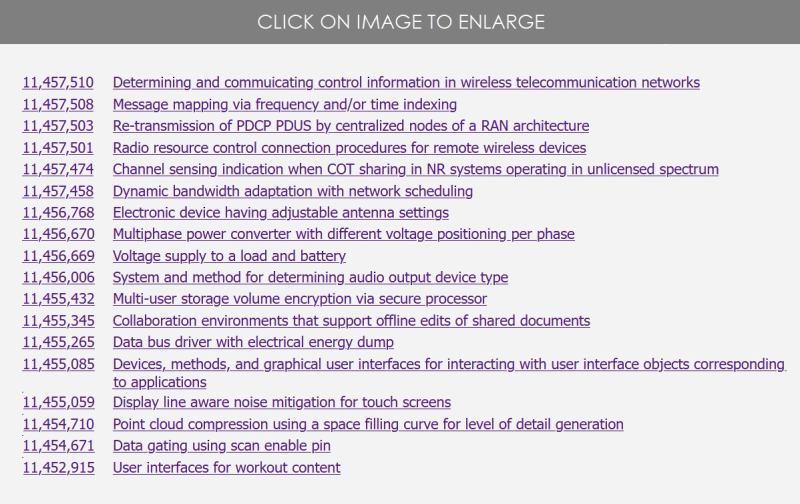