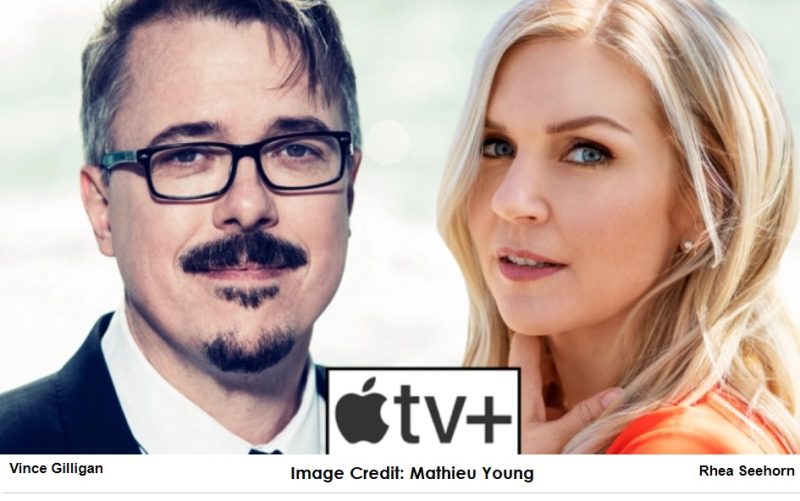 Now that the hit series titled 'Better Call Saul' is officially over, Apple TV + has landed one of the biggest TV projects to hit the marketplace in quite a while.  Apple TV+ has nabbed the new show from Breaking Bad creator and Better Call Saul co-creator Vince Gilligan, which has Better Call Saul star Rhea Seehorn attached to play the lead. The untitled project, described as a blended, grounded genre drama, has received a two-season straight-to-series order, according to Deadline.

As Deadline reported exclusively last month, there was a lot of anticipation for Gilligan’s pitch, with at least 8-9 networks and platforms lined up to hear it and read his script. There were multiple rounds of bidding for the project, which I hear was seeking a series order and a budget in the vicinity of $13.5M-$15M an episode — on the high end for a premium drama with significant genre elements but not in the jaw-dropping $20M+ an episode range for shows like LOTR: The Rings of Power, House of the Dragon or the now-shelved Demimonde.

Apple TV+, which showed great enthusiasm for the project and pursued it aggressively, had been considered a strong contender from the start because of toppers Zack Van Amburg and Jamie Erlicht’s longstanding relationship with Gilligan. As Sony Pictures Television Presidents, Van Amburg and Erlicht spearheaded and sold both Breaking Bad and Better Call Saul. At Apple TV+, Gilligan also will reunite with former SPT Studios co-President Chris Parnell, now a senior TV programming executive at the streamer. (Other outlets that I hear were in contention for the series included Amazon and Breaking Bad/Better Call Saul network AMC.)

for more on this, read the full report from Deadline.