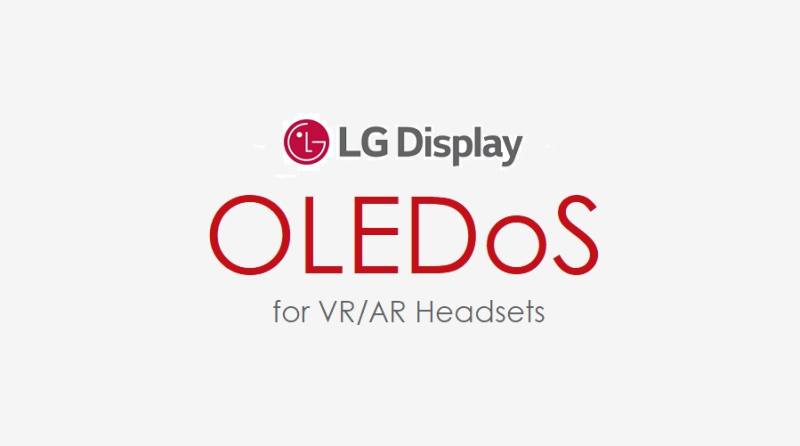 In August, Patently Apple posted two reports on the subject of Apple's future headset display technology known as OLEDoS and LEDoS (01 & 02). This past Friday, LG Display vice president Yang Joon-young said during his Metaverse Conference keynote held in Seoul, that technology around OLED has improved in recent years and this was leading the industry shift from liquid crystal on silicon (LCoS) to OLEDoS when it comes to micro-displays. This technology will be the main display used in future Metaverse devices.

A report by The Elec noted that "Micro-displays refer to displays that are around 1-inch in size that is used in augmented and virtual reality devices. These displays use silicon as the substrate instead of glass, which allows them to reach ultra-high definition despite the stronger screen size.

Yang told the conference that VR devices need to use high-resolution screens of at least 60pixels per degree to avoid the screen door effect, where the lines between the pixels are visible.

The technology needed for this is more sophisticated than 1000 to 2000pixels per inch used currently, the VP said.

Next generation VR devices will use OLEDoS with 3000pixels per inch or higher resolution as well as over 5000nit in brightness, Yang explained.

For AR, OLEDoS had an advantage in making the form factor small.

Lastly, The Elec report noted that "LG Display is currently developing an OLEDoS that uses white-OLED with a color filter."

Apple's first headset is rumored to be coming in 2023 that may possibly use one or more of their new trademarks that the company filed for through a shell company called "Health Solutions LLC."