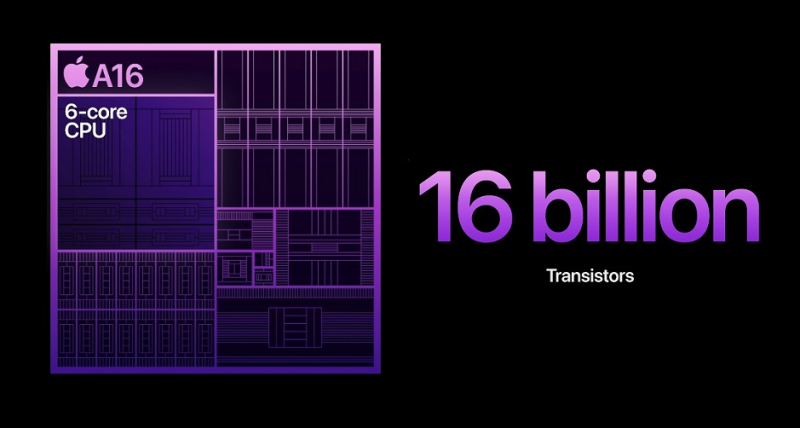 During Apple's "Far Out" Event on Wednesday they introduced an all-new Apple Watch category branded "Apple Watch Ultra," which brings a new bold design and a wide range of features built for endurance, exploration, and adventure. Apple Watch Ultra introduces a 49mm titanium case and flat sapphire front crystal that reveals the biggest and brightest Apple Watch display yet. A customizable Action button offers instant access to a wide range of useful features. Learn more about it here. 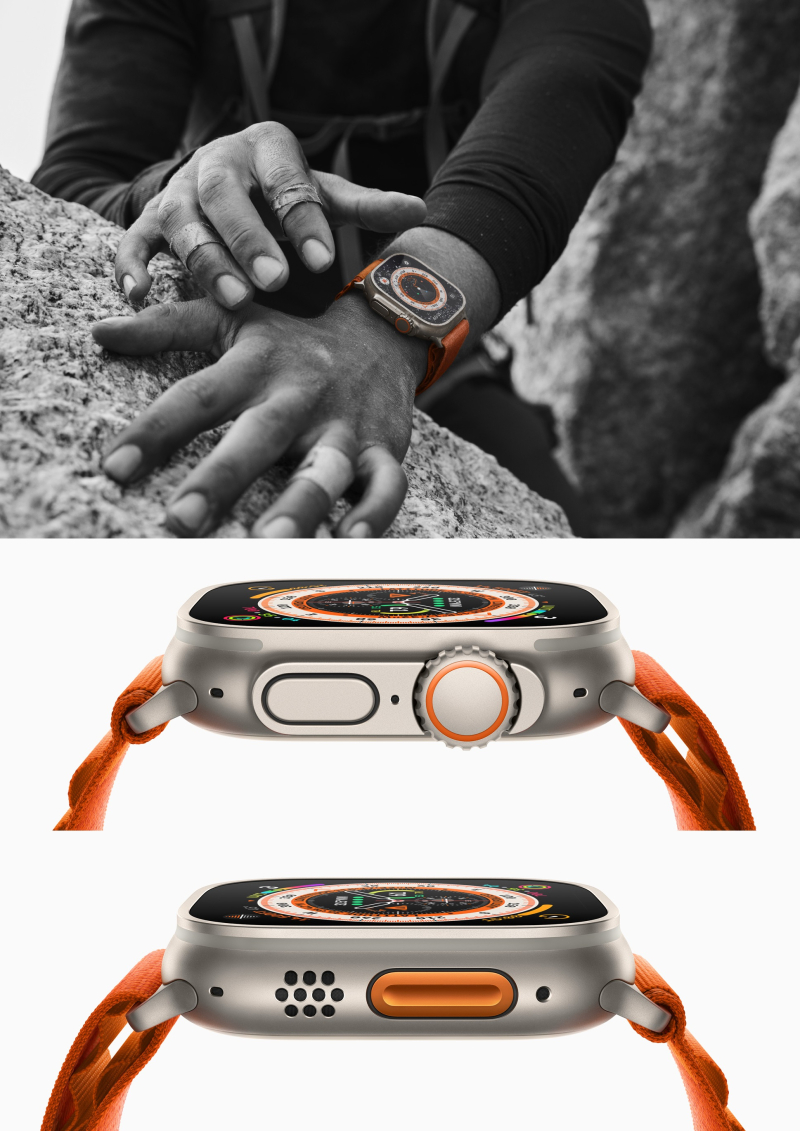 Apple filed for the "Apple Watch Ultra" trademark in Hong Kong yesterday under number 306056208 under International Classes 9 and 14. Apple noted that their (secret) priority filing was made in Liechtenstein in May 2022. 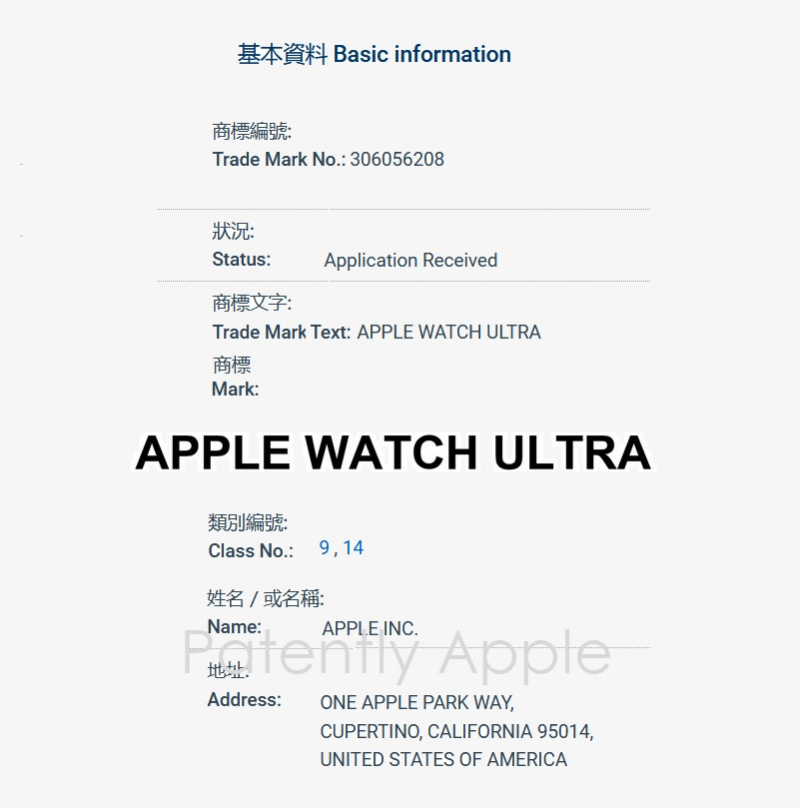 Trademark Filing for: A16 Bionic

During Apple's "Far Out" Event on Wednesday they also introduced their premium iPhone 14 Pro and Pro Max smartphones powered by their next-gen processor the A16 Bionic which is generations ahead of the competition.

The A16 Bionic unlocks unparalleled experiences like the Dynamic Island, powers all-day battery life,7 and delivers impressive computational photography capabilities. With two high-performance cores and four high-efficiency cores, the new 6-core CPU is up to 40 percent faster than the competition and easily handles demanding workloads. A16 Bionic features an accelerated 5-core GPU with 50 percent more memory bandwidth — perfect for graphics-intensive games and apps — and a new 16-core Neural Engine capable of nearly 17 trillion operations per second. Using Apple’s best-in-class fusion architecture to combine performance and energy savings, the chip delivers more performance with a fraction of the power compared to the competition. 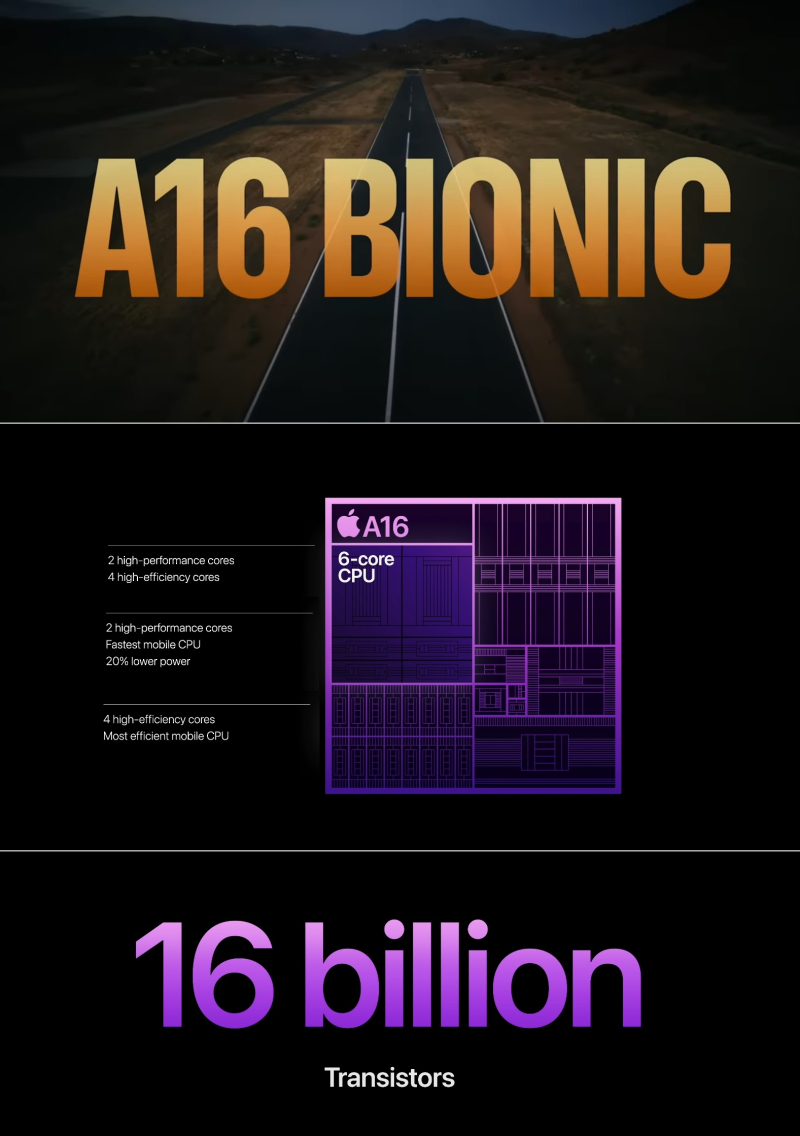 Apple filed for the "A16 Bionic" trademark in Hong Kong yesterday under number 306056046 under International Class 9. Apple noted that their (secret) priority filing was made in Liechtenstein in July 2022. 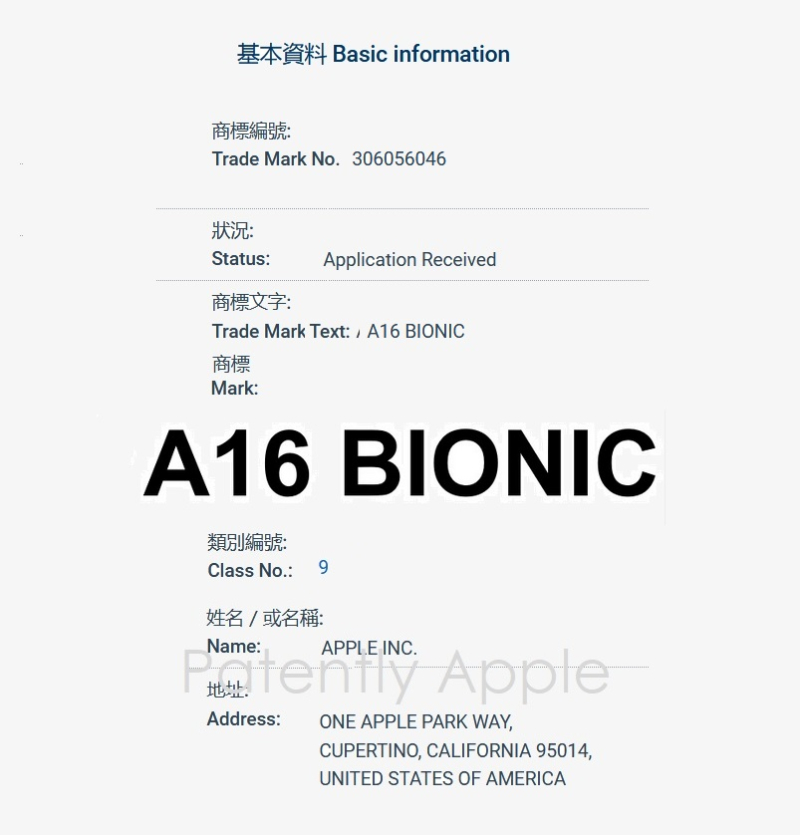