Home Archives Contact Us Subscribe Twitter MeWe Facebook Patently Mobile
U.S. Lawmakers Warn Apple about the use of Memory Chips from China's Yangtze Memory Technologies for the iPhone 14
Samsung and other Jealous 'Androiders' Strike out against Apple's new iPhone 14 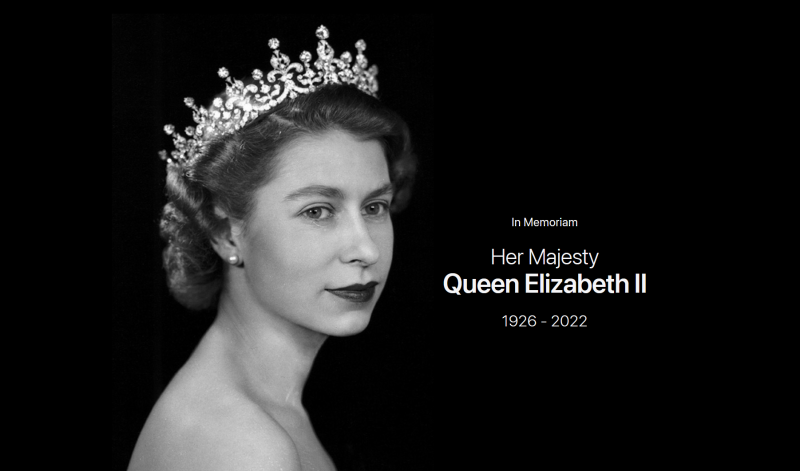 Report updated 6:47 a.m. PST  with a Tweet from the Royal Family

Apple's Homepage honors the late Queen Elizabeth II. Apple's CEO Tweeted: "There is nothing more noble than to devote your life to the service of others. We stand with the people of the UK and Commonwealth in honoring the life and dedication to duty of her Majesty Queen Elizabeth II. May she rest in peace."

The BBC reports that "Queen Elizabeth II, the UK's longest-serving monarch, has died at Balmoral aged 96, after reigning for 70 years.

She died peacefully on Thursday afternoon at her Scottish estate, where she had spent much of the summer.

The Queen came to the throne in 1952 and witnessed enormous social change.

Her son King Charles III said the death of his beloved mother was a "moment of great sadness" for him and his family and that her loss would be "deeply felt" around the world.

The Queen died peacefully at Balmoral this afternoon.

The King and The Queen Consort will remain at Balmoral this evening and will return to London tomorrow. pic.twitter.com/VfxpXro22W 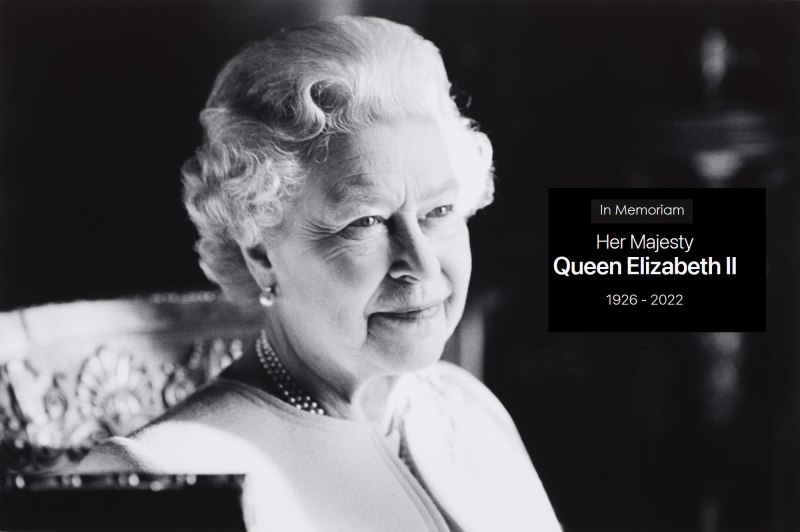