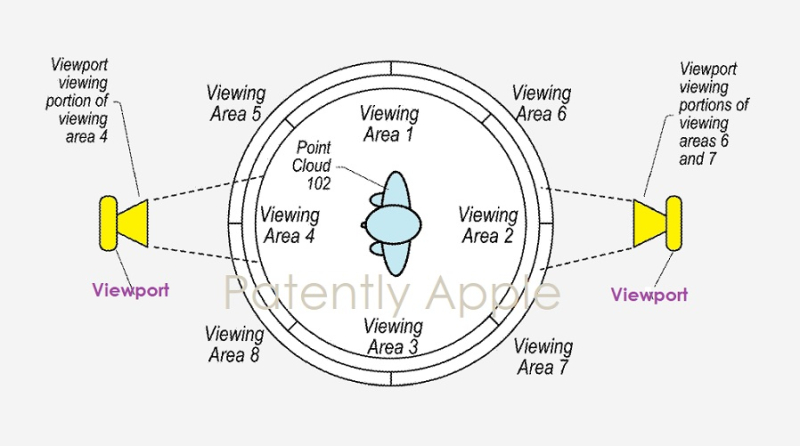 Last month the US Patent & Trademark Office published a patent application from Apple that relates to compression and decompression of three-dimensional volumetric content, such as point clouds, immersive video, etc. and generating metadata that enables viewport adaptive streaming and/or rendering of portions of the three-dimensional volumetric content. Apple's patent will be more appreciated by VR developers and engineers.

Below is a introductory video about the ABC's of a point cloud.

Apple's patent notes that as data acquisition and display technologies have become more advanced, the ability to capture three-dimensional volumetric representations, such as point clouds, immersive video content, etc. comprising thousands or millions of points in 3-D space has increased.

Also, the development of advanced display technologies, such as virtual reality or augmented reality systems, has increased potential uses for volumetric representations, such as point clouds, immersive video, etc.

However, volumetric content files are often very large and may be costly and time-consuming to store and transmit. For example, communication of volumetric point cloud or immersive video content over private or public networks, such as the Internet, may require considerable amounts of time and/or network resources, such that some uses of volumetric data, such as real-time uses, may be limited.

In some embodiments, an encoder may be used to generate a compressed version of three-dimensional volumetric representations to reduce costs and time associated with storing and transmitting large volumetric point cloud or immersive video content files.

In some embodiments, such compression may enable three-dimensional volumetric information to be communicated over a network in real-time or in near real-time.

In Respect to a Future Apple Headset: For example, a 3-D display, a holographic display, or a head-mounted display may be manipulated in real-time or near real-time to show different portions of a virtual world represented by volumetric point cloud or immersive video content.

In order to update the 3-D display, the holographic display, or the head-mounted display, a system associated with the decoder may request data from the remote server based on user manipulations of the displays, and the data may be transmitted from the remote server to the decoder in form of viewing areas and decoded by the decoder in real-time or near real-time. The displays may then be updated with updated data responsive to the user manipulations, such as updated views within a given viewing area, or another viewing area may be requested and transmitted to the decoder.

In some embodiments, a system includes one or more LIDAR systems, 3-D cameras, 3-D scanners, etc., and such sensor devices that capture spatial information, such as X, Y, and Z coordinates for points in a view of the sensor devices. 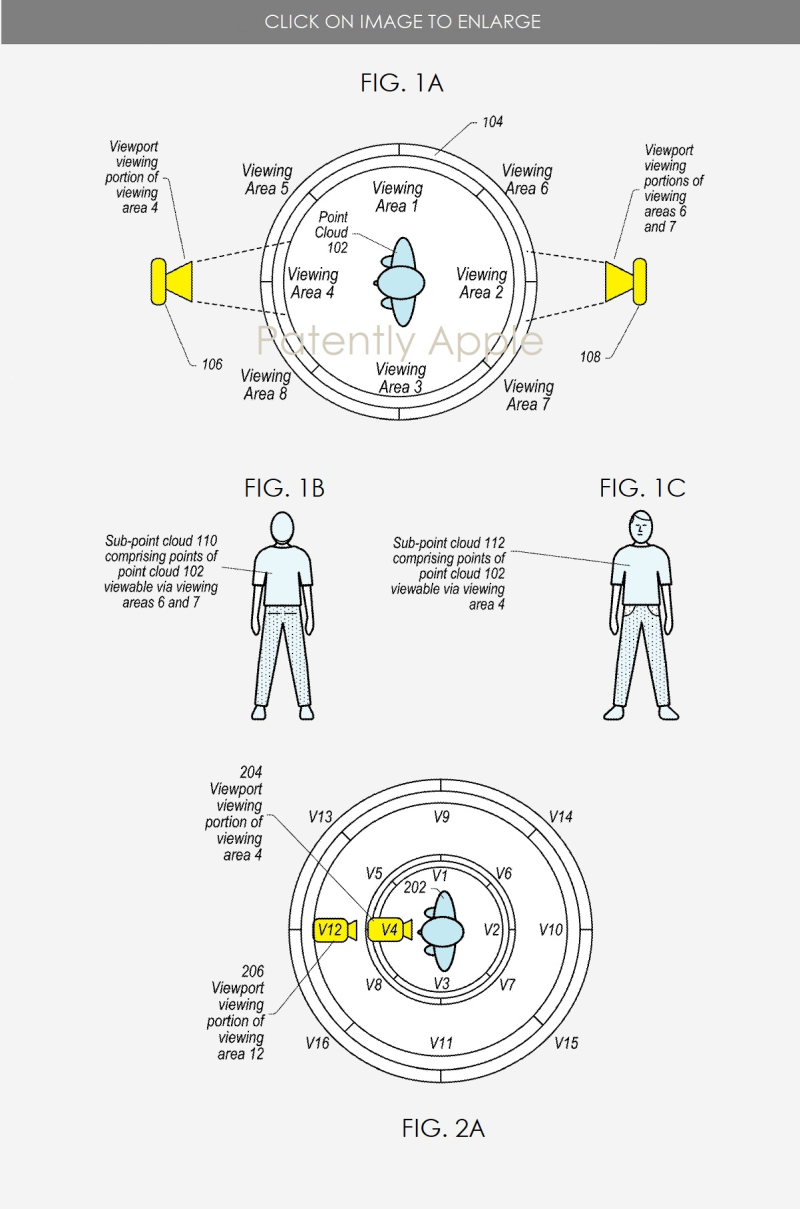 Apple's granted patent 11,418,769 that was published by the U.S. Patent Office in mid-August was the first time that this invention was made public. It was never published as a patent application. To review Apple's rich patent details along with many more patent figures, click here.