Home Archives Contact Us Subscribe Twitter Facebook Patently Mobile
Apple reveals a Mixed Reality Headset feature that allows a user to visualize 'Non-Visible Phenomena' like gases, Ultrasonic Fences+
A Key CarPlay Instrument Cluster patent provides us with a Deep Dive into how it will be customized for Drivers & more 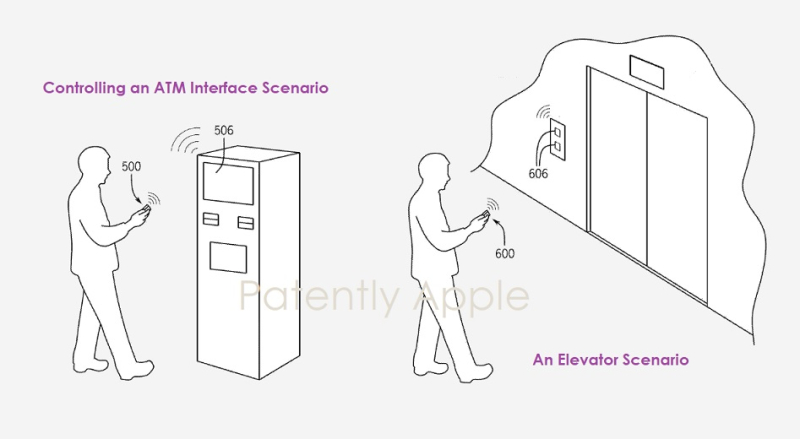 During the peak of the COVID-19 pandemic, we were all paranoid of touching door handles in city or apartment buildings, an elevator button, operating an ATM, pushing a button at a pedestrian crosswalk, pressing buttons on a vending machine all in fear of coming into contact with COVID or other harmful pathogens. Today the US Patent & Trademark Office published a patent application from Apple that reveals their work on a system that could adopt the interactive interfaces of devices like an elevator or door keypad via a new sensor system so as to operate devices virtually by pressing virtual buttons. For Apple, it's just another health-related invention to go along with others that they've delivered thus far such as an ECG reader, a Blood Oxygen reader, a Heart Health Notification system and more.

Example analog input components could include one or more physical and tactile input mechanisms such as buttons, switches, toggles, levers, or knobs.

Example digital input components could include touch-screens and other digital user interfaces. The first signal could include information relating to at least one of a size, an appearance, or a position of an input element of a user interface to be depicted by the portable electronic device.

The identification information could include at least one of information related to a type of the operable device or a location of the operable device. The communication module can include at least one of an Ultra-Wideband (UWB) module, a Bluetooth module, a Wi-Fi module, or a Near-Field Communication (NFC) module. The communication module can continuously transmits the first signal in some examples. The portable electronic device can include a smart watch, a smart phone, or a tablet computing device.

Below are Apple patent figures illustrating how a future iPhone will be able to control things like a city crosswalk by allowing a user to push the crosswalk device's button virtually on their iPhone or operate an ATM machine and virtually push the button to call-up an elevator. 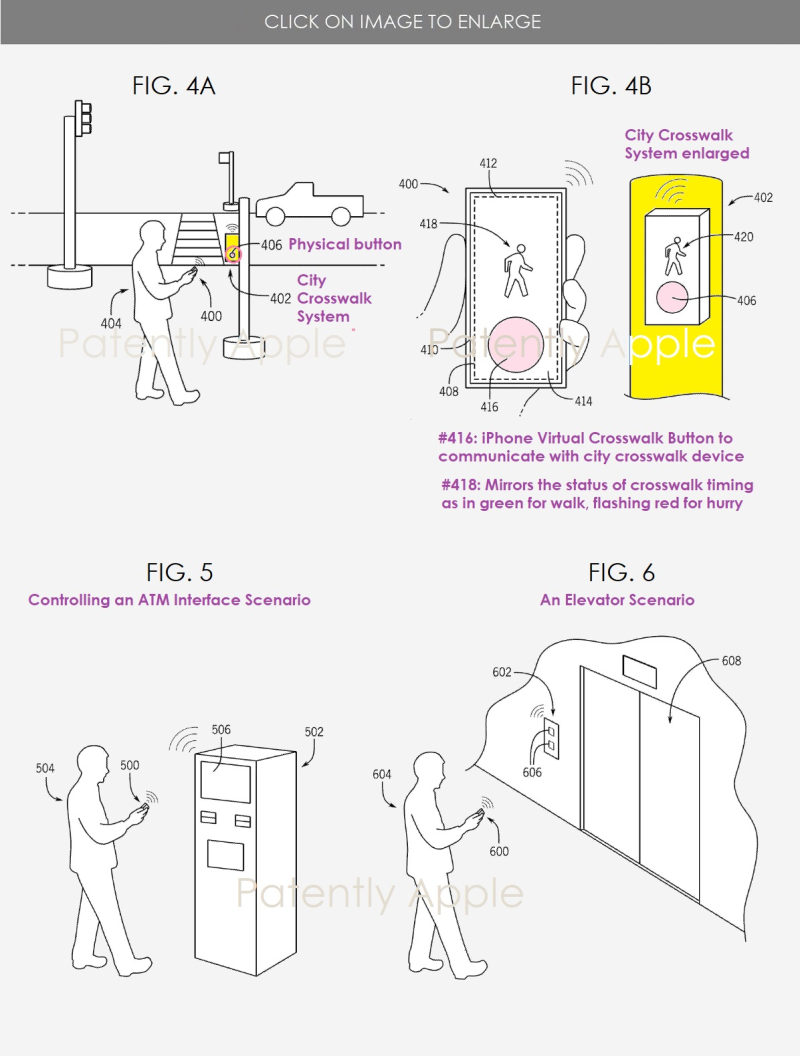 Below are more examples where a future iPhone till take on the interface of an office door security system or allow a nurse or doctor control medical devices without touching the physical controls of a device. 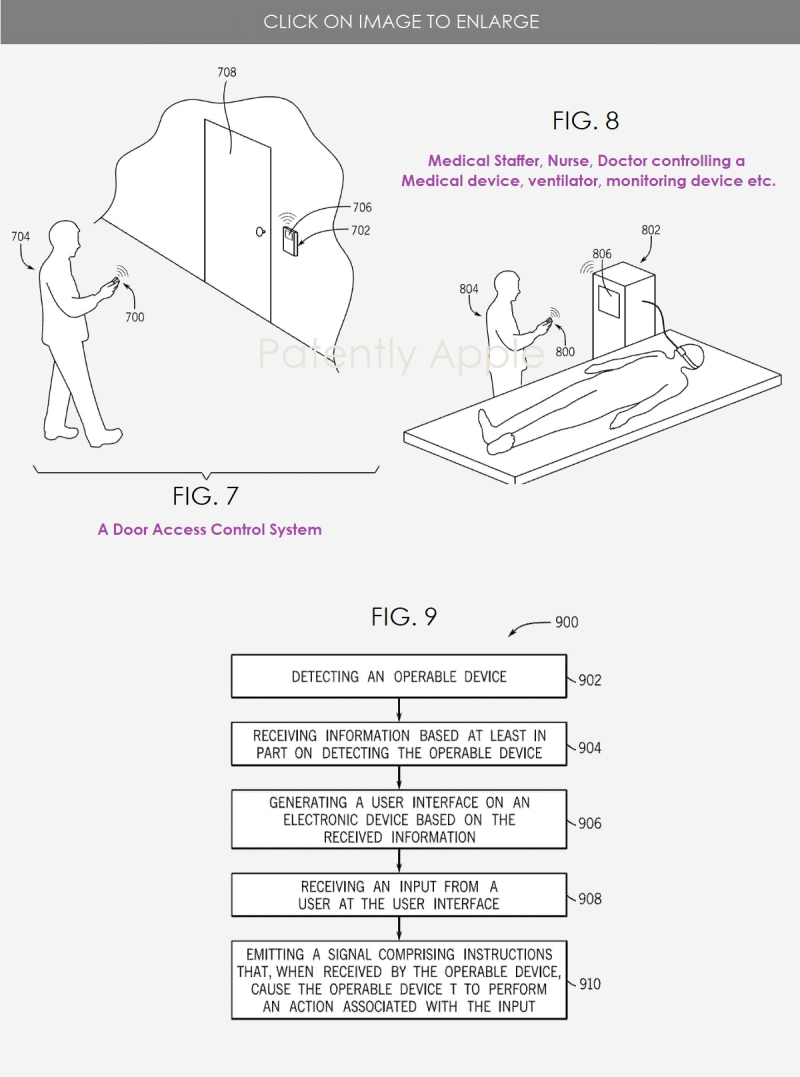 I was unable to find LinkedIn profiles for Durrell Bishop and Emma Clark from Great Briton.