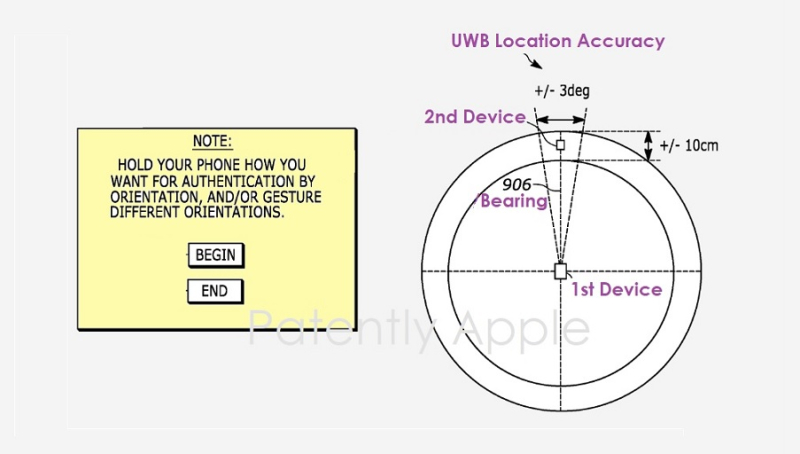 Today the US Patent & Trademark Office published a patent application from Apple that relates to techniques for secure ultra-wideband (UWB) location tracking to perform a voice input operation. In the future, a user's iPhone may have to be in a particular orientation that's aimed at a first device, such as a HomePod, before the instruction to Siri can be executed to operate an in-home smart device, order a tune or movie and so forth.

Apple notes in their patent filing that securely authenticating users to use electronic devices is important to prevent unauthorized individuals from easily hacking the devices, gaining access to sensitive electronic data, etc.

Among other things, the detailed description in Apple's patent filing discusses enabling voice-controlled devices to require a UWB positional or orientation element to verify a voice authentication request. In this way, precise location capabilities of UWB technology can be used so that only voice data that matches the expected voiceprint and that also meets a defined positional or orientation factor may be eligible for authentication.

As an example, a user might want to change settings of a smart thermostat, but the thermostat may require a verified UWB signal from a personal device of the user to be present to execute the thermostat adjustment, as illustrated in patent FIG. 3 below. 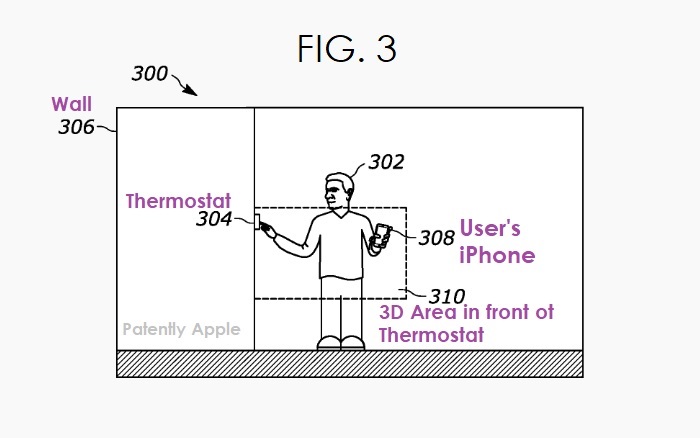 As another example, suppose a user issues a voice command to a voice assistant. The voice assistant may be set to require an accompanying UWB signal from the user's personal device to be detected before executing the command. In particular, the voice assistant device may detect that the expected UWB signal is coming from the same location as it detected the voice as coming from. The command to perform the action, such as subscribing to an unlimited music service, may then be approved. Also, according to this example, in some embodiments the personal device may be required to be held in a specific orientation (e.g., vertical) for authorization of the voice command.

Apple's patent FIG. 4 below is an example illustration of an end-user with a smartphone controlling a digital assistant device while the digital assistant device tracks the smartphone using UWB consistent with present principles. Apple further notes that the end-user's device could also be a Mixed Reality Headset, smartglasses, an Apple Watch, iPad, MacBook and IoT devices. 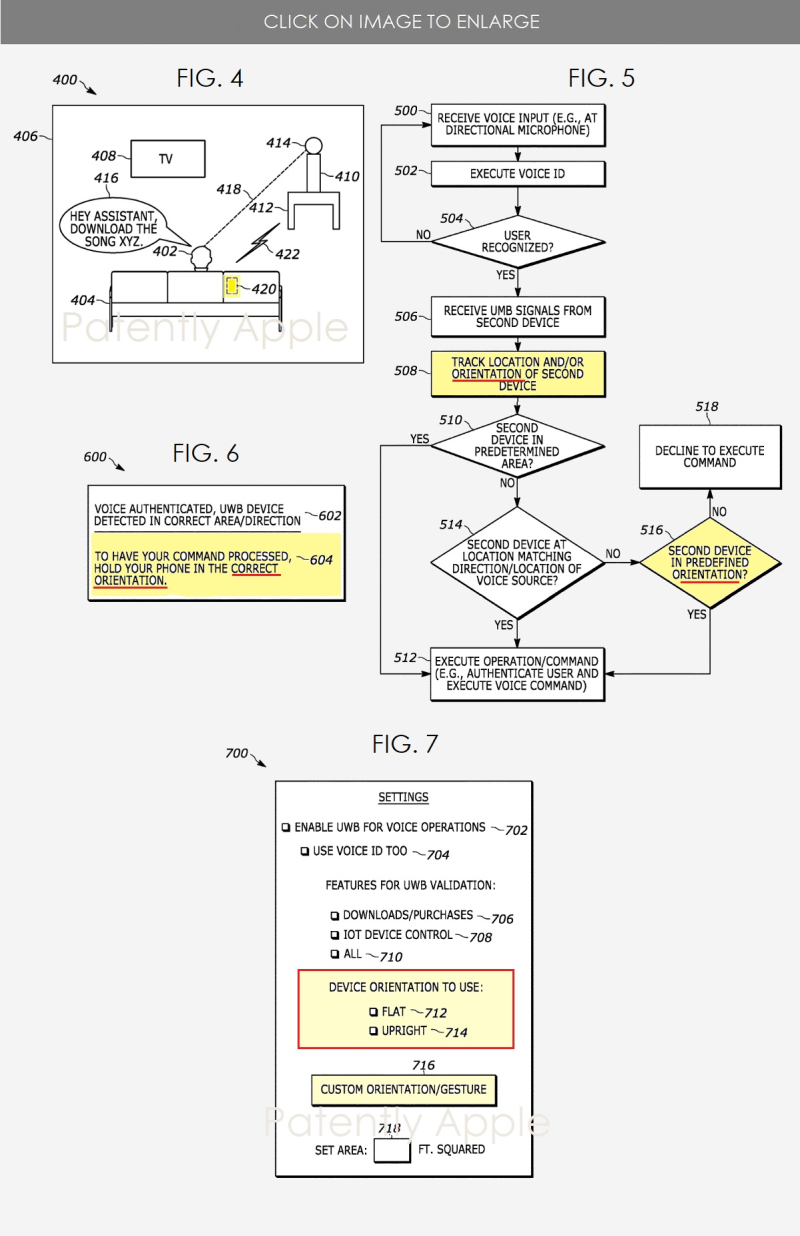 Apple's patent FIG. 6 above illustrates an example graphical user interface (GUI) that may be presented in the device's settings based on UWB location tracking consistent with present principles; FIG. 7 shows an example GUI that may be presented on a display to configure one or more settings of a device to operate consistent with present principles.

Apple's patent FIG. 8 below illustrates an example GUI that may be presented on a display to prompt a user to establish an orientation of his/her device to use for UWB location tracking and execution of voice commands consistent with present principles. 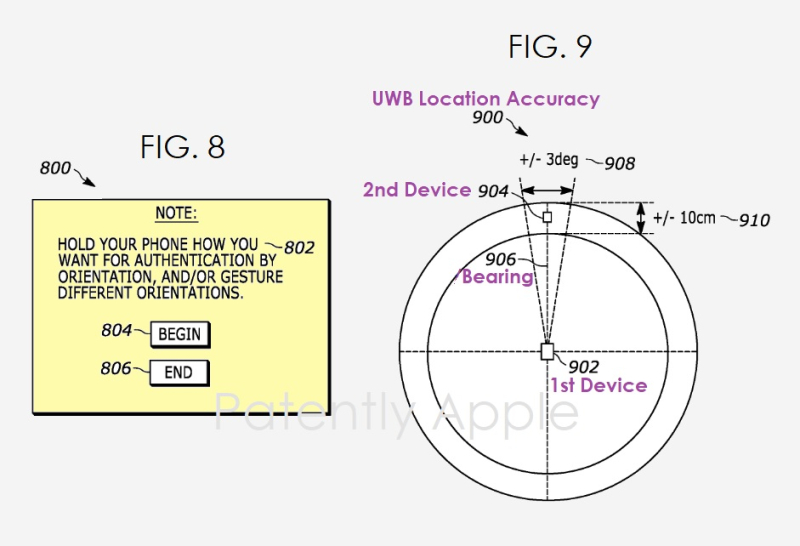 Posted by Jack Purcher on September 22, 2022 at 07:49 AM in 1A. Patent Applications, Wireless technologies, Satellite | Permalink | Comments (0)