Home Archives Contact Us Subscribe Twitter MeWe Facebook Patently Mobile
Apple has Won a Patent for a next-gen iPad Keyboard Accessory that may provide a Mechanical or Virtual Keyboard
Prior to Apple's iPhone 14 Launch tomorrow, the Brazilian Government orders to Stop selling iPhones without a Charger 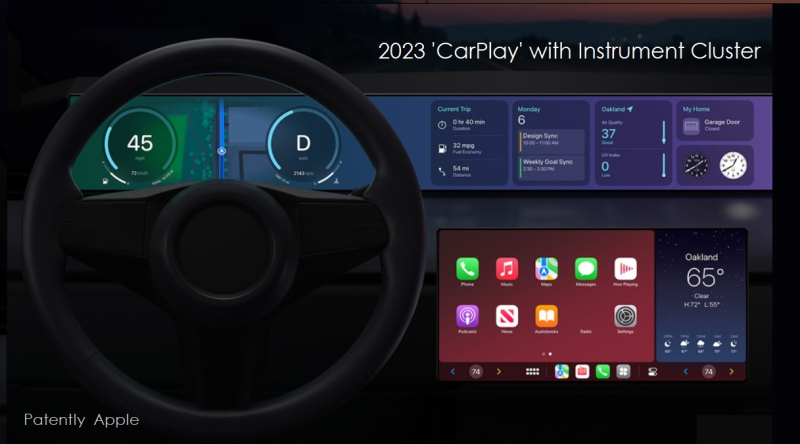 On June 6, Patently Apple posted a report titled "Apple presented a Sneak Peek of CarPlay 2023 that will usher in an all-new In-Vehicle Experience that includes Customizing Instrument Clusters." The report note that the next generation of CarPlay will provide content for all of the drivers screens including the instrument cluster, ensuring a cohesive design experience that is the very best of your car and iPhone. Vehicle functions like radio and temperature controls are handled right from CarPlay. And, Personalization options ranging from widgets to selecting curated gauge cluster designs make it unique to the driver.

Today the U.S. Patent and Trademark Office officially granted Apple one of the patents behind this next-generation of CarPlay. In today's patent, it's very helpful to image what Apple is attempting to convey because of who the June Keynote elaborately presented what this next-gen CarPlay interface could look like. Patent figures alone could not have provided the dramatic visuals of what we could expect in 2023. Apple's patent figures as illustrated below aren't design patents and only convey the very basics of the concept so as to keep competitors in the dark.

Apple's states that their patent covers a system that may include electronic equipment such as a thermostat or other equipment in a vehicle or home, vehicle navigation equipment or other vehicle equipment.

Apple's patent FIG. 1 below is a perspective view of an illustrative system in which an electronic device is being used to serve as a user control interface for electronic equipment that may form part of a vehicle dashboard or other equipment in a vehicle. 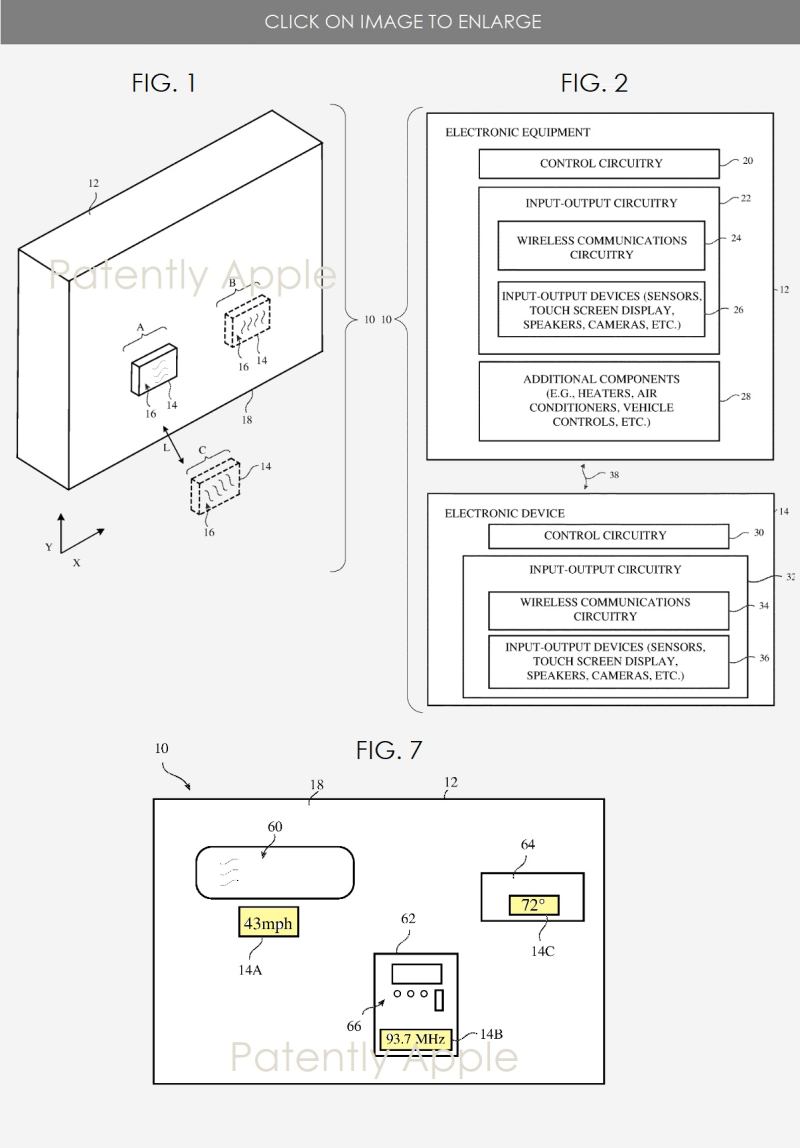 Apple's patent FIG. 7 above is a diagram of a vehicle interior showing how an electronic device can serve as a position-dependent and context-dependent user interface for electronic equipment in a vehicle.

The processing circuitry in control circuitry #20 and #30 (FIG. 2) may be used to control the operation of equipment (vehicle dashboard #12, FIG. 1) and devices such as device 14 in system 10. For example, in scenarios in which equipment  is a vehicle, control circuitry 20 may be used to control vehicle controls (steering, brakes, propulsion, etc.) and other components in the vehicle. Further into the patent, Apple notes that vehicle controls in the dashboard could also include lighting, sound systems, navigation systems, media display systems (e.g., displays, audio equipment, etc.), and/or may include other components.

As with most Apple patents, the engineers make it clear that while a patent-pending invention may focus on a key device to explain its functionality, the invention has the ability to apply to a larger range of applications.

In today's case, the main thrust of the patent is about Apple's next-gen CarPlay dashboard clusters. Yet the patent extends the concept to other devices like a television so as to allow a user to access vary in-home smart devices. It may also apply to a future Mac interface as noted below in patent FIG. 12. 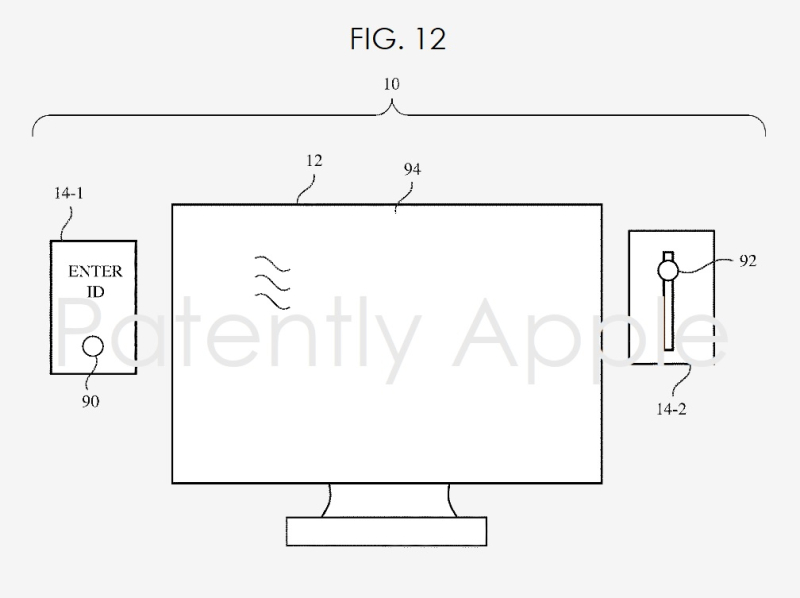 It appears by the looks of patent FIG. 12 that a future Mac may include a touch screen for Touch ID, slider controls for in-home lighting, speaker controls and more. While the foundation of the patent is based on touch sensitive displays –when it comes to Macs, Apple's executives have always rejected touch screens for Macs even though Microsoft and other industry players have adopted touch screens for notebooks and some desktops.