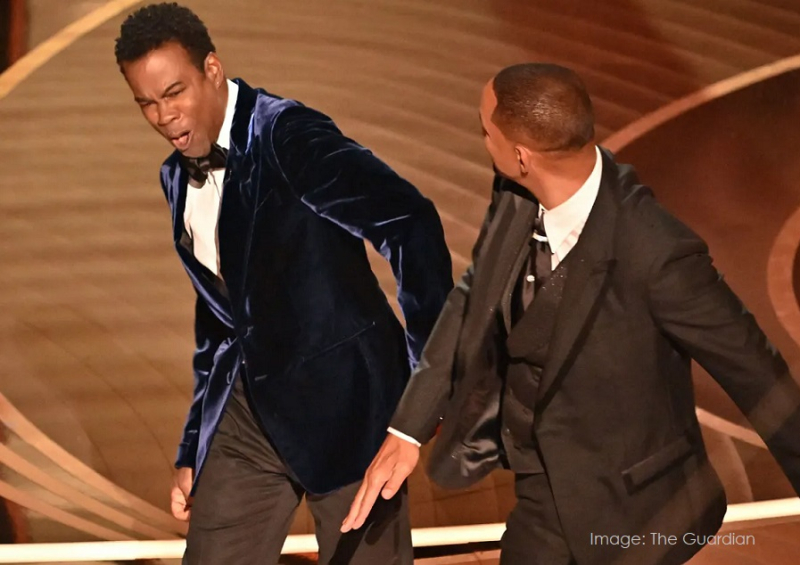 In July 2020, Patently Apple posted a report titled "Apple won Bidding War for 'Emancipation' at more than $105 Million, Filming to begin in Early 2021." In April 2021 Will Smith played politics by moving production out of Georgia over a new and reasonable law requiring voter ID. Smith's politics went down the drain when he slapped Chris Rock at this year's Oscars.

For that slap, Smith has been banned by the Academy of Motion Picture Arts and Sciences for a decade. That has put Apple Studios in a very tough position due to the fact that the film Emancipation has been rapped-up and ready for release this year. But will Apple actually release it this year?

The New York Times reports that "Apple now finds itself left with a $120 million unreleased awards-style movie featuring a star that is no longer welcome at the biggest award show of them all, and a big question: Can the film, even if it succeeds artistically, overcome the baggage that now accompanies Mr. Smith?

The sensitivity of the situation is apparent. There is no easy answer. Should the company postpone a film based on an important historical subject because its leading man is too toxic? Or does Apple release the movie and watch the outcome unfold?

Audiences could be turned off by Mr. Smith’s presence, perhaps taking some gloss off the well-polished Apple brand. Or they could respond positively to the film, prompting an Oscar campaign, which could then upset members of the academy."

As a new streaming service, angering the academy could be very bad for business. On the other hand, if they offend the black community, they could face a backlash there. Yet, more than likely, Apple's Lisa Jackson, VP Environment, Policy and Social Initiatives will push for Apple to release the film either in 2022 or 2023.

To support that position, the NY Times report stated that "To some, the film may be too good to keep quiet. Apple set up a general audience test screening of “Emancipation” in Chicago earlier this year, according to three people with knowledge of the event who spoke on condition of anonymity because they were not permitted to discuss it publicly. They said it generated an overwhelmingly positive reaction, specifically for Mr. Smith’s performance, which one of the people called “volcanic.” Audience members, during the after-screening feedback, said they were not turned off by Mr. Smith’s recent public behavior."

For the report, Stephen Galloway, the dean of Chapman University’s Dodge College of Film and Media Arts and the former executive editor of The Hollywood Reporter told the NY Time that “Hollywood likes a win-win situation. This one is a lose-lose situation.”

Apple has faced controversy before with the film, "The Banker."  In January 2020, Patently Apple posted a report titled "The two ex-wives of the late Bernard Garrett are Imploring Apple to change course and permanently shelve their Film "The Banker." They raised allegations of sexual abuse involving her family. Yet the film was ultimately released in March 2020.'

For more on this, read the full report by the New York Times.

Considering that Apple spent $120 million for the film, I'd be surprised if Apple will decide to shelve the film beyond 2022. A release this year would be Apple slapping the Academy in the face and I can't see that happening.

What are your thoughts on this? Send in your comments below or on our Twitter feed.