Home Archives Contact Us Subscribe Twitter Facebook Patently Mobile
A Key CarPlay Instrument Cluster patent provides us with a Deep Dive into how it will be customized for Drivers & more
Canalys Posts a Report covering Q2 2022 U.S. PC & Tablet Shipments with Apple Still Leading with iPad

Adobe has entered into a Definitive Merger Agreement to Acquire Figma, a leading web-first collaborative design platform, for $20 Billion 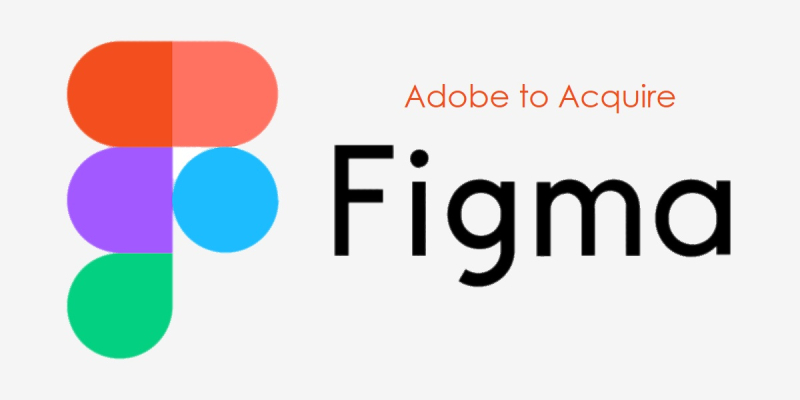 In late August CNBC posted a deep report about Figma. More importantly the report noted that tens of thousands of designers, developers, data scientists and marketers at Microsoft were using Figma’s cloud-based design software. Figma competes with Adobe’s XD program and is causing tension in a longstanding relationship between the software company and Microsoft. But that's about to change if all goes well.

Today, Adobe has announced that it has entered into a definitive merger agreement to acquire Figma, a leading web-first collaborative design platform, for approximately $20 billion in cash and stock. The combination of Adobe and Figma will usher in a new era of collaborative creativity.

Adobe’s mission is to change the world through digital experiences. Today, the digital economy runs on Adobe’s tools and platforms, and throughout its history, the company’s innovations have touched billions of lives across the globe. From revolutionizing imaging and creative expression with Photoshop; to pioneering electronic documents through PDF; to creating the digital marketing category with Adobe Experience Cloud, Adobe continues to invent and transform categories.

Figma’s mission is to help teams collaborate visually and make design accessible to all. Founded by Dylan Field and Evan Wallace in 2012, the company pioneered product design on the web. Today, it is making it possible for everyone who designs interactive mobile and web applications to collaborate through multi-player workflows, sophisticated design systems and a rich, extensible developer ecosystem. Figma has attracted a new generation of millions of designers and developers and a loyal student following.

Together, Adobe and Figma will reimagine the future of creativity and productivity, accelerate creativity on the web, advance product design and inspire global communities of creators, designers and developers. The combined company will have a massive, fast-growing market opportunity and capabilities to drive significant value for customers, shareholders and the industry.

Shantanu Narayen, chairman and CEO, Adobe: "Adobe’s greatness has been rooted in our ability to create new categories and deliver cutting-edge technologies through organic innovation and inorganic acquisitions. The combination of Adobe and Figma is transformational and will accelerate our vision for collaborative creativity."

Reimagining the Future of Creativity and Productivity

Adobe and Figma share a passion for helping individuals and teams be more creative and productive. With Adobe’s and Figma’s expansive product portfolio, the combined company will have a rare opportunity to power the future of work by bringing together capabilities for brainstorming, sharing, creativity and collaboration and delivering these innovations to hundreds of millions of customers.

Accelerating Creativity on the Web

Creators are currently challenged with making an ever-rising volume of content in close collaboration with an increasing number of stakeholders. The web has become a ubiquitous platform that is making it easier for teams to create together.

Digital applications are at the center of our personal and professional lives, creating explosive growth in the product design category. Adobe and Figma will benefit all stakeholders in the product design process, from designers to product managers to developers, by bringing powerful capabilities from Adobe’s imaging, photography, illustration, video, 3D and font technology into the Figma platform.

Inspiring and Empowering the Designer and Developer Community

Adobe’s vibrant creative community has been a driving force in inspiring the company’s continuous innovation. Figma has a passionate community who develop and share everything from tutorials to templates to plug-ins with their large and growing ecosystem. The combination of Adobe’s and Figma’s communities will bring designers and developers closer together to unlock the future of collaborative design.

David Wadhwani, president of Adobe’s Digital Media business: "Figma has built a phenomenal product design platform on the web. We look forward to partnering with their incredible team and vibrant community to accelerate our joint mission to reimagine the future of creativity and productivity."

Dylan Field, co-founder and CEO, Figma: "With Adobe's amazing innovation and expertise, especially in 3D, video, vector, imaging and fonts, we can further reimagine end-to-end product design in the browser, while building new tools and spaces to empower customers to design products faster and more easily."

Figma has a total addressable market of $16.5 billion by 2025. The company is expected to add approximately $200 million in net new ARR this year, surpassing $400 million in total ARR exiting 2022, with best-in-class net dollar retention of greater than 150 percent. With gross margins of approximately 90 percent and positive operating cash flows, Figma has built an efficient, high-growth business.

Under the definitive agreement, Adobe has agreed to acquire Figma for approximately $20 billion, comprised of approximately half cash and half stock, subject to customary adjustments. Approximately 6 million additional restricted stock units will be granted to Figma’s CEO and employees that will vest over four years subsequent to closing. Adobe expects the cash consideration to be financed through cash on hand and, if necessary, a term loan. The transaction is expected to close in 2023, subject to the receipt of required regulatory clearances and approvals and the satisfaction of other closing conditions, including the approval of Figma’s stockholders.

Adobe executives will comment on the acquisition of Figma today during a live conference call as part of Adobe’s quarterly earnings report, which is scheduled to begin at 7:00 a.m. Pacific Time.