A Strange legal case filed against Apple in Boston demands $10 Billion, accusing Apple's CEO, Board and Legal Team of Corruption+ 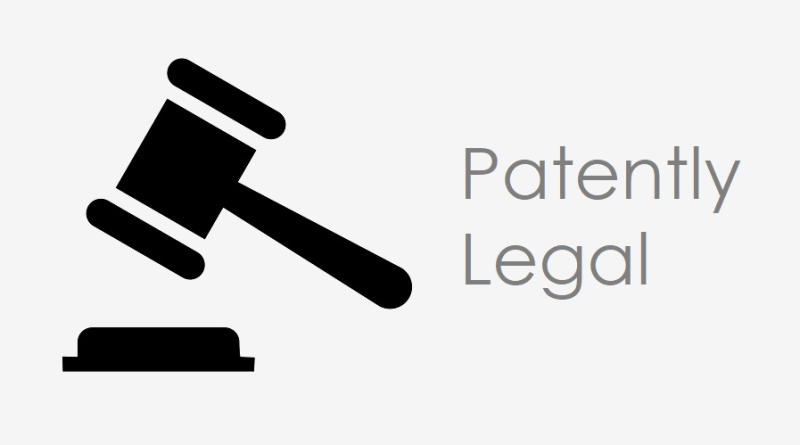 Adam John Mackintosh of San Francisco has filed a case with the District of Massachusetts (Boston) against Apple Inc. The court docket has categorized the nature of the suit as: "470 Racketeer/Corrupt Organization." Referenced on the docket is a demand for $10 billion from Apple, as presented in the image below 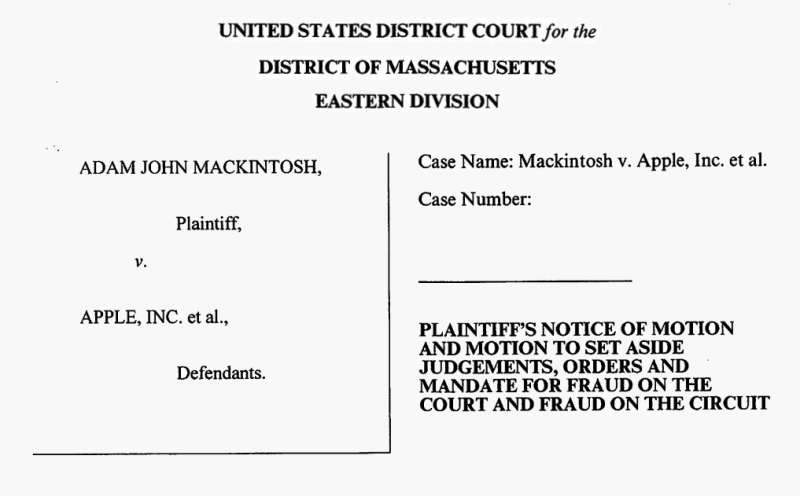 At one point, the Court Document Reads: "This motion is brought on the grounds that the Defendant's collective fraudulent litigation misconduct inside and outside of multiple courts constitutes fraud on the Court and fraud on the Circuit …"

The document further states that The Defendants continuous engagement in litigation misconduct includes and not limited to:

The document further states that "The misconduct was allegedly coordinated by Tim Cook, Apple's Board, their Subordinates and Counterparts, and perpetrated by corrupt government actors, non-parties and non-party witnesses, not limited to Apple's legal counsel, who are officers of the court, who ultimately tampered with the administration of justice, in a manner that wrongs not only the Plaintiff, but Congressional and District Courts, the United States Department of Justice, the United States Senate, Congress and the consuming public."

Lastly, the document further states that the "Plaintiff wishes to make known to the Court that he, in concept, believes that the circumstances of this instant motion may warrant, in the Court's sound discretion, the appointment of a special master …"

For more details, read Apple's full complaint filed with the court in the full SCRIBD document below, courteous of Patently Apple. Unfortunately, the Scribd document can't be enlarged for unknown reasons.