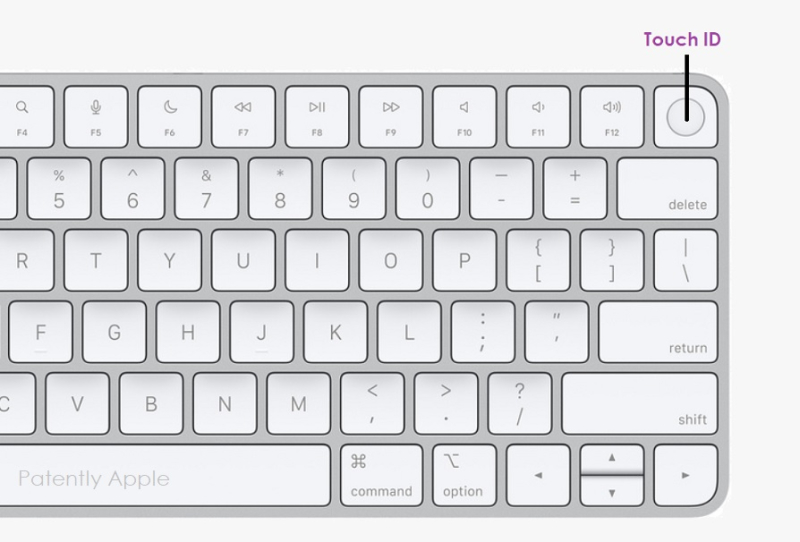 Late yesterday afternoon Patently Apple posted a report titled "The Revised iPad's Touch ID Button System could one day be applied to a Future Apple Watch."  While we're on the topic of Touch ID, a second patent application was published today by the U.S. Patent Office titled "Split Processing of Biometric Data." Apple's patent application explains that there's more to the Touch ID button system on a MacBook or Magic Keyboard that meets the eye. In order to secure the user's fingerprint data, the Touch ID button is only half of the equation, with the host device doing most of the heavy lifting in respect to security.

Apple notes that systems that make use of biometric authentication generally employ techniques to protect against the use of fraudulent biometric data to enable unauthorized users to gain access to the system.

Biometric data can be encrypted before transmission and can be maintained in an encrypted format until processed by a secure circuit on the host device.

In one embodiment, voltage data from which the biometric sensor data was derived may be reconstructed using the calibration data. The pre-processing can additionally include pre-validating the captured data to determine if the data is of sufficient quality to enable the host device to perform biometric authentication. In one embodiment, the captured data can be reduced from a capture resolution and/or bit depth to an analysis resolution and/or bit depth before pre-validation.

After pre-validation, if the captured data is determined to meet a minimum quality threshold, the captured data is relayed to the host device. The host device can then authenticate the user based on the provided biometric data. Multiple captures can be gathered from the biometric sensor by the processor on the peripheral device and pre-validated until an image of sufficient quality is captured to avoid spending cycles on the host processor for images that are known to be too low of a quality to be successfully validated.

Apple's patent FIG. 5 below illustrates a system 500 in which processing of biometric data is split between the peripheral device 105 and the host device 102. 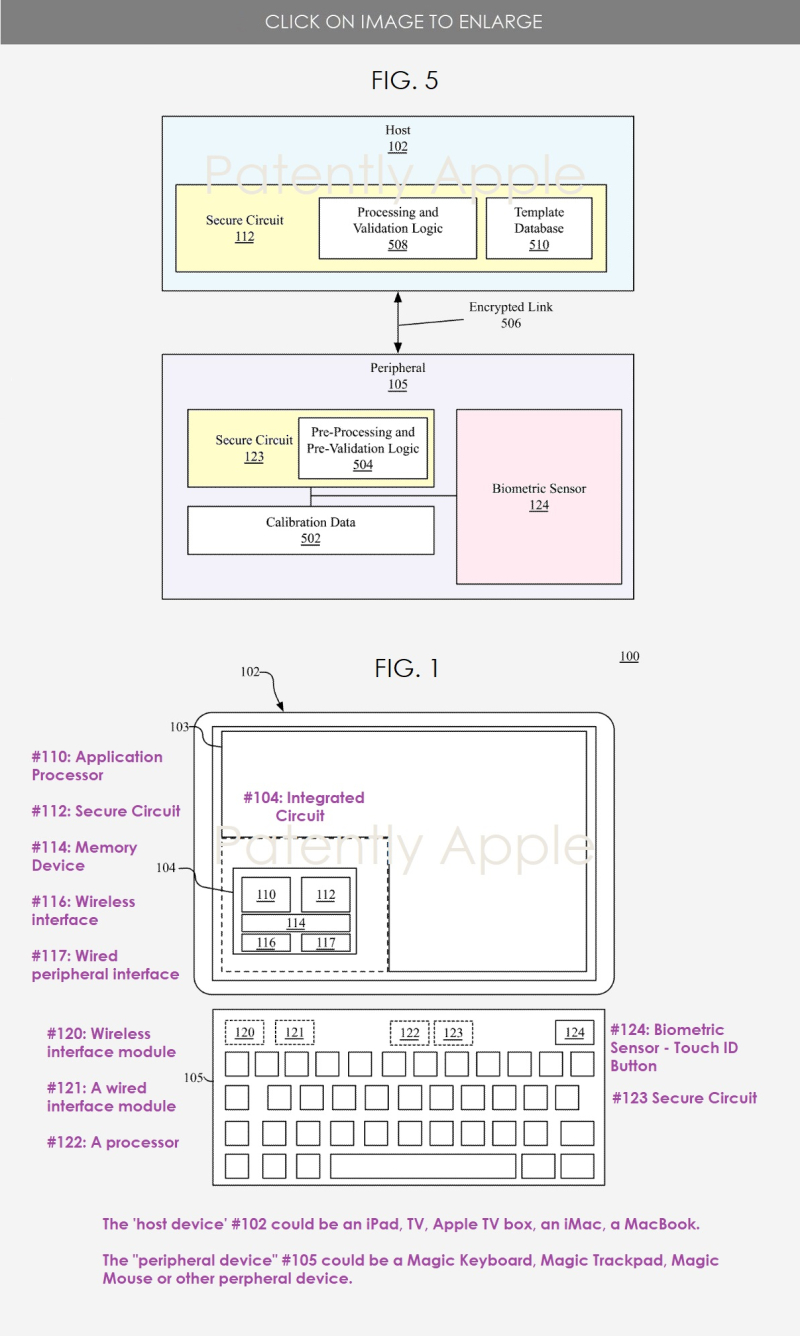