A Group of 4 Ex-ACT Employees Falsely Claim that while Apple isn't a member of ACT, it plays a Dominant role in shaping the Group's Policies 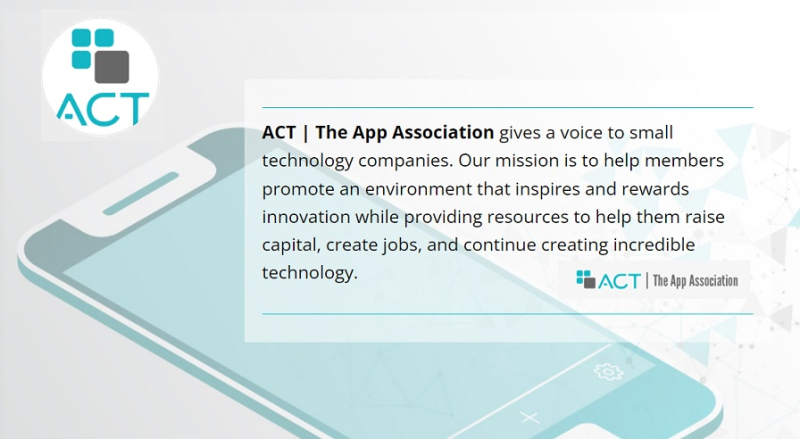 The App Association (ACT) brands itself as the leading voice for thousands of app developers around the world including Apple, Cisco, Microsoft, Intel and others. The association covers issues such as 'All Things FRAND', Antitrust issues, issues that are important industry issues and particularly to Apple.

A new report by Bloomberg this morning states early on that a group of four ex-ACT employees claim that "Apple isn’t a member of the association but plays a dominant behind-the-scenes role shaping the group’s policy positions."

Yet we linked to ACT's "All Things FRAND" webpage above where Apple is clearly listed as a member at the bottom half of the page. Clearly these four ex-employees have an agenda to advance in their account to Bloomberg.

On the ACT website Apple is listed on "All Things FRAND." Apple participates on that issue with ACT because they're in legal fights with Ericsson and others over FRAND. Apple has deep experience on this issue and it only makes sense that they would be involved in that segment of ACT. Apple is clearly not "behind-the-scenes" as angled by the mysteriously unnamed ex-Act employees.

Of course, entities like Epic Games want to influence Bloomberg's article by first stating that Apple isn't a member and that it lurks behind-the-scenes to paint the article with mischievous Apple activity. The Bloomberg report states: "In fact, critics note, the association’s lobbying agenda tracks closely with Apple’s -- even when it’s at odds with app developers, the companies that make the individual games and programs that run on Apple’s iPhone and other devices."

We later learn in the Bloomberg report that Rick VanMeter, a former congressional aide who is the head of rival developer group Coalition for App Fairness, [which represents Epic Games, Facebook and others that are pushing antitrust issues in Congress against Apple] said ACT’s purported representation of app developers is deceptive, given its relationship with Apple. “When you pretend to be something that you’re not in order to make a point, that’s bad for the lawmaking process,” said VanMeter.

The relationship between Apple and ACT illustrates how big companies quietly pour money into outside groups that promote their agenda in Washington. ACT representatives regularly testify in Congress, file court briefs in defense of Apple’s positions and host annual 'fly-in' meetings for developers with lawmakers."

ACT executives defended Apple's roll in ACT. ACT President Morgan Reed said in an interview that it “doesn’t pass the laugh test” to say the association is fronting for Apple.

Reed Added that “Our job is to make sure we’re paying attention to the way that government can have an impact, unintended or otherwise, on all of those small businesses making cool software products."

Reed and other ACT executives said that they determine policy positions based on the preferences of their members and don’t take direction from Apple, though they take Apple’s positions into account.

Proposed antitrust legislation advancing in Congress would loosen Apple’s grip over the App Store and enable developers to circumvent the company’s cut. The measure, known as the Open App Markets Act, is backed by the Coalition for App Fairness.

But ACT opposes the bill, arguing it would threaten the privacy and security of the App Store, echoing Apple’s talking points against the bill. Though it must be said that ACT’s executive director, Chelsea Thomas, is a former lobbyist on Apple’s government affairs team.

“Understanding what bigger players in the ecosystem are thinking on policy issues is important to us to understand where the conversations are going,” Thomas said.

ACT’s work has also drawn scrutiny from some of the developer world’s biggest players. Tim Sweeney, chief executive officer of Epic Games Inc., called the association “Apple’s fake ‘small app developer’ lobby” in a June tweet." In that context, it's clear who the mysterious four ex-Act employees are cheering for. Hint, it's not Apple.

Epic Games, a member of VanMeter’s Coalition for App Fairness, lost an antitrust case against Apple involving the App Store last year, but did win on some unfair competition claims. Both sides are appealing. ACT supported Apple in the case.

“Is it unreasonable that there is a major donor whose position also aligns and supports all the small contributors in this space?” said Thomas Gorczynski, an ACT member and founder of software development agency DevScale.