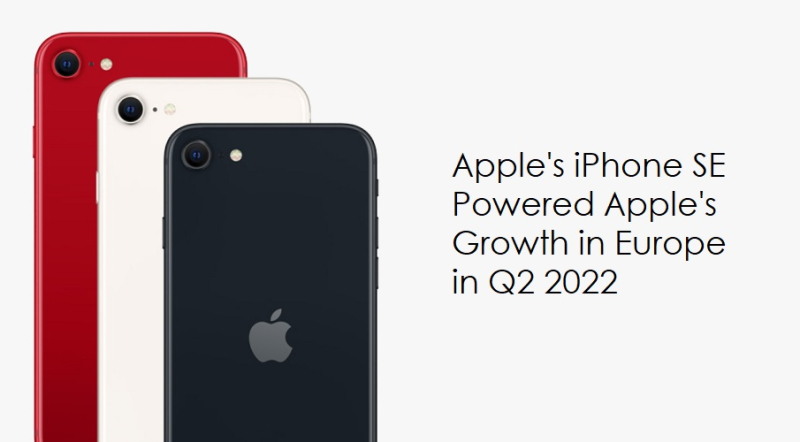 It’s being reported this morning that the European smartphone market declined by 11% year-on-year in Q2 2022, registering the lowest quarterly total since the early part of the COVID-19 pandemic. A deteriorating economic climate and ongoing geopolitical uncertainty continued to hamper both Europe’s and the world’s recovery from the COVID-19 pandemic and chip shortages.

Although the general European smartphone market declined, Apple and Samsung actually grew Year-over-Year through this negative storm. The Counterpoint chart below shows that Apple grew 3% while Samsung grew 5%. The three Chinese OEMs Realme, Oppo and Xiaomi declined, with Xiaomi declining the most at -8%. 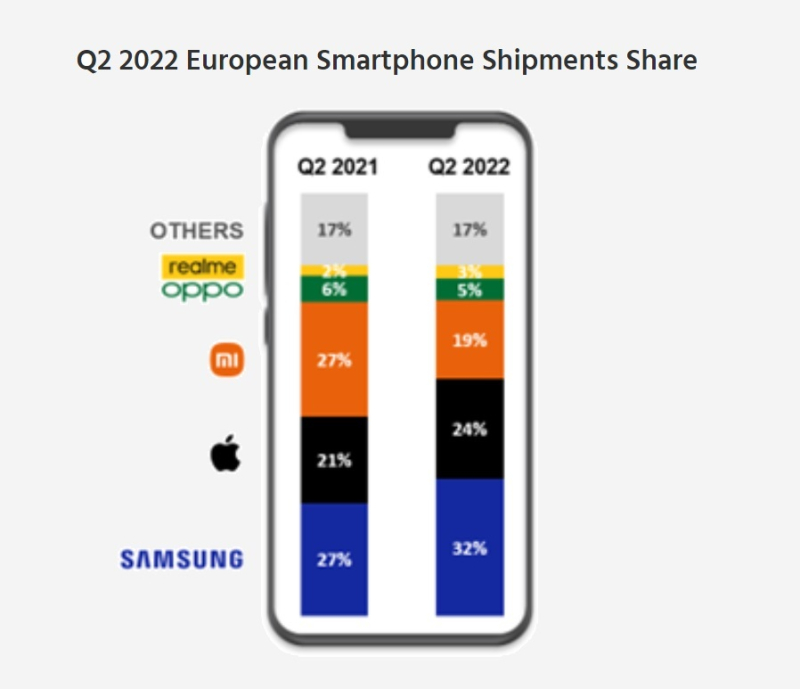 Apple also grew both shipments and market share year-on-year in Europe – largely due to the launch of the 5G-enabled iPhone SE.

Commenting on the outlook for the rest of the year, Stryjak added “the situation in Europe unfortunately remains bleak. Many countries in Europe are slipping closer to recession, and domestic political tensions in numerous countries beyond Russia and Ukraine are rising, for example in France, Germany and the UK. For more, read the full Counterpoint report.