Home Archives Contact Us Subscribe Twitter Facebook Patently Mobile
Apple marks 40 years in Australia with New Commitments to protect the planet & New Coding Opportunities for growing the iOS app economy
On the Heels of the Finale of its hit Dramedy 'Physical,' Apple signs it up for a Third Season 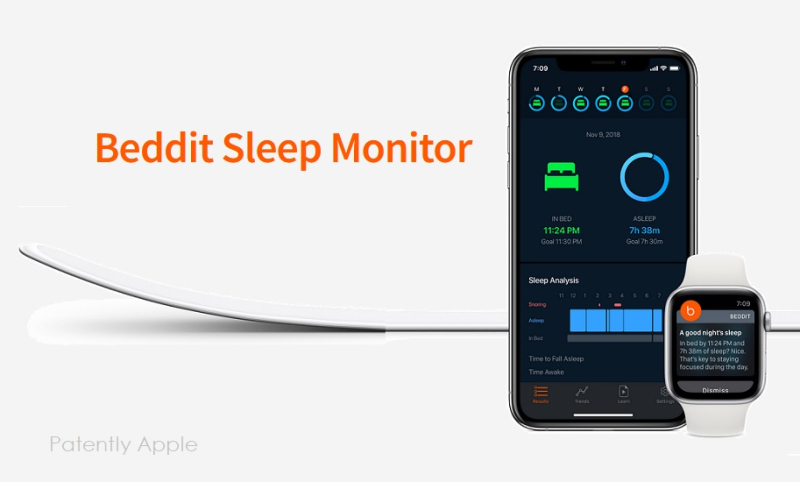 In 2017 Apple acquired Beddit, a company that developed a Sleep Tracking device back  in 2017. Since that time Apple's engineers have advanced the technology that may be used in future versions of the monitoring system (patents 01, 02 and 03).  Today the US Patent & Trademark Office published a patent application from Apple that updates the original 2017 patent that was never covered by Patently Apple.

The original patent states that the invention covers monitoring systems and sensors for physiological measurements. The sensors can be multi-element piezo sensors capable of generating multiple electrical signals, whereby the monitoring systems can receive the multiple electrical signals to analyze the user's vital signs along multiple regions of the user's body. In some examples, the piezo sensor can include one or more corrugations, such as peaks and valleys, to create localized regions with increased mechanical response (e.g., sensitivity) to force. 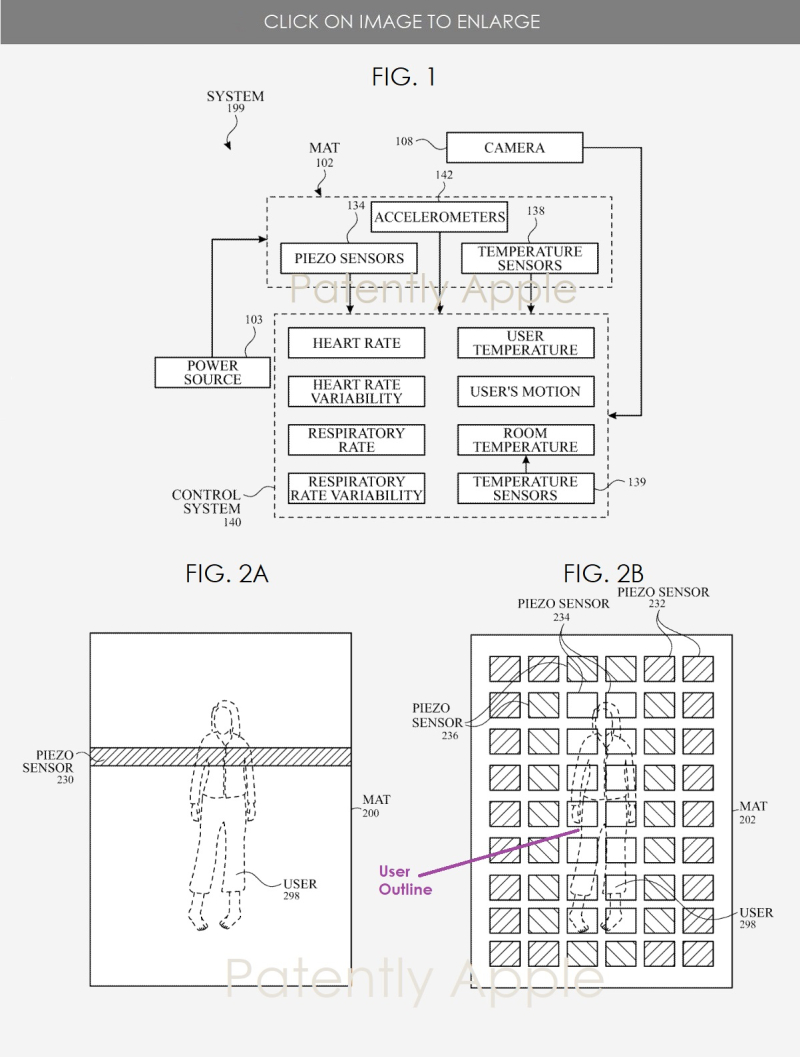 At times you have to wonder what Apple wants to do with Beddit, considering that the product has yet to really advance like their patents have presented. Further, the last detailed review of the product that I found was written by MacRumors way back in 2019.

In 2020, Apple introduced watchOS 7 which added Sleep Tracking. Apple noted at the time:

"With watchOS 7, Apple Watch introduces sleep tracking, taking a holistic approach to sleep by providing valuable tools to help users get the desired amount of sleep, get to bed on time, and create a pre-bedtime routine to meet their sleep goals. Through the detection of micro-movements from the watch’s accelerometer, which signals respiration during sleep, Apple Watch intelligently captures when the wearer is sleeping and how much sleep they get each night. In the morning, the wearer will see a visualization of their previous night’s sleep, including periods of wake and sleep. They will also see a chart showing their weekly sleep trend."

Exactly where Apple is headed with Sleep Tracking is unknown at this time. Will they continue to advance their Apple Watch feature and fade out Beddit or will they advanced their Beddit system and tie it in better with Apple Watch over time? Only time will tell.