Video Report: TSMC Chairman warns that their Chip Fabs wouldn’t be Operable if China were to Invade Taiwan 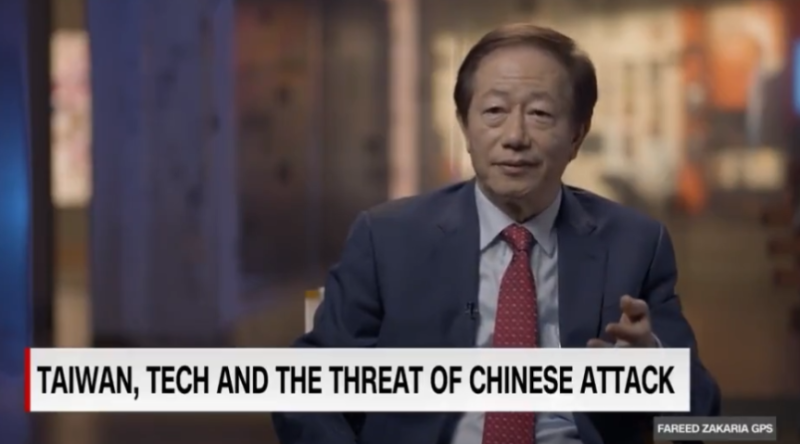 It’s great to know that TSMC’s advanced chip plant will be opening in Arizona in the first half of 2023 in light of the escalating tension between the U.S. and China over Taiwan, especially with Pelosi’s visit that began yesterday. We can only hope that TSMC’S Arizona plant could be fully operational ahead of any major conflict or incident between China and Taiwan.

It’s with this escalation in mind that CNN’s Fareed Zakaria sat down with TSMC chairman Mark Liu for a rare interview. The big question of course was what would happen to TSMC if China invaded?  It’s a scenario that’s been envisioned for years, but now, for the first time, seems like a real possibility. In the interview, Liu was defiant when asked about a theoretical invasion. “Nobody could control TSMC by force.” His reasoning is presented in the interview presented below.

Part One of Interview

Below is Part 1 of the interview between TSMC’s Chairman Mark Liu and Fareed Zakaria on the Chinese threat to Taiwan and TSMC.

Taiwan, tech, and the threat of Chinese attack: Part 1 of my conversation with TSMC Chairman Mark Liu, from today's GPS pic.twitter.com/xTGR1ovEoC

How has Taiwan achieved tech stardom and economic growth in the shadow of tensions with mainland China?

What would a war mean for that "miracle"?

Part 2 of my conversation with TSMC Chairman Mark Liu: pic.twitter.com/HgwZLSwBzt

Bloomberg reported earlier today that “One of Nancy Pelosi’s key meetings on her whirlwind tour of Taiwan reportedly is TSMC, the island’s most valuable company and world’s biggest contract chipmaker. In the video below, there are segments in English followed by a portion in Taiwanese followed by English etc.

The US House Speaker is meeting Taiwan Semiconductor Manufacturing Co. Chairman Mark Liu on Wednesday to discuss Congress’ recently passed Chips and Science Act and its $52 billion in subsidies for new chip manufacturing plants on American soil, according to a Washington Post report. It’s a notable stop in an itinerary otherwise packed with government agencies and symbolic photo ops and underscores not just the strategic importance of the island, but its outsized technological weight in the global economy.

TSMC and peers like Samsung Electronics Co. have had to strike a balance between the US and China, as Washington’s attempts to thwart Beijing’s technological ambitions escalate. Part of the Chips and Science Act passed this week said that companies receiving funding must promise not to boost production of advanced chips in China. For more on this, read the full Bloomberg report.