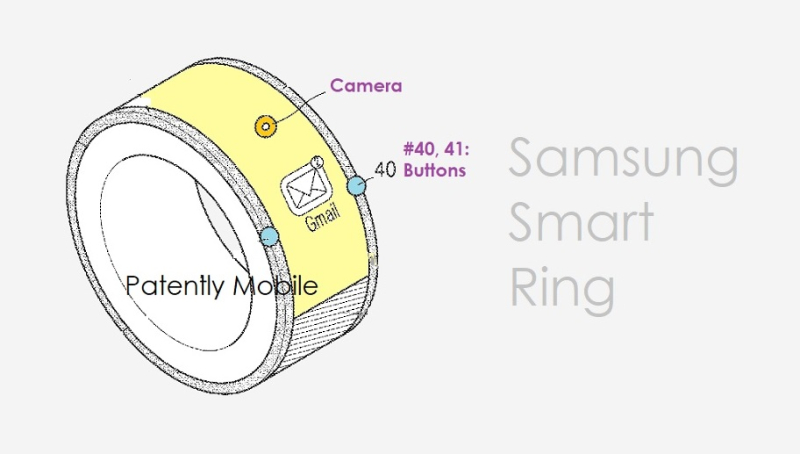 Apple was the first big tech company to apply for a smart ring patent. They filed for the patent in 2014 and it was published by the U.S. Patent Office in October 2015. Patently Apple posted a report on this patent titled "Apple introduces us to the Apple Ring in all its Glory." The cover graphic that we used for that report is presented below. 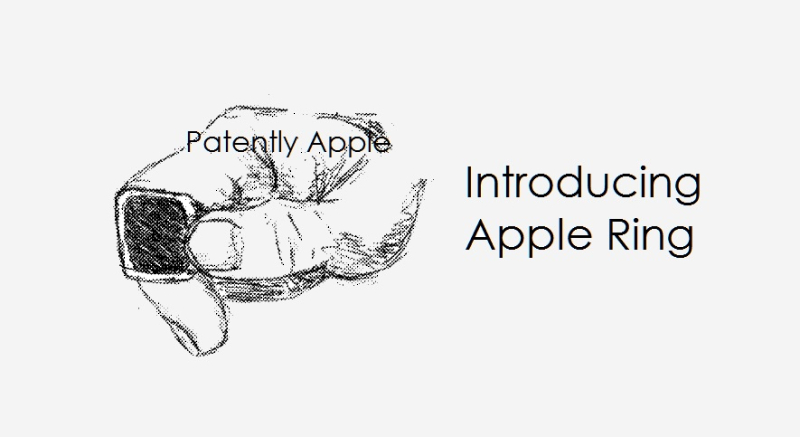 When Apple patents a new concept, you know that Samsung can't be too far behind. Our other IP site Patently Mobile covered Samsung's first smart ring patent back in late December 2015, two months after Apple's published patent filing.

Since that time Patently Apple has covered several new Apple smart ring patents (01, 02) including one that was just granted to Apple on Tuesday in our report titled "Apple wins a patent for a Specialized Smart Ring System to be used primarily in context with Mixed Reality Applications."

All of Apple's most recent smart ring patents have focused on using it primarily being used in conjunction with Apple's future Mixed Reality headset. When the 2015 patent surfaced, a mixed reality headset wasn't on Apple's radar screen, at least not publicly in patents.

Amazon got to market first with a smart ring branded the 'Echo Loop,' for the purpose of being first and looking like a hardware innovator. They introduced it in September 2019. In November 2020 Amazon killed this product.

At the end of July, a new smart ring patent from Samsung was published by the U.S. Patent Office and listed in Europe as well. Unlike Apple, Samsung is developing their smart ring as a potential universal remote control that could control everything from notebooks, smartphones, televisions, air conditioners and more. 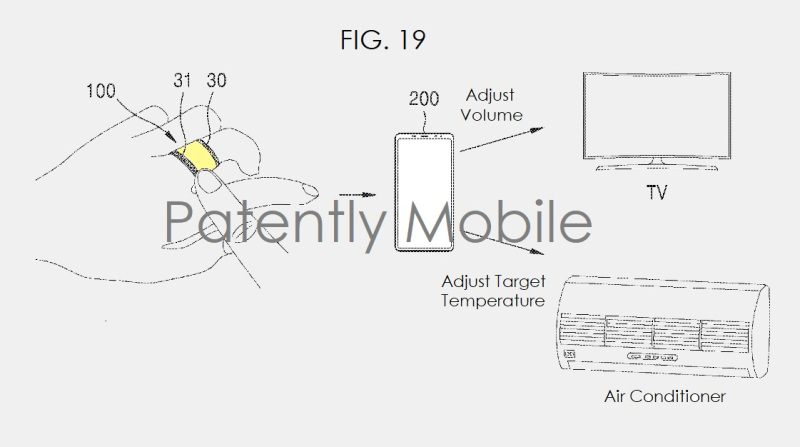 In addition, the smart ring could include a photoplethysmogram (PPG) sensor on an inner circumferential surface of the ring-shaped body that could provide users with electrocardiogram (ECG) based on data from the data processing unit. The wearable device may include a ring-shaped body, and an image display unit having a touch sensing function and surrounding an outer circumferential surface of the ring-shaped body. 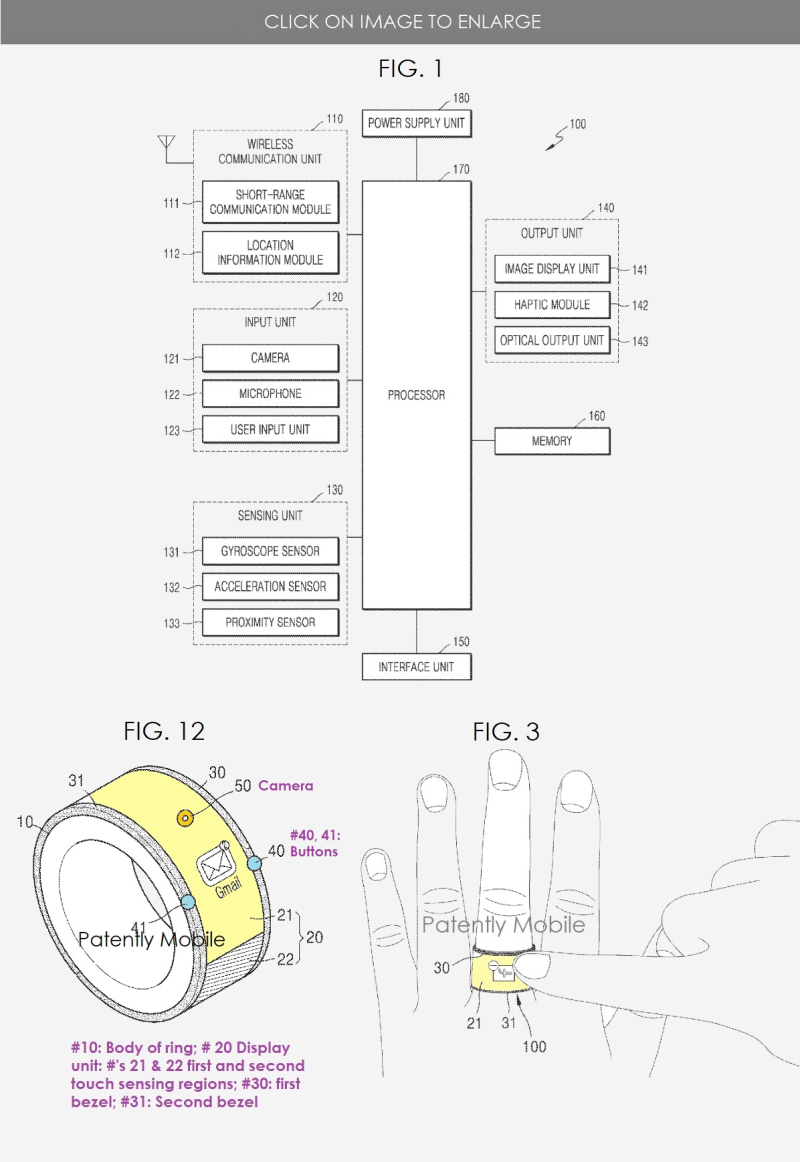 In Samsung's patent FIG. 20 below we see the user wearing the smart ring (#100) may set the control target to a laptop from among the external electronic devices The user can then may perform various tasks such as word processing or PowerPoint or Internet surfing, by using the laptop. For example, functions of the first ring bezel (#30) and the second bezel (#31) may be set such that, while performing a certain task on a PowerPoint document, the user may activate a go-to-previous-slide function by rotating the first bezel, and activate a go-to-next-slide function by rotating the second bezel. 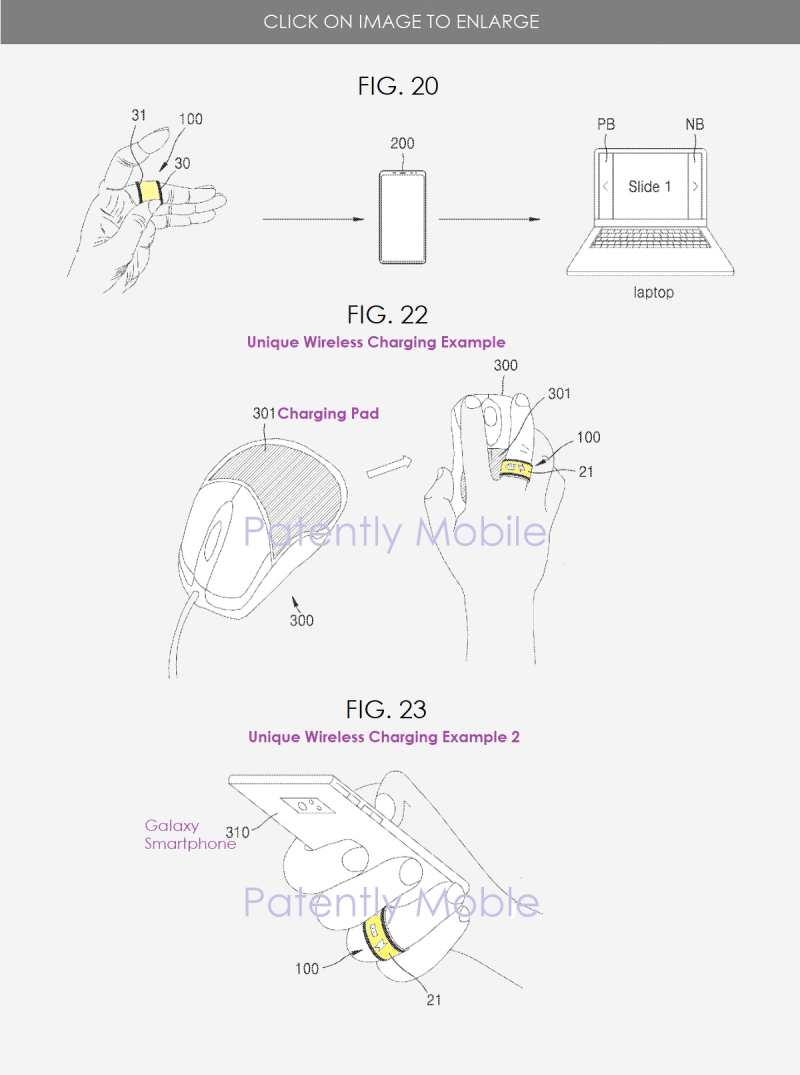 Samsung's patent FIGS. 22 and 23 illustrate unique wireless charging options. In FIG. 22, a Samsung computer mouse could be designed with a wireless charging pad right on the top portion of the device wherein the user can charge their smart ring when using their mouse. That's actually a pretty cool idea. The same with the user holding a future Galaxy Smartphone. Evidently the ring doesn’t have to touch the wireless charger, just be near enough to it.

Samsung's patent goes on to describe the ring's use with a Samsung TV and a bicycle as illustrated in Patent FIG. 27 below. 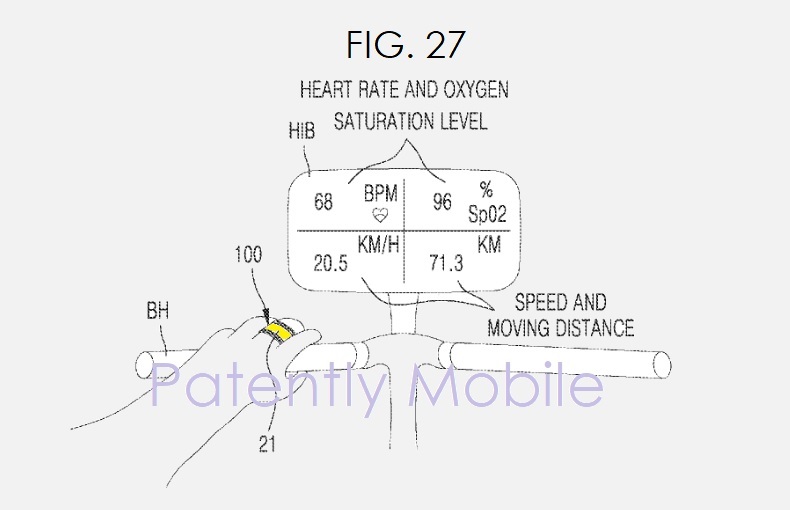 More specifically, in Samsung's patent FIG. 27 above, we're able to see that the smart ring (#100) may be configured to transmit and receive data to and from the external electronic device mounted on the bicycle or motorcycle through the wireless communication unit (#110 of FIG. 1 above) while the wireless charging is being performed by the wireless charging device included in the handle bar (HIB). In this case, the external electronic device HIB may be an electronic health-information board configured to measure health information-related data of the user (e.g., a heart rate, an oxygen saturation level, a moving speed and a moving distance of the user, and the like.) and provide the health information-related data to the user as an image.