Like Apple, Facebook has been Granted 2 Patents in August relating to Future Accessories for High-End Mixed Reality Headsets 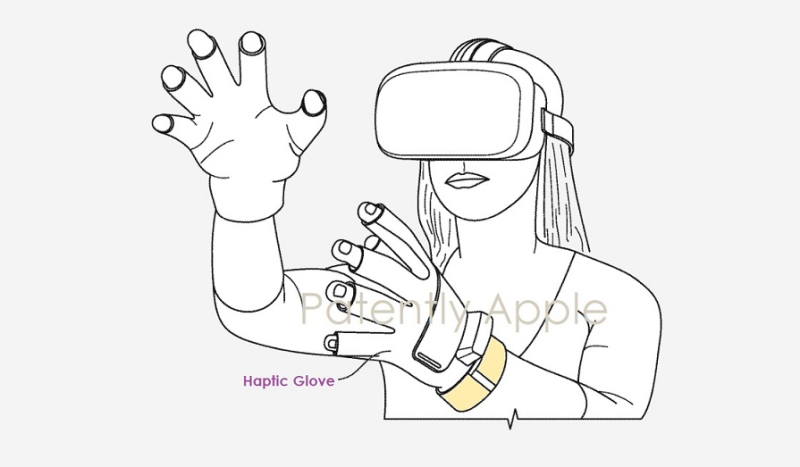 Earlier this month, Patently Apple posted a couple of Apple's granted patents relating to possible future Mixed Reality accessories in the form of rings and standalone finger mounted devices and/or a glove with a few patent figures from those reports presented below. At this point it's obvious that Zuckerberg's Meta is going to be one of Apple's key competitors for future of high-end headsets with breakthrough display technology for a wide range of applications for gaming, education, business, social media and beyond.

Just as with Apple's recent granted patents for smart rings and finger mounted devices as standalone devices or in the form of a glove, Facebook was also granted a pair of patents relating to MR Headset accessories in various forms in August thus far.

In Facebook's first granted patent we're first introduced to a series of AR related devices and accessories starting with patent FIG. 1 below illustrating a rather futuristic AR headband.

As shown, the augmented-reality system may not necessarily include a Near-Eye Device (NED) positioned in front of a user's eyes. Augmented-reality systems without NEDs may take a variety of forms, such as head bands, hats, hair bands, belts, watches, wrist bands, ankle bands, rings, neckbands, necklaces, chest bands, eyewear frames, and/or any other suitable type or form of apparatus.

While the augmented-reality system may not include an NED, the AR system may include other types of screens or visual feedback devices (e.g., a display screen integrated into side of frame #102). 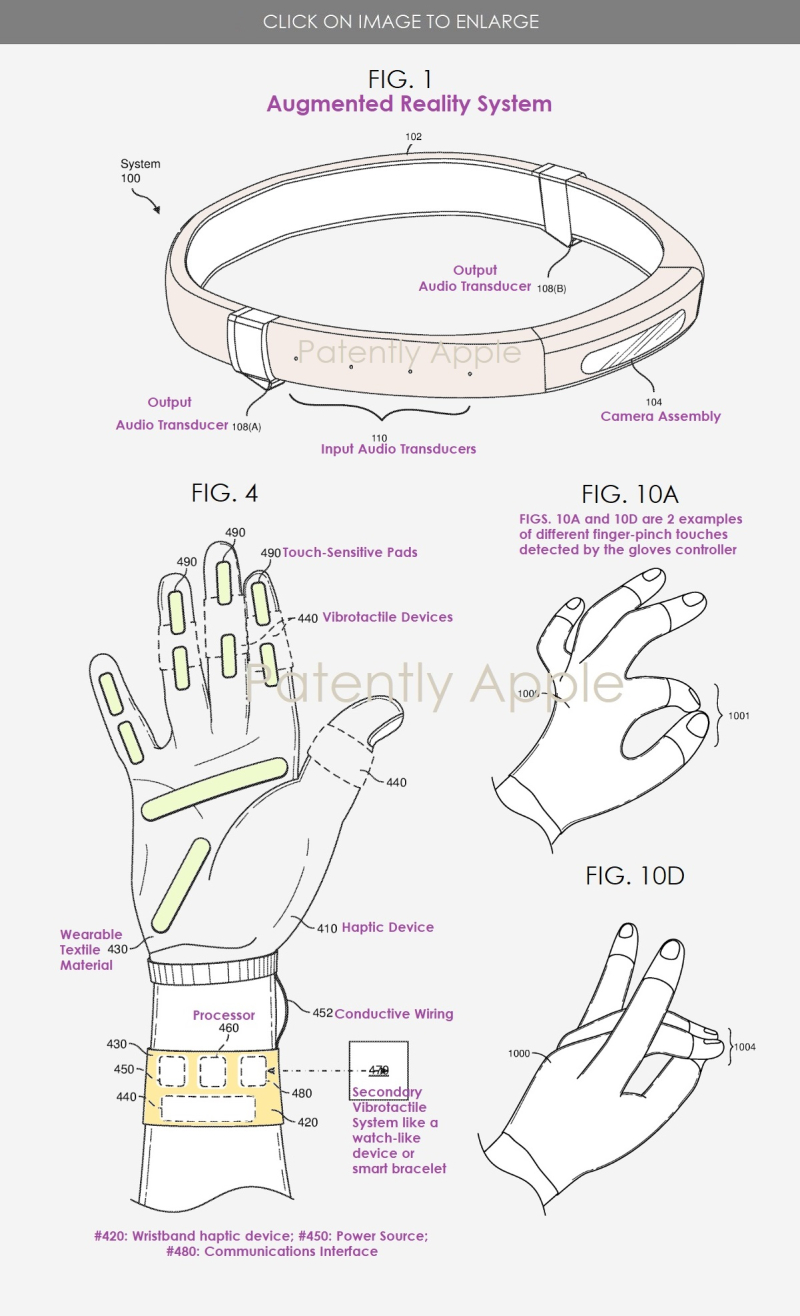 Facebook's patent FIGS. 10A and 10D are examples of pinch-style gestures for the smart gloves that the controller will translate into various actions or access certain features. 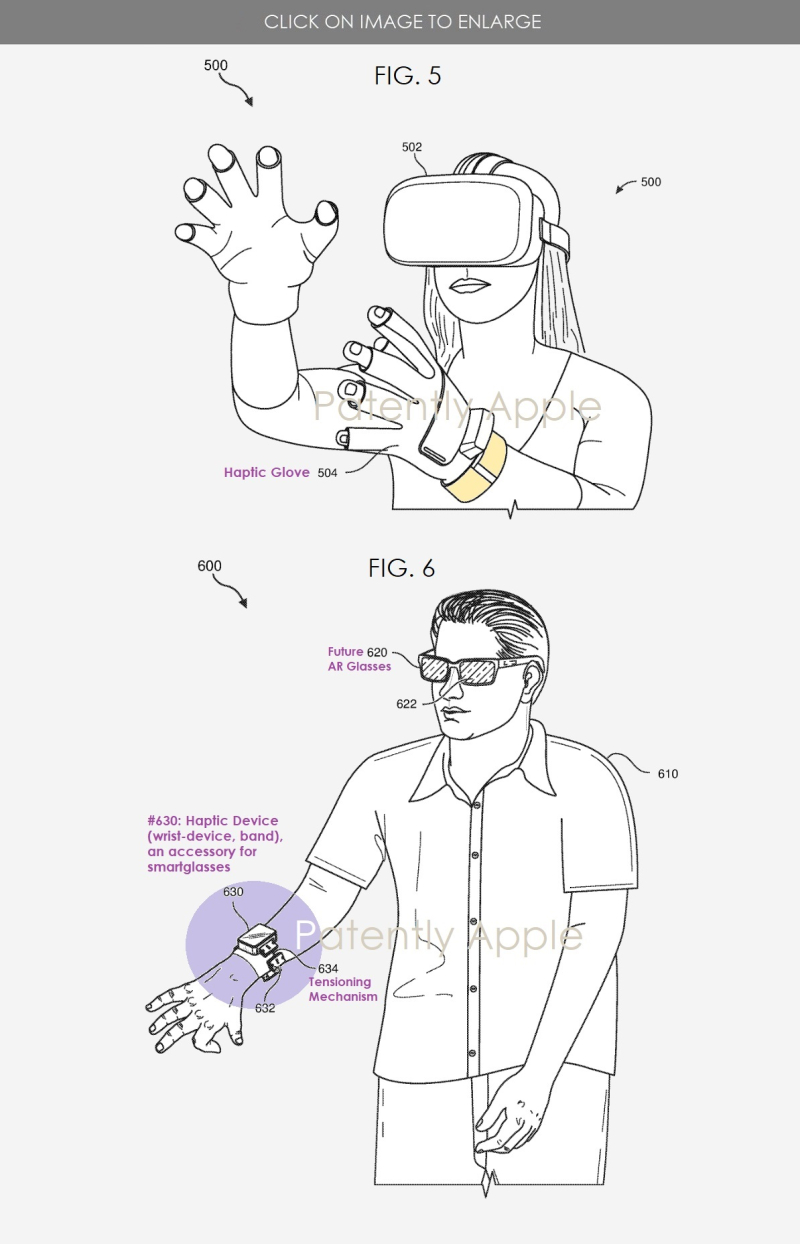 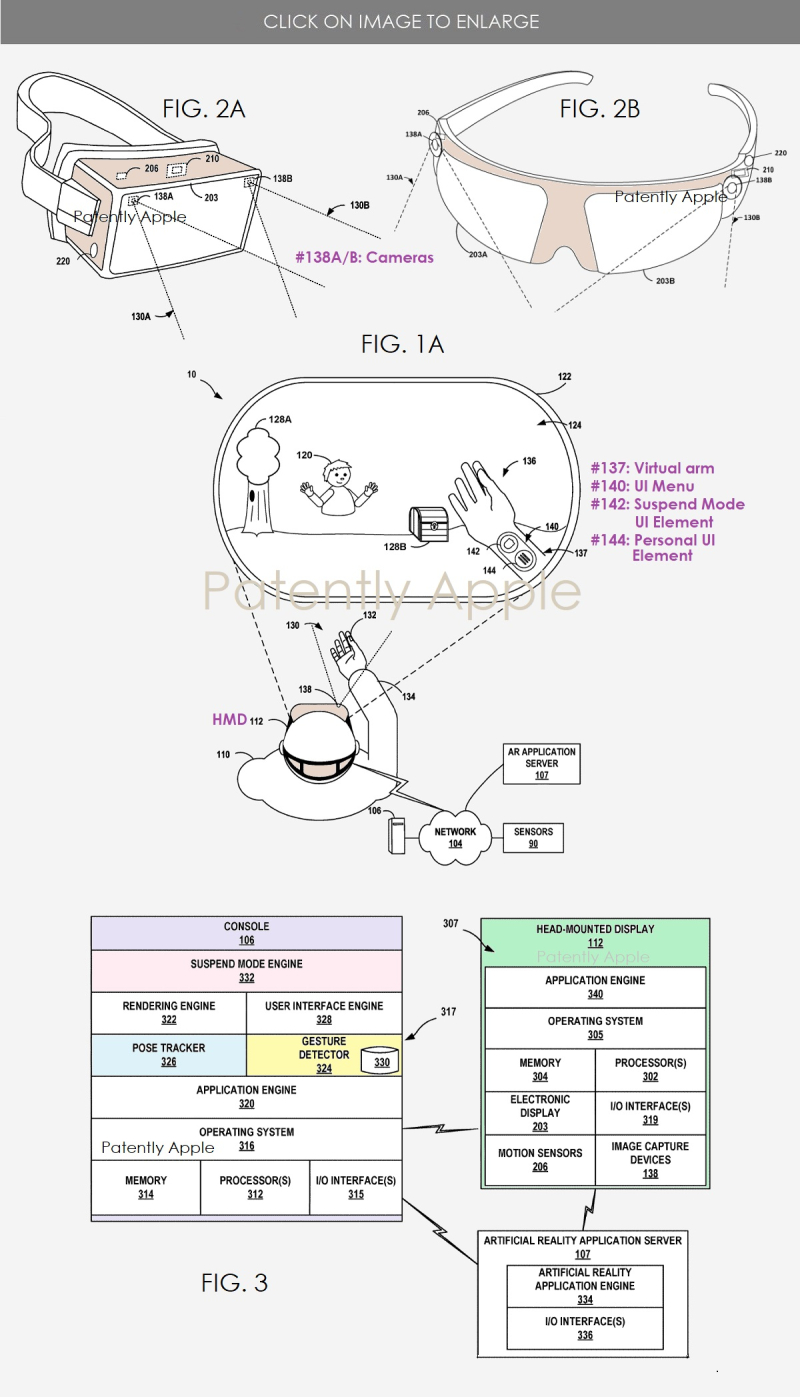 At present, Patently Apple has posted 360+ patent reports relating to future features for Apple's headsets without really having an overview of their overall mission, which is to be expected.

Though to be sure, Apple's entry into the world of Mixed Reality is going to be a massive endeavor. It's also likely to spark a war with Meta right out of the gate.

Yet with any new product category, it may take some time before consumers / Apple fans jump in. The initial barrier is likely to be the cost of these advanced headsets, something that CNBC posted an extensive report on yesterday titled "Apple and Meta headsets could face a big challenge: Sticker shock."

Yet beyond endless evolutionary iPhone upgrades, we'll finally be getting an exciting new product category to explore from hardware to new user interfaces to new applications and accessories. I can't wait for the journey and the category war to begin. How about you?